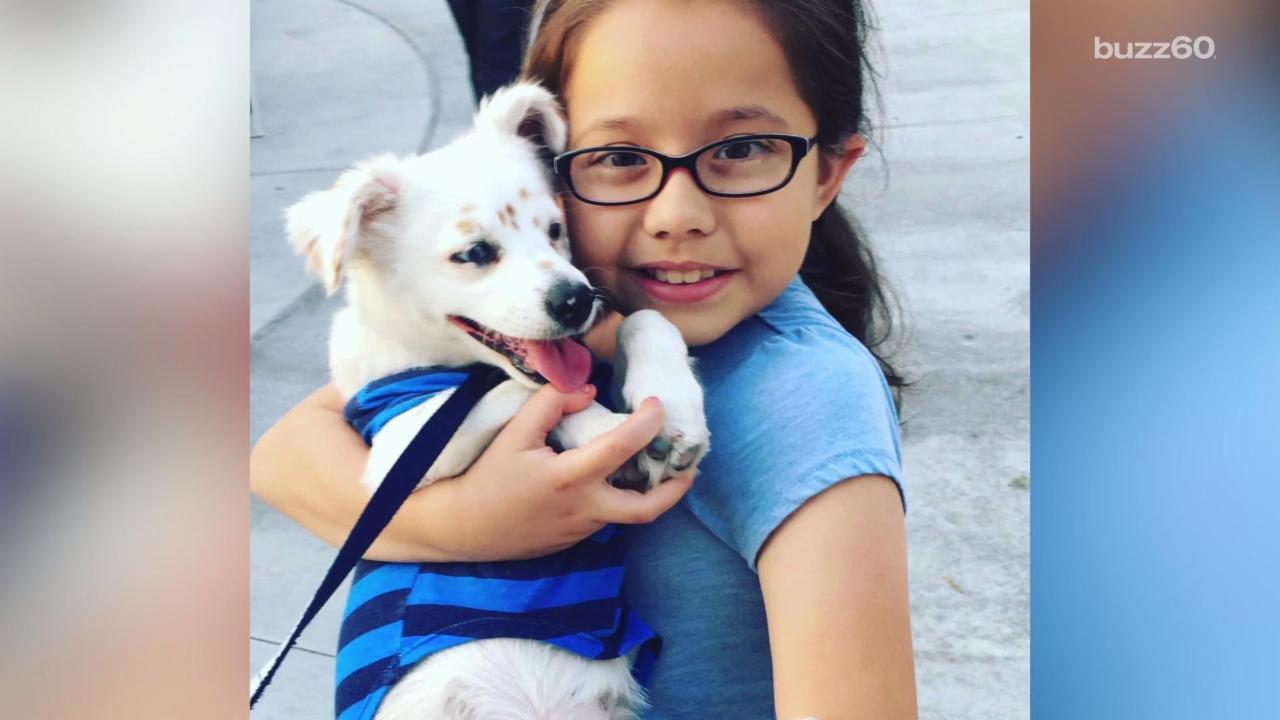 Ten-year-old Julia and her rescue dog, Walter, were both born deaf. Now, Julia is practicing her sign language skills with her very adorable (and hairy) student.

A new video from the Pasadena Humane Society and SPCA tells 7-month-old Walter's adoption story, which begins with Julia's mother, Chrissy, realizing the two were meant to be together.

"When I first held Julia, since she couldn't really hear my voice, she would smell my neck," Chrissy says in the video. "And when I first held Walter, he did almost the same exact thing.

"I remember looking at him and I knew he was meant to be ours," she added.

The two also love to play in the yard together. (Walter always waits patiently for Julia to finish her homework, of course.)

If Walter's playfulness is any indication, we assume he feels the same way.