Woman ticketed for taking fawns into her home 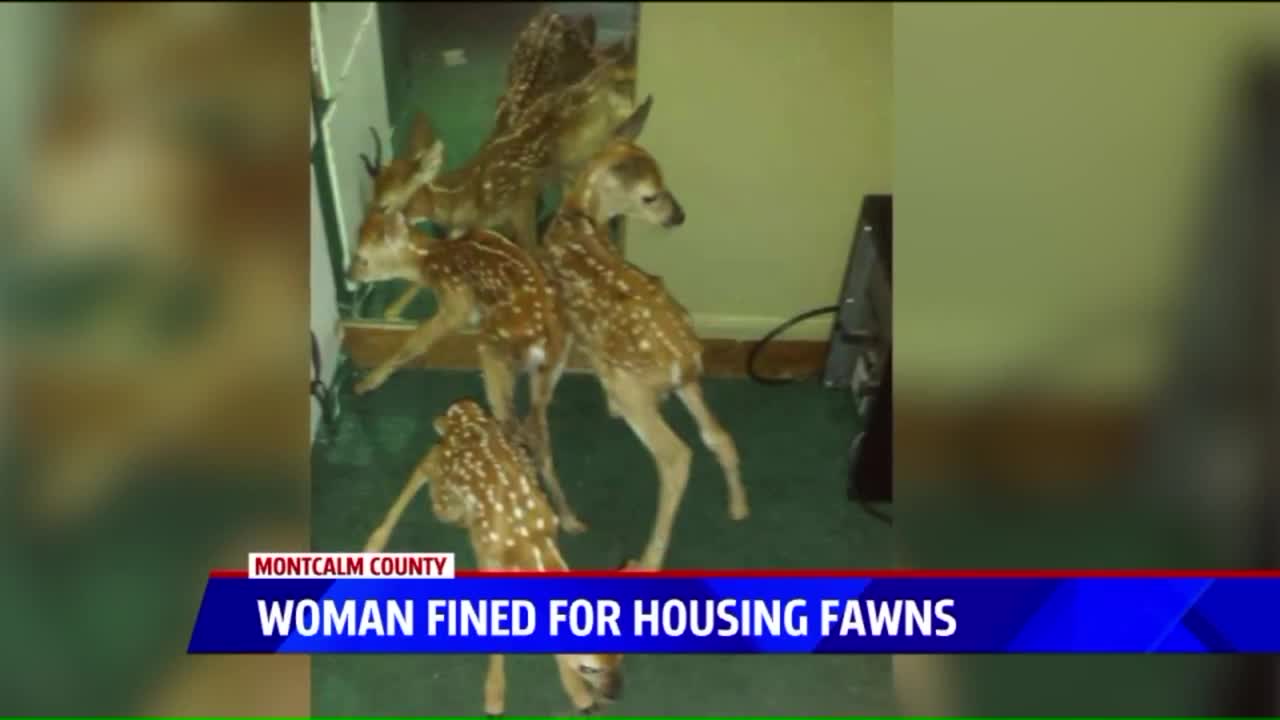 MONTCALM COUNTY, Mich. - A Montcalm County woman was fined nearly $600 for taking four baby deer into her home from the wild and apparently trying to keep them as pets.

Karen Hofstetter took pictures of the fawns, including a selfie, inside a home then posted them on Facebook in May. When the Michigan Department of Natural Resources found out, they rescued the four animals, and Hofstetter was ticketed for violating Michigan law.

Two of the deer are being rehabilitated by the DNR. One was released back into the wild. One died on its way to the Montcalm County rehabilitation center.

"The lady continuously lied to our officer and actually she posted a post after she got charged that from now on, every animal that she contacts in the woods, she was going to kill," said DNR Sgt. Ron Kimmerly.

After pleading guilty to illegally capturing and housing the deer, Hofstetter was convicted of one of four misdemeanors which carried up to a $1,000 fine each. According to the DNR, she found the fawn near a creek on North Douglas Road between Edgar Road and East Tamarack Road.

Showing a picture of her tickets on Facebook, Hofstetter went on a profanity-laced tirade against the DNR, ending with this threat to all other animals when she wrote: "Any animals I see from today until the day I finally [expletive] die, I'm going to kill. Snapping necks [expletive]."

"This lady like I said was completely blatant: lying to the officers, trying to hide the deer," said Kimmerly. "This was an unusual case."

An unusual case Kimmerly said for something that occurs normally in nature: when a doe gives birth, Kimmerly said they temporarily leave it to avoid the fawn having a scent, then come back for it.

"99.9 percent of the time when the people come in contact with these little fawns, everything is perfectly fine, just leave them alone, the mom will come back after dark," he said.

"When they touch the fawn and bring the fawn in, it's pretty much a death sentence for the deer."

FOX 17 was unable to get comment from Hofstetter as of Wednesday evening.