The sneaky trick to being likable in interviews 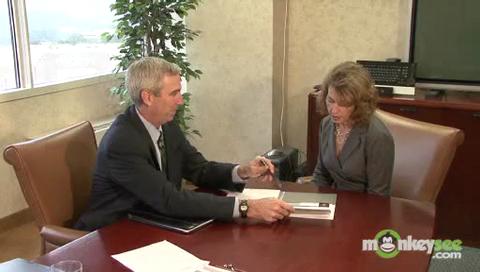 We've all been on a job interview and thought, "What can I do to make this person like me enough to offer me the position?" That's because it takes more than experience to get the job. If the hiring manager doesn't think you're a "cultural fit" (aka your personality won't mesh with the rest of the team), you're out of luck.

Well, it turns out you may have more control over the hiring manager's opinion of you in the interview than you realized...

In his new book, Invisible Influence: The Hidden Forces That Shape Behavior, Jonah Berger offers evidence to support the use of discreet mimicry as a way to connect with someone you are trying to influence. Berger says, whether we realize it or not, humans are hard-wired to imitate each other and react to being imitated. Specifically, he cites studies that showcase individuals who subtly mimicked their opponent were five times more likely to get what they wanted in negotiations than people who didn't. And, while the hiring manager isn't necessarily your opponent, she or he is someone you need to win over. Which means, if you want that job, it's time to pay attention to the interviewer - and act accordingly!

RELATED: 13 words you should never use to describe yourself

13 words you should never use to describe yourself
Up Next

While you should read the book to better understand the concept and how not to "overdo" your mimicry, here are some simple tips for doing a better job of mirroring in the interview.

Tip #1: Pay attention to their level of animation. Some people are more controlled in their body language (i.e. don't move a lot and keep their hands in one place), whereas others are more animated (i.e. use their hands when talking and move around in their chairs). Paying attention to the energy level of the interviewer's animation can help you adjust your own style accordingly.

Tip #2: Follow their facial expressions. Similar to the animation level of their body language, some people are more reserved (i.e. don't smile a lot and are harder to read), whereas others are more expressive (i.e. use facial expressions to convey their feelings on a subject). Consider adjusting your own facial expressions and voice tone to mimic those of the hiring manager.

While mimicry could help you be more likable in your next interview, nothing is as effective as proper preparation. Thorough interview prep is a vital part of building up your self confidence so you can stay calm and nail the interview. Plus, the more prepared you are, the more likely you'll be to have the presence of mind to pull off some mimicry with success.

More from Inc.
The morning rituals of Elon Musk, Richard Branson and Jeff Bezos
A lesson from Steve Jobs on commanding respect
8 bad habits that destroy your creativity