TBT: Kevin Durant is actually no stranger to switching teams

Kevin Durant has been dominating the news lately, due to his now-infamous decision to join the Golden State Warriors (and the flak he received for that decision), but KD is no stranger to switching teams.

That might come as a shock to some, since up until this point Durant has spent his entire professional career with the Oklahoma City Thunder organization, after being drafted by the Seattle Supersonics in the first round of the 2007 draft and following the team on their move to Oklahoma.

If you go back to high school, however, the tale is different. Durant, who was born in Washington, D.C. and spent his entire young life in the area, actually attended and played basketball at three different high schools.

See Kevin Durant throughout his career:

KD spent two years at National Christian Academy in Fort Washington, Maryland before transferring and spending the next year at Oak Hill Academy in Virginia. For his senior year, Durant switched to Montrose Christian School. Before the basketball season even began, he sprouted up another five inches and committed to the University of Texas.

Even at college, Durant could only handle one year of commitment. Durant was named the Naismith College Player of the Year after the 2006-07 season with the Longhorns, and declared for the 2007 draft. He was selected second overall by Seattle and the rest, as we know, is history.

Durant hasn't technically signed with Golden State yet, so there's still a tiny chance that he's a one team man. We doubt it, though. 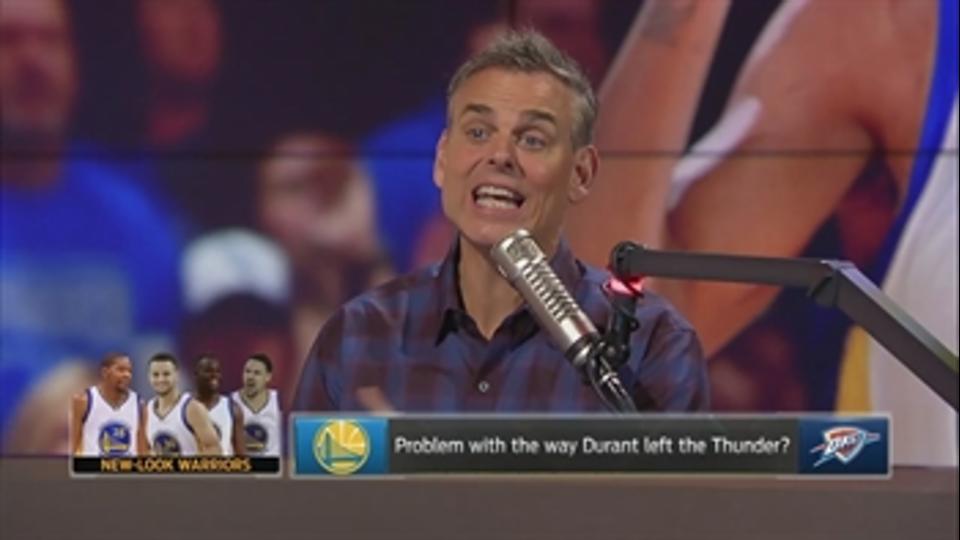