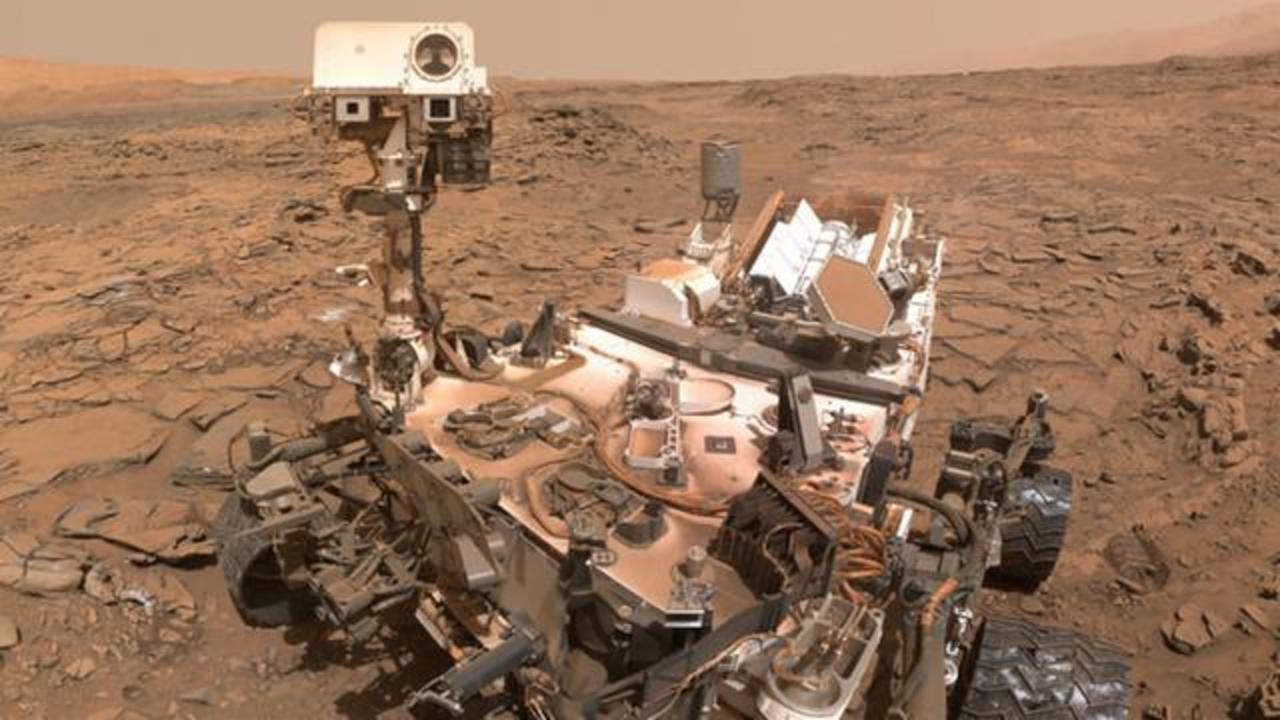 On July 2, NASA's Curiosity Mars rover switched itself into safe mode, ceasing a host of functions including communications with ground control.

It has since begun its automated recovery sequence, and engineers are again able to engage in the relay of information.

Those investigating are in the process of learning what triggered the action and at this time suspect a software conflict related to camera and data processing operations was involved.

This is not the first time Curiosity has engaged in this particular type of self-preservation, during which it focuses solely on what it needs to recoup and rebound.

See the sunset on Mars via Curiosity: NASA

IN SPACE - SEPTEMBER 2: In this handout image provided by NASA/JPL-Caltech/MSSS, and captured by NASA's Curiosity rover, a rock outcrop called Link pops out from a Martian surface that is elsewhere blanketed by reddish-brown dust, showing evidence for an ancient, flowing stream, September 2, 2012. The fractured Link outcrop has blocks of exposed, clean surfaces. Rounded gravel fragments, or clasts, up to a couple inches (few centimeters) in size are in a matrix of white material. Many gravel-sized rocks have eroded out of the outcrop onto the surface, particularly in the left portion of the frame. The outcrop characteristics are consistent with a sedimentary conglomerate, or a rock that was formed by the deposition of water and is composed of many smaller rounded rocks cemented together. Water transport is the only process capable of producing the rounded shape of clasts of this size. (Photo by NASA/JPL-Caltech/MSSS via Getty Images)
IN SPACE - SEPTEMBER 14: This handout image provided by NASA/JPL-Caltech/MSSS, and captured by NASA's Curiosity rover, shows evidence for an ancient, flowing stream at the rock outcrop pictured here September 14, 2012, and a few other sites on Mars, which the science team has named 'Hottah' after Hottah Lake in Canada's Northwest Territories. This geological feature on Mars is exposed bedrock made up of smaller fragments cemented together, or what geologists call a sedimentary conglomerate. Scientists theorize that the bedrock was disrupted in the past, giving it the titled angle, most likely via impacts from meteorites. (Photo by NASA/JPL-Caltech/MSSS via Getty Images)
MARS - SEPTEMBER 19: In this handout from NASA/JPL-Caltech, a rock that is approximately 10 inches (25 centimeters) tall and 16 inches (40 centimeters) wide sits in front of NASA's Mars rover Curiosity September 19, 2012 on Mars. According to NASA, the rover team chose the rock, that has been named Jake Matijevic, as the first taget to be examined by Curiosity's contact instruments. Jake Matijevic was a surface operations systems chief engineer for the Mars Science Laboratory Project and the Curiosity rover. (Photo by NASA/JPL-Caltech via Getty Images)
IN SPACE - FEBRUARY 3: In this handout image provided by NASA, a self-portrait of the Mars rover Curiosity combines dozens of exposures taken by the rover's Mars Hand Lens Imager (MAHLI) during the 177th Martian day, or sol, of Curiosity's work on February 3, 2013 on the planet Mars. Curiosity landed on the planet on August 5, 2012. (Photo by NASA/JPL-Caltech/MSSS via Getty Images)
These are the first two full-resolution images of the Martian surface from the Navigation cameras on NASA's Curiosity rover, which are located on the rover's 'head' or mast. The rim of Gale Crater can be seen in the distance beyond the pebbly ground. The topography of the rim is very mountainous due to erosion. The ground seen in the middle shows low-relief scarps and plains. The foreground shows two distinct zones of excavation likely carved out by blasts from the rover's descent stage thrusters. (NASA/MCT via Getty Images)
Up Next