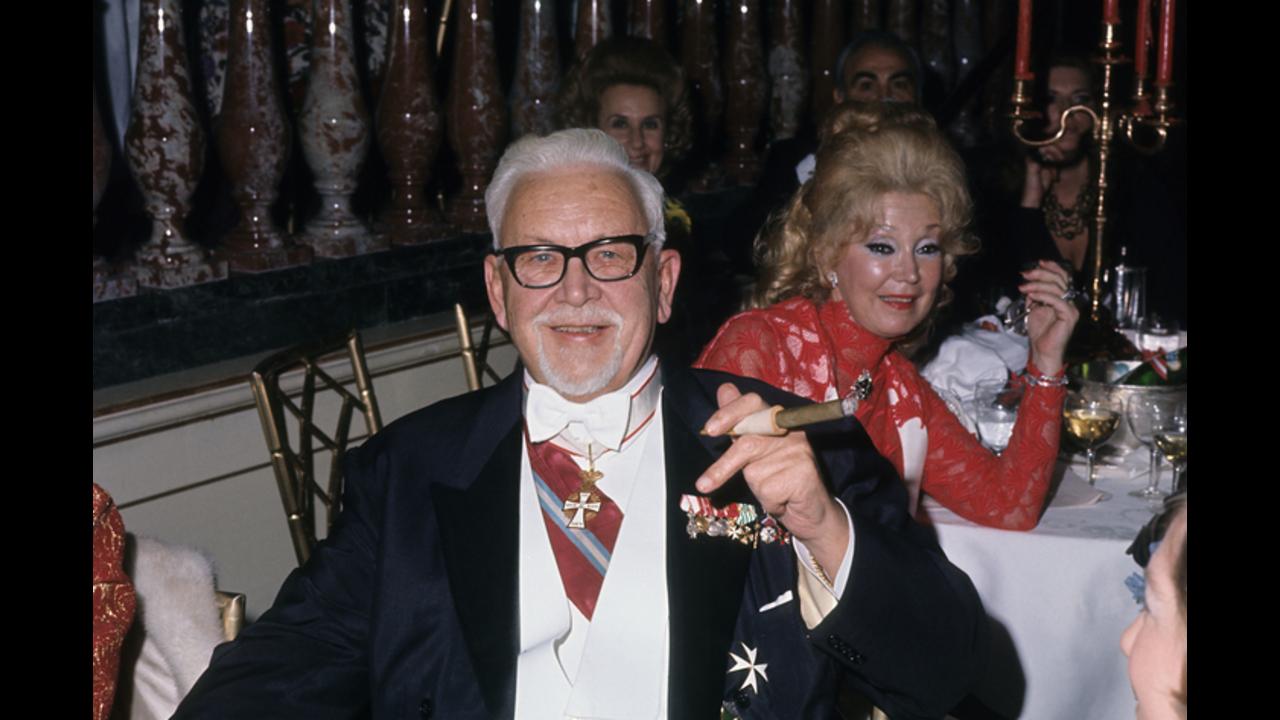 July 6th is National Fried Chicken Day. KFC is a leader in the fast food world for their fried chicken. So here's a look at the man behind the bucket -- Colonel Sanders.

The real Colonel -- Harland David Sanders -- was born on a farm on September 9, 1890 in Henryville, Indiana.

He worked a variety of odd jobs as a conductor, a blacksmith, a salesman and a boat operator. It's alleged he was often fired for his hot-temper.

At age 40, he ran a service station in Corbin, KY, which he expanded into a restaurant to serve chicken dishes.

It was at the station a shootout broke out a nearby gas station competitor, killing one of Sanders employees.

After perfecting (and patenting) his fried chicken recipe, he franchised the first Kentucky Fried Chicken restaurant in Salt Lake City in 1952.

Despite serving in the military, it was the governor of Kentucky that designated him colonel -- due to the success of his business.

With over 600 locations he sold the franchise in 1964 for $2 million -- maintaining the rights and working as the face of the company.

However, he became frustrated over time with the direction the company was going. He opened a new restaurant using the name "colonel" to which KFC sued claiming they owned naming rights. The two reportedly settled in 1975.

Sanders died on December 16, 1980 and his family no longer has ties to KFC.

Check out KFC restaurants around the world:

More from AOL.com:
Where to find fried chicken deals on National Fried Chicken Day
KFC just revealed a new Colonel Sanders — and he represents a major change at the chain
KFC India is offering a chicken meal box that charges your phone
Tags
Read Full Story