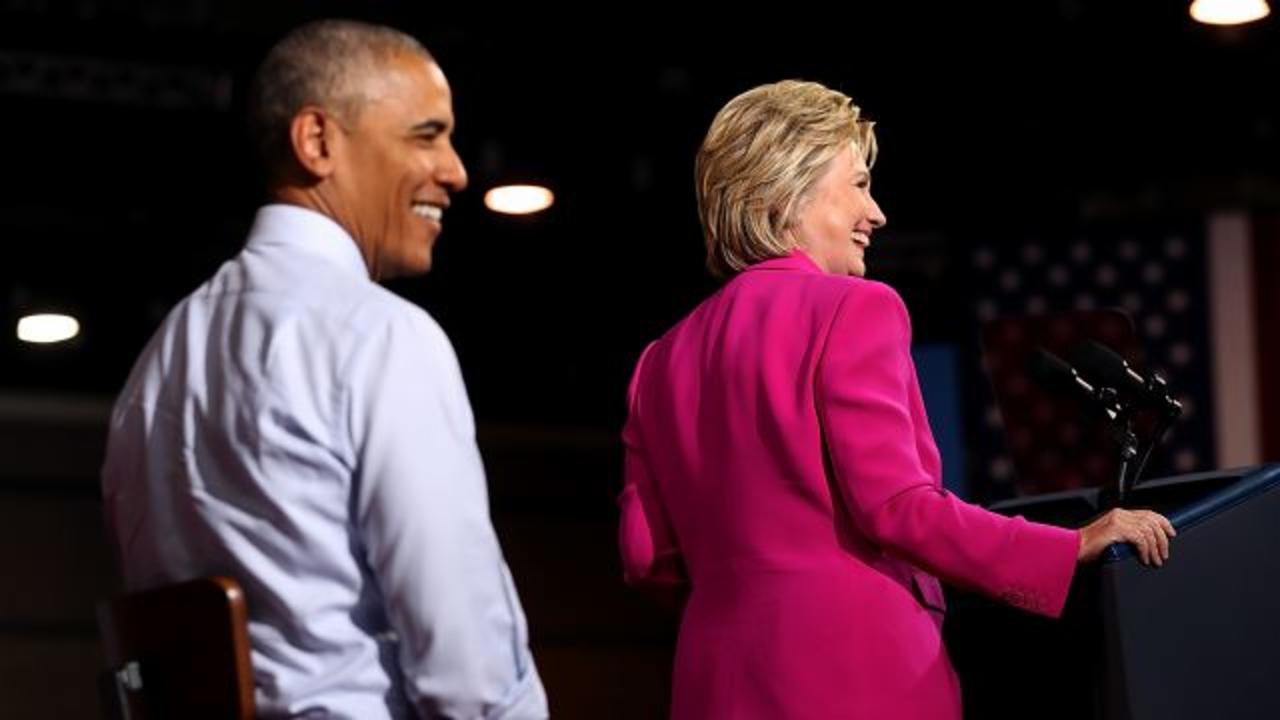 For the first time in the 2016 election season, President Obama and Hillary Clinton hit the campaign trail together.

"We cannot find a case that would support bringing criminal charges on these facts," Comey said.

SEE MORE: "No Charges For Clinton, But That Hasn't Stopped The Commentary"

The president touted Clinton's political experience both as a senator and as secretary of state and spent a good amount of time emphasizing her economic policies designed to help working families.

Obama never mentioned Donald Trump by name, but he didn't skip the opportunity to throw some jabs at the presumptive Republican nominee.

"And by the way you can look that up. That's a fact. That's not like just something I just made up and tweeted," Obama said.

"Even the Republicans on the other side don't really know what the guy's talking about. They really don't," Obama commented.

"You've actually got to know what you're talking about. You've got to actually do your homework. You can't just kick out reporters," Obama said.


And while she was behind the mic, Clinton applauded Obama for his work as president while taking her own jabs at Trump.

"Someone who has never forgotten where he came from. And Donald, if you're out there tweeting, it's Hawaii," Clinton explained.

Clinton has been in the public eye for decades, and that time comes with its fair share of critics and scandals. But Obama noted, sometimes voters take someone who has been in the trenches for granted. And his overall message was clear.

"And there has never been any man or woman more qualified for this office than Hillary Clinton," Obama said.

More from Newsy:
What To Expect From Obama's First Campaign Appearance With Clinton
Clinton Likely Won't Face Charges Over Private Email Server
No Charges For Clinton, But That Hasn't Stopped The Commentary