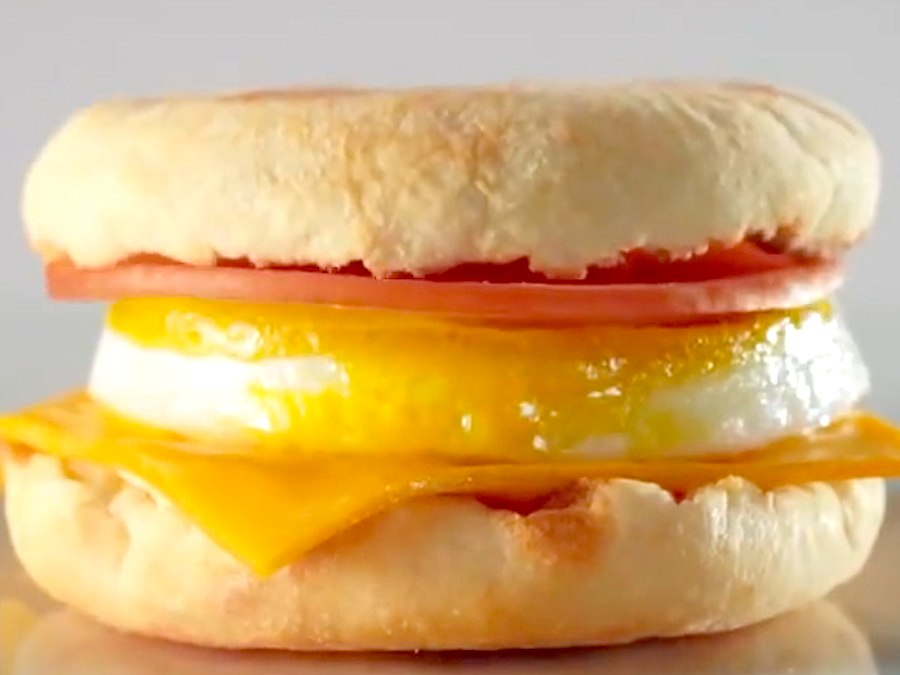 There are many fast-food breakfast sandwiches.

Yet none of those catch my discerning eye — not like the McGriddle.

Simply put, it's the perfect breakfast sandwich out there. And now, it's ascending to its rightful place on the all-day breakfast menu.

The McGriddle was released in 2003, predating the sweet and savory craze by nearly a decade. It was expertly crafted by the same fast-food genius behind the Meat Lover's Pizza and Smashburger.

It's a perfectly balanced breakfast harbinger of sweet and salty flavors.

Here's why it's the perfect sandwich. The McGriddle comes humbly wrapped — not much to look at. But just you wait. When its inconspicuous shroud unfurls, you can see the McGriddle in all its golden, sweet splendor. It's a substantial stack of a fluffy egg, a savory and thick sausage patty, and a slice of melty orange cheese, all lovingly enveloped in two delightfully sweet pancakes. Okay, yes, I hear the detractors: That egg is downright weird. But I'm willing to eat a slightly strange egg if it's part of such a wonderful sandwich. It's the gestalt of the McGriddle that makes it work. But the real magic happens in the pancake bun. Scattered liberally within are special syrup crystals, engineered to melt at a certain temperature to release the delicious maple flavor that compliments the rest of the sandwich so well. RELATED: See the McDonald's of the future

One must savor the McGriddle; its complex balance of sweet syrup and salty, savory sausage must be enjoyed slowly. The bacon version is similar, but doesn't have the same depth to it, in my opinion. The sausage, egg, and cheese sandwich is the best, hands down. It's like an entire breakfast, to go: You've got pancakes, eggs, and sausage, but with the ease of portability. How can you go wrong? And sure, on the issue of health, I readily admit they are not what one could call ... well, healthy. They're not meant to be eaten every day — as tempting as it may be. But for a once-in-a-while breakfast treat, it doesn't get better than the McGriddle. Unless, of course, you throw a hash brown into the mix ... SEE ALSO: We tried breakfast from McDonald's, Taco Bell, Burger King, and Wendy's — here's who does it best