Exclusive Q&A: Lindsey Vonn is hellbent on competing against men 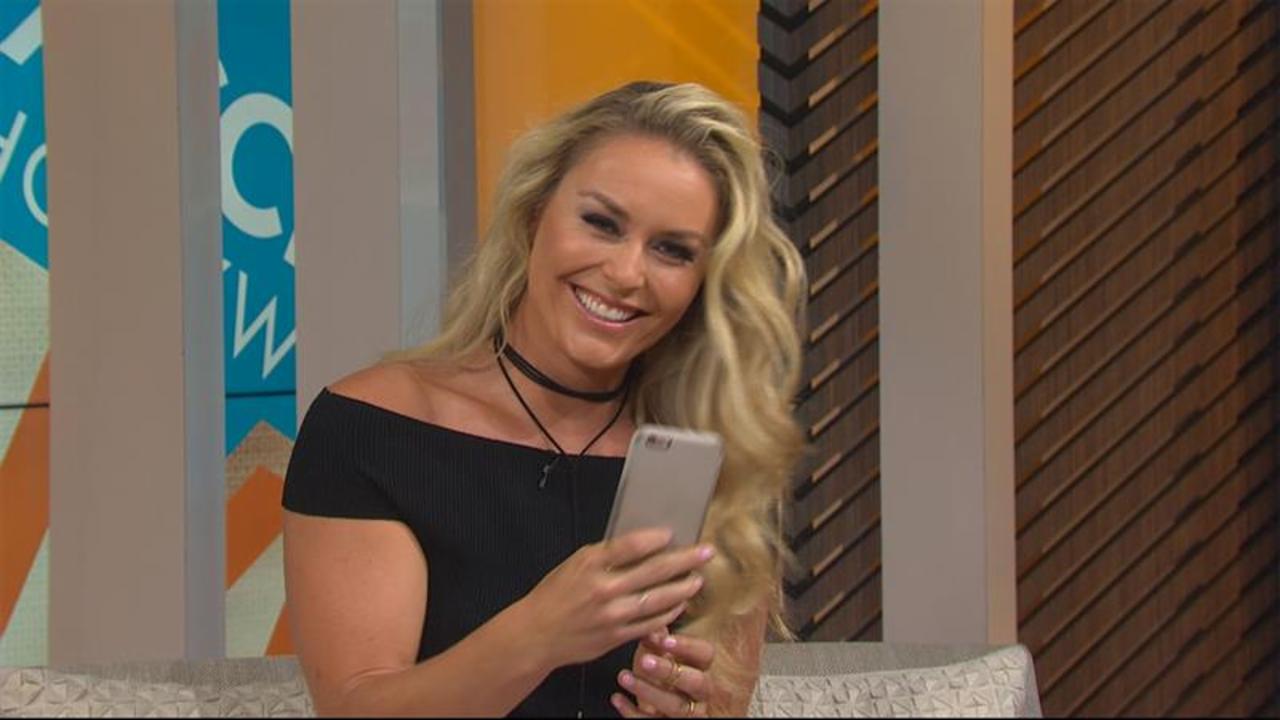 Lindsey Vonn, arguably the most famous winter Olympian, is partnering with Team USA sponsor Reese's Peanut Butter Cups for their "Do Summer Like a Winter Olympian" campaign for the Rio 2016 Olympic Games.

Reese's is all about fun, and let's face it – it's the Winter Olympians who can really live it up this summer in Rio: no rigorous training schedules, competitions, or medal ceremonies to attend.

Lindsey had the chance to hang out with us this past week.

Q: How much fun has it been to work with Reese's?

A: It's been awesome. When I saw the storyboard, I said 'Yes! This is me!' It's all about trying new things and enjoying things. I do lots of new things and it's been fun for me to show a different side of myself that has nothing to do with skiing. It's fun and I'm not taking myself too seriously.

Q: You also have a cool new book coming out too. What's that about?

A: Yes, Oct. 5. 'Strong is the New Beautiful.' It took a lot of hard work. It's basically a health and fitness book. It's about finding a balance that works for you. Recipes, snacks, it has everything -- and I couldn't be more excited.

Q: Was becoming an author something you always wanted to do?

A: I wouldn't say it's something I always wanted to do, but there's a need for a book that teaches people how not to put rules and restrictions into a healthy lifestyle. You can have chocolate and all that, but in moderation. I just felt there was a need. As an Olympian, it was something to be said. Since I have tried a lot of different diets, I felt like it was something I could give my thoughts on.

Q: How's the recovery coming along?

A: My injury is totally healed. I feel awesome, and I've been training hard. No swelling, no pain. I'll be ready for ski season.

Q: You had mentioned you would like to compete against the men in one race. How'd you arrive at that goal?

A: It's never been done. Hopefully in two years, it'll be sorted out. The US Ski Team is talking and we're putting proposals together. The major thing is where we start, because there's lots of rules and lots to be addressed. My coaches are figuring it out. If it doesn't work, my father is a lawyer and we can go that route.

It's more of a personal goal for me. I trained with men all the time, and I always think I ski better. For some reason, I can take it to the next level. I just want to compete and I want to see where I stand and see what I'm personally capable of. I don't think I would win. I just want to know.

Q: What advice would you give to a first-time Olympian set to compete in Rio?

A: Do whatever you can to pretend it's a normal race or competition. Stick to normal routines. Keep things smooth and comfortable as possible so you don't get more nervous than you have to be. Don't overthink. That's never good when you do that.

Q: What was the biggest selling point to being featured in the SI Swimsuit Issue?

A: When they asked me to do it with Caroline Wozniacki and Ronda Rousey. They're successful, powerful women and that's what drew me into doing it again. I don't look like a model. I'm not super skinny. So, being able to do it was the selling point. It all really set an example, especially with Ashley Graham. She's amazing. And I'm really proud of the fact that I'm in it.

Q: One last one. Now that you're working with Reese's you have to settle a debate. Reese's Pieces or Reese's Peanut Butter Cups?

A: (Laughs) Oh man, I think I have to say Pieces when they're frozen or on top of frozen yogurt. The new Cup, though, with pieces inside of the cup, it seems legit. I might convert (laughs).

Lindsey Vonn LA home
Up Next