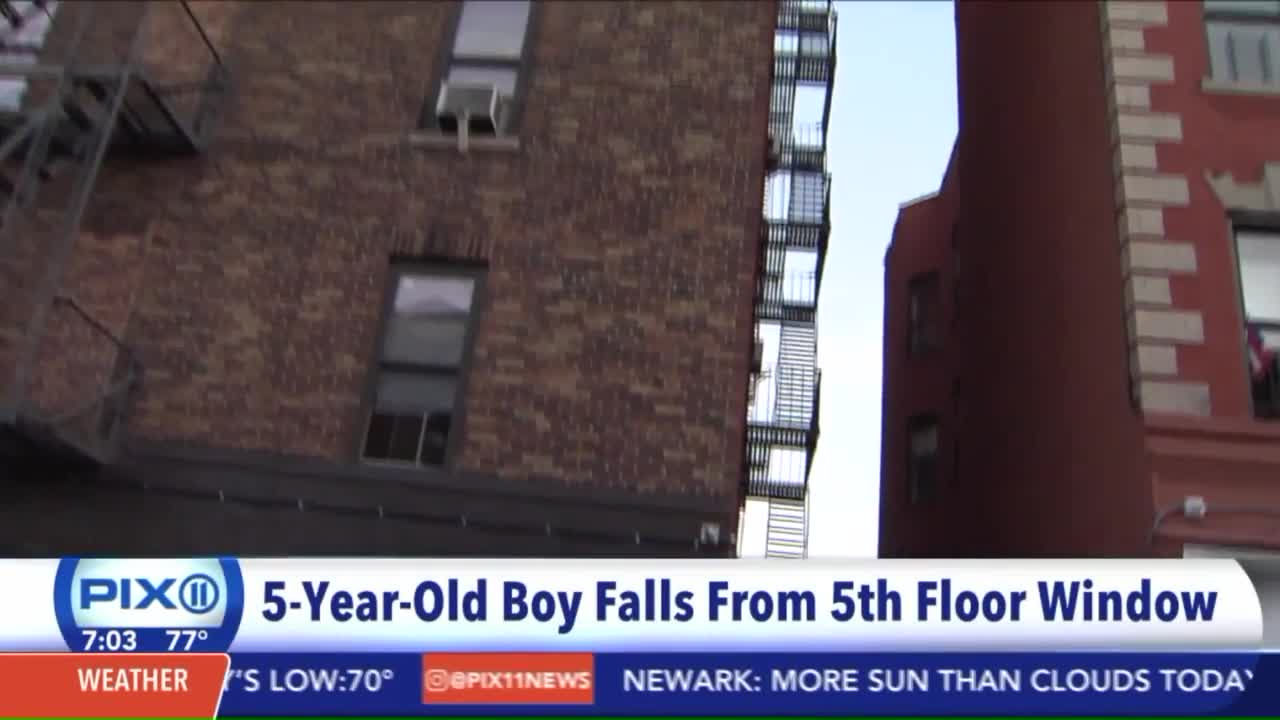 CROTONA PARK EAST, The Bronx -- A 5-year-old boy who fell from a Bronx apartment window has been upgraded from critical to serious but stable condition, police said Wednesday.

The boy, who was said to have autism, fell from the fifth-floor window at an apartment in Crotona Park East, N.Y., Tuesday evening. The mother told police the window had a guard on it, but the top was open.

An investigation into how the boy fell continues.

Tuesday's incident happened just two days after a 3-year-old boy died after falling from a 13th-floor apartment window in Harlem.