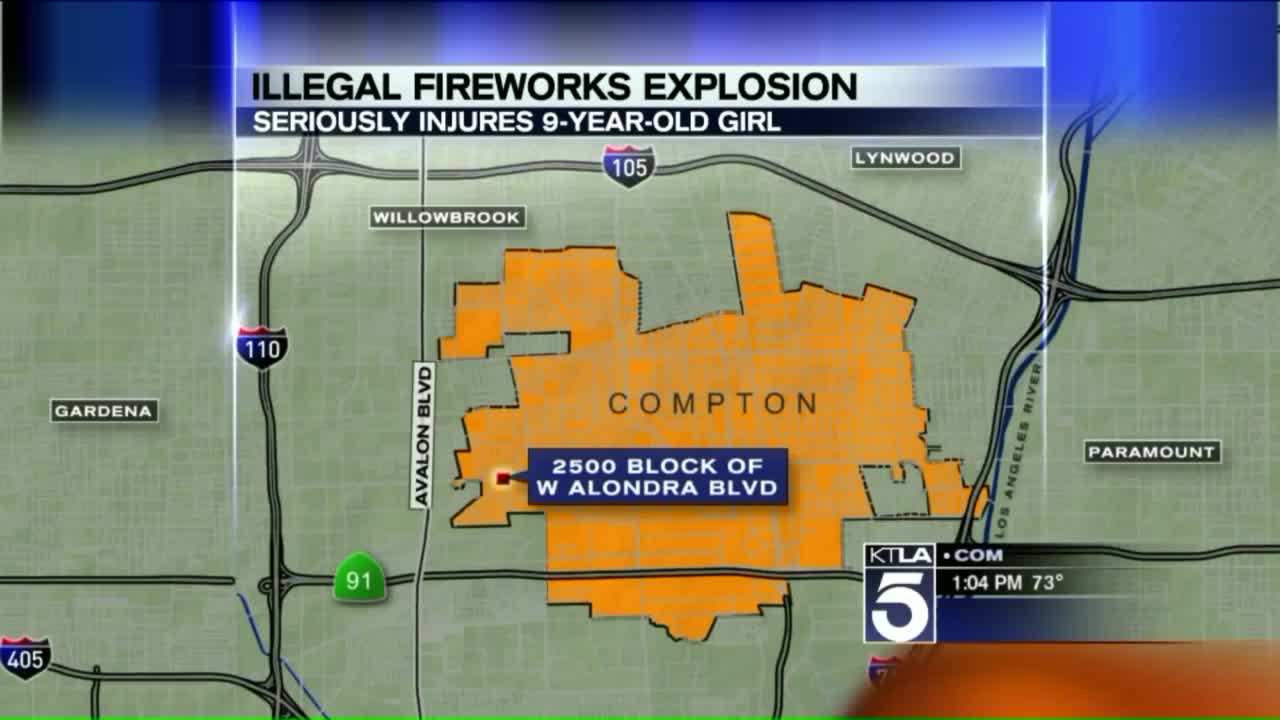 LOS ANGELES, CALIF. (KTLA) -- A 9-year-old girl lost her left hand over the weekend, likely as a result of an illegal fireworks explosion at a park in Compton, authorities said Sunday.

The incident took place Saturday about 12:30 p.m. at Burrell-MacDonald Park in the 2500 block of West Alondra Boulevard, according to a news release from the Los Angeles County Sheriff's Department.

The unidentified victim's left hand had to be amputated, and she also sustained other serious injuries as a result of "the use of illegal fireworks or explosives," sheriff's officials said in the release.

"She also lost fingers on her right hand and received blast injuries to her face," the release stated.

The victim was taken to a local hospital and was last reported to be in stable condition.

Authorities are investigating how the firework came to be in the girl's possession, investigators said.

"Many kids were playing in the park around this time and several were seen running away from the park at the time of the explosion," the release stated.

As part of the investigation, authorities are asking for the public's help in finding anyone who may have been at the park at the time the girl was injured.

Those with information are encouraged to contact Detective Everett at the department's Arson/Explosives Detail of the Special Enforcement Bureau by dialing 323-881-7500.

RELATED: How to buy and use fireworks safely: 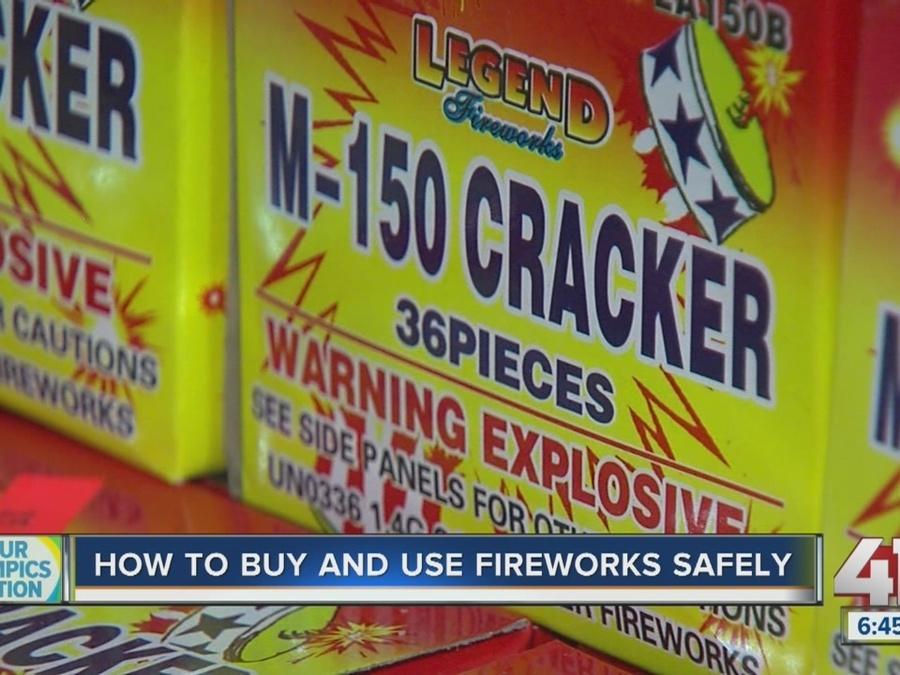