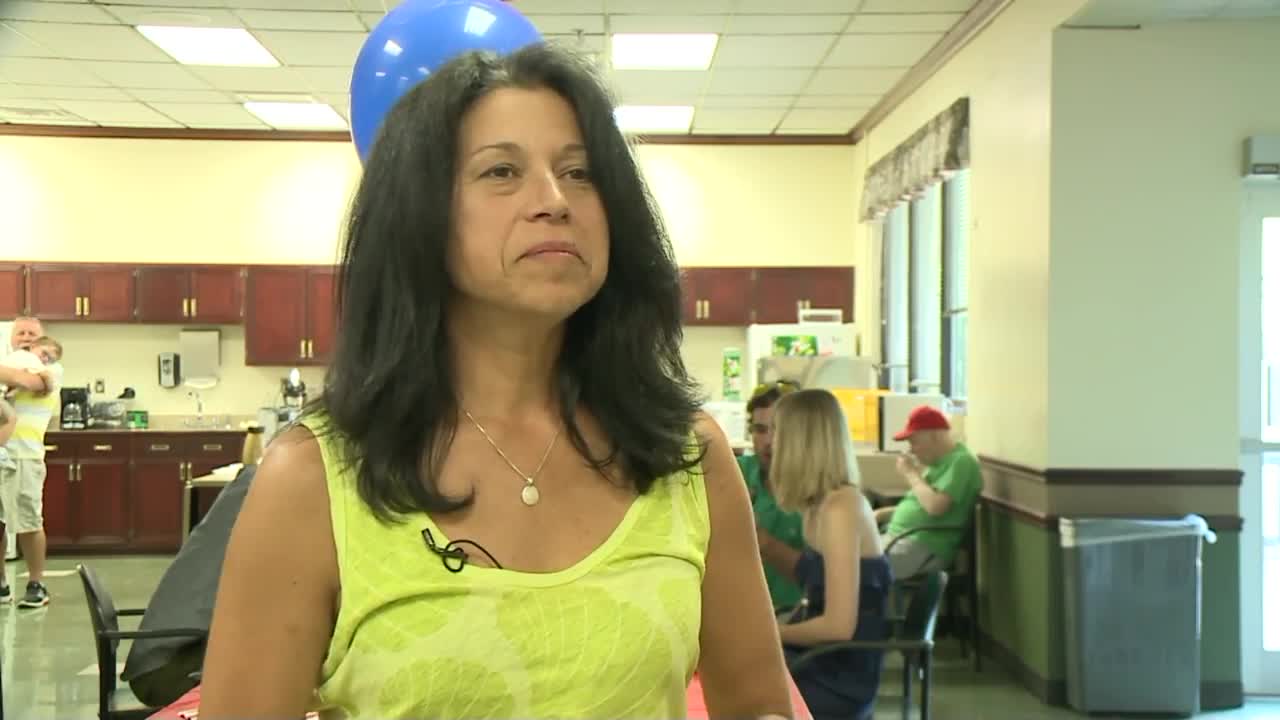 MARSHALLTOWN, Iowa - Joe Simms may turn 95 Sunday, but he still has his wits about him.

When you were born in 1921, you get a pass on the little details sometimes.

"And I'm having a heck of a birthday! I didn't realize I had so many relatives and friends," he said.

Simms' family hosted a birthday party for him Sunday at the Iowa Veterans Home in Marshalltown. Simms' was born just hours before July 4th, and the significance of the timing isn't lost on him or his family - Simms served with the U.S. Coast Guard (consolidated at the time into the U.S. Navy) during World War II.

"The first thing they did is ship us out to the Mediterranean Sea to Casa Blanca," he said. "I had a nostalgia about it, till this minute, you know?"

Simms isn't in the physical condition you'd expect for a 95-year-old. He gets up, dances, and sings - things his family says he's done his entire life.

"He does love life, he's never not been willing to learn. He's computer literate, he can get on a computer online. He still reads books," his granddaughter, Peggy Stonewall, said. "He's social, he walks, he dances, he performs. He's a performer - Joe Simms is a performer."

It's that performing attitude his family believes earned him a long life-span. His enthusiasm for life inspires his family, as well as the wisdom that comes along with a such a long life.

"The most important thing is love. If you've never had love, you've missed everything," he said. "Life is too hard not to love each other."

All talk about loving others aside, Simms isn't too old to have a sense of humor; when asked what he enjoys about life the most at 95, he has one word.

That's one thing his family assures everyone has remained consistent in his near-century of a life.