Trump responds to criticism of 'Star of David' tweet 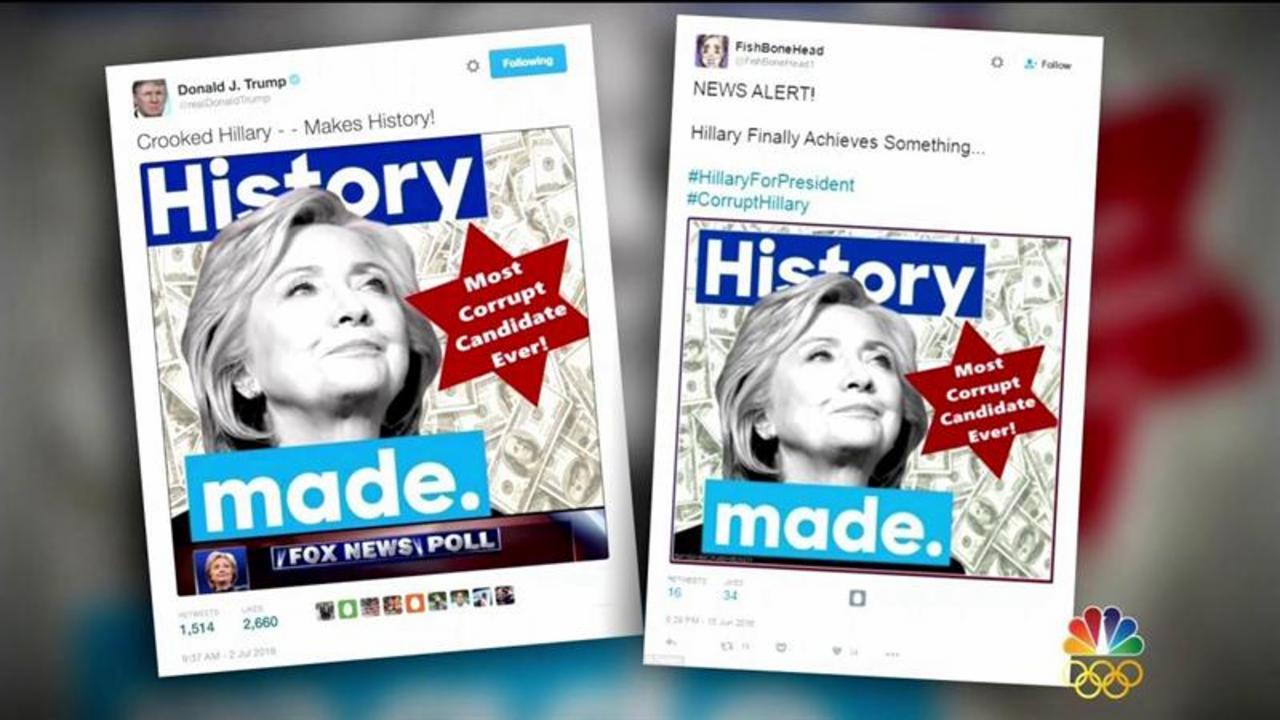 Donald Trump's campaign on Monday officially responded to the uproar over his use of seemingly anti-Semitic imagery on social media, saying it was not a Star of David but rather a "sheriff's" star that appeared in an offending tweet about Hillary Clinton.

These false attacks by Hillary Clinton trying to link the Star of David with a basic star, often used by sheriffs who deal with criminals and criminal behavior, showing an inscription that says "Crooked Hillary is the most corrupt candidate ever" with anti-Semitism is ridiculous. Clinton, through her surrogates, is just trying to divert attention from the dishonest behavior of herself and her husband. The real questions are, why was Bill Clinton meeting secretly with the US Attorney General on her case and where are the 33,000 missing emails and all of the other information missing from her case - Why are there so many lies?

The tweet in question looked like this, but the red circle was in the shape of the six-sided Star of David:

The Clinton campaign had responded to the original tweet by saying in a statement:

"Donald trump's use of a blatantly anti-Semitic image from racist websites to promote his campaign would be disturbing enough, but the fact that it's a part of a pattern should give voters major cause for concern. Now, not only won't he apologize for it, he's peddling lies and blaming others. Trump should be condemning hate, not offering more campaign behavior and rhetoric that engages extremists. The president should be someone who brings Americans together, not someone who sends signals and offers policies of division."

By Monday night, Trump had moved on to tweeting about Clinton's upcoming ride on Air Force One with President Barack Obama. But Dan Scavino — the campaign's social media director — tried to clarify things in a statement:

The social media graphic used this weekend was not created by the campaign nor was it sourced from an anti-Semitic site. It was lifted from an anti-Hillary Twitter user where countless images appear.

The sheriff's badge — which is available under Microsoft's "shapes" — fit with the theme of corrupt Hillary and that is why I selected it.

As the Social Media Director for the campaign, I would never offend anyone and therefore chose to remove the image.

More from NBC News:
World Reacts to Death of Elie Wiesel, 'Conscience of the World'
KNOW IT ALL: Wednesday's Top 7 Stories at NBC News
Trump Meeting With Joni Ernst