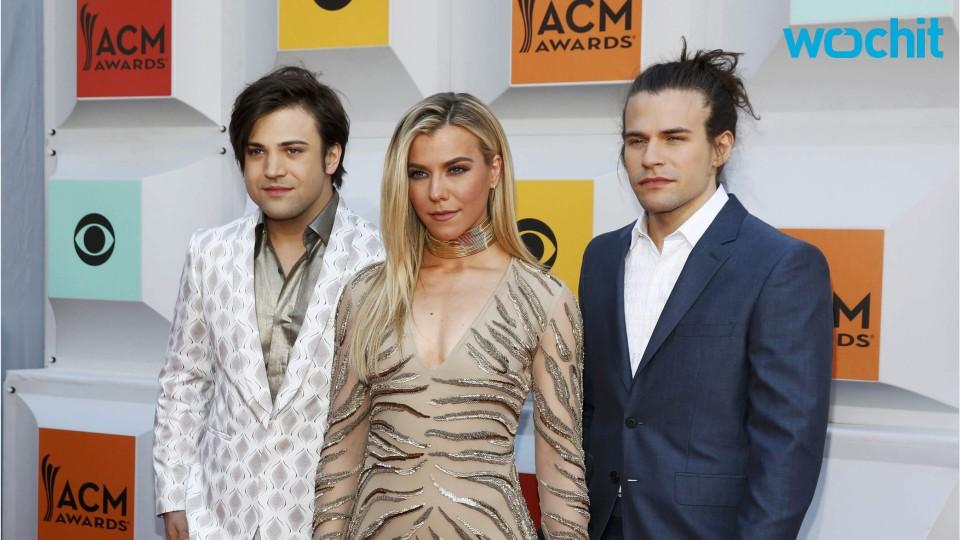 The Band Perry canceled a sold-out gig at the Americana Bayside Welcome Center in Selbyville, Delaware, just before show time on Sunday after police said two unidentified men made threatening comments about the group. According to Delaware Online officials are asking for help finding the two men, who police said made the as-yet-unrevealed statements around 2:55 p.m. to an employee at the venue near the stage where Band Perry were to play at 7:30 p.m.

Delaware State Police Master Cpl. Gary Fournier said, "due to heightened security concerns and for the safety of the public" the show was canceled; it has been rescheduled for Aug. 17. Around 2,400 people were on hand for the sold-out gig and the threats made were reportedly specific to the concert, which triggered the announcement 15 minutes before opening act Melissa Alesi started her set.

"To our friends + fans in Delaware - Due to heightened security concerns, and the safety of our fans, the show has been rescheduled for August 17," the band wrote on Twitter.

The decision came just weeks after The Voice star Christina Grimmie was killed following an encounter with a gun-toting fan and a shooter massacred 49 people at the Pulse nightclub in Orlando. Patti Grimes, executive director of the Joshua M. Freeman Foundation, which runs the venue where the show was to take place, told Delaware Online that right after the threats were made event organizers met with state and local authorities and the band's management and agreed to call off the gig.

"We are more aware of these kinds of incidents" after Orlando, Grimes said. "We read about these every day, if not in our country then elsewhere." Security at the venue had already been increased in light of the Grimmie and Pulse shootings. The Band Perry tour rolls on, with a show slated for Tuesday night (July 5) at First Niagara Tuesday in the Park at Artpark in Lewiston, New York.

Police have released descriptions of the men, both white, one of whom was wearing a green t-shirt and shorts and the other a purple t-shirt and blue shorts, both between 20 and 30 years old. A spokesperson for the band could not be reached for further comment at press time.

More from Billboard:
Katy Perry hits 90M, most followed person on Twitter
YouTube reveals the most popular Fourth of July songs
This week in Billboard Chart history: In 1984, Prince reigned with his first Hot 100 No. 1