Mischievous hound steals man's phone, gleefully refuses to give it back 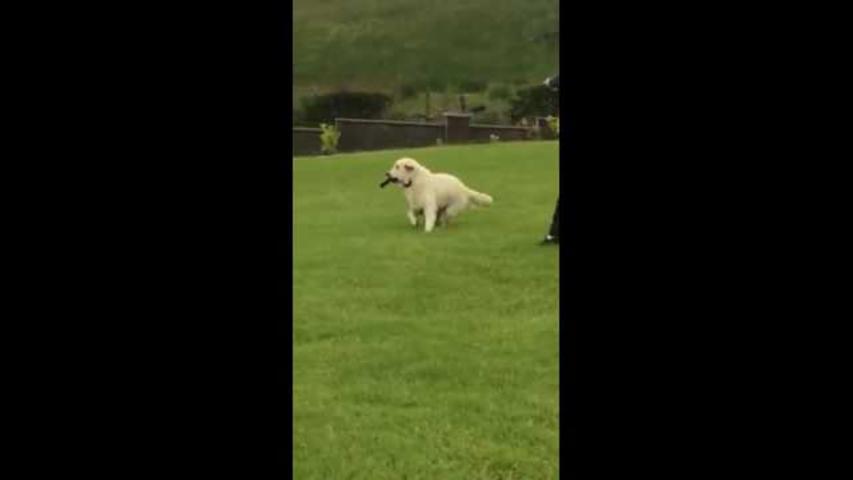 Just take the crafty golden retriever in the video below, for instance — after his human makes the schoolboy mistake of leaving his mobile phone unguarded, the dog decides to entertain himself with a lengthy (and undeniably fun to watch) game of chase.

SEE ALSO: Dog interrupts human's yoga with a downward dog of his own

The video was originally shared by Ireland resident Eimear O'Donnell on Facebook last Friday. The man in the clip is her brother, Sean O'Donnell.

"The world's worst dog..." wrote O'Donnell in the post. "And I still wouldn't change him."

The video does appear to end with Sean getting his phone back, but let's be honest — it's only because the golden retriever finally takes pity on him.

More from Mashable:
Australia's answer to The Fast and the Furious may have finally arrived
Turns out making a YouTube prank show can be 'toxic' to a relationship
Jessica Williams used her final ‘Daily Show’ appearance to confront Trump-loving Bernie supporters