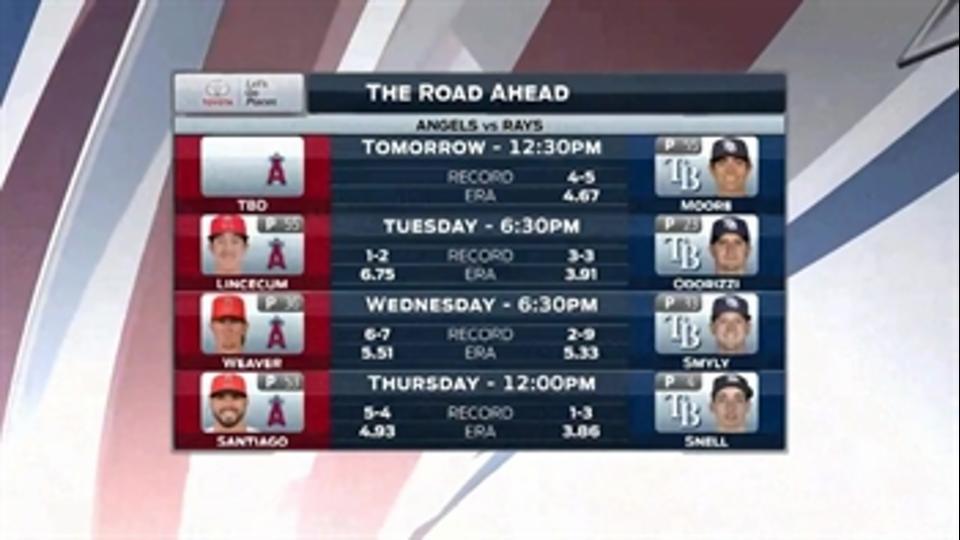 Sorry, ladies. Mike Trout is engaged to be wed after proposing to his girlfriend and he did it in a very romantic way too.

The former Amerian League MVP could have gotten down on bended knee and gone the old-fashioned route and popped the question to his girlfriend Jessica Tara Cox, but that just wasn't good enough for the game's best player.

Trout went big and hired a skywriter to pen "Will you marry me Jess?" in the sky as the two gathered in Boston to spend time with friends and family while the Angels were in town to play the Red Sox.

It's a private moment to be sure between Mike and Jessica, but it's pretty cool that they could share it with the rest of us as they can partake in the celebration too.

With one of the most eligible bachelors officially off the market, fans in L.A. can stop bringing "Will you marry me Mike" signs when they are in town to see Trout and the Angels play their home games.

Not that I think that will stop in the near future, but congratulations to the young couple on their engagement.

Ranking the 25 best MLB players of the last 25 years

(Harry How via Getty Images)

(TIMOTHY A. CLARY via Getty Images)

More from AOL.com:
10 of the worst celebrity patriotic flubs in history
Khloe Kardashian reveals she moved out of the house at 16 to live with an 'older man'
Fergie's raunchy 'M.I.L.F. $' single has dropped