These maps show how dangerous illegal drugs flow around the globe 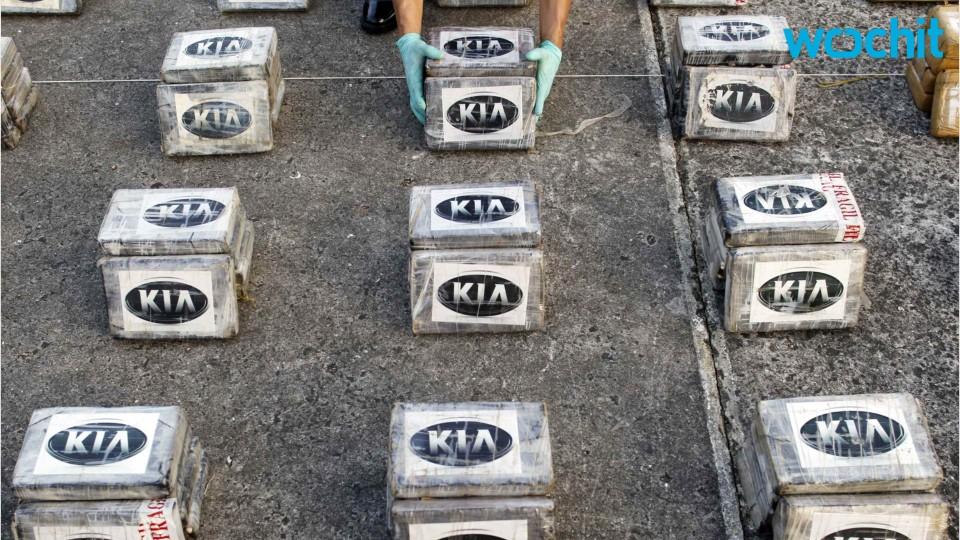 The UN Office on Drugs and Crime released its annual World Drug Report this month, detailing the prevailing trends in global drug cultivation, trafficking, and use.

Relying on surveys and other data, the UN estimated that 1 in 20 adults — a quarter-billion people between the ages of 15 and 64 around the world — used at least one drug in 2014. 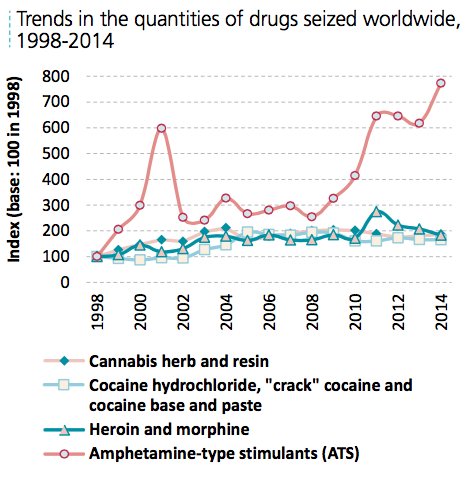 That number, the UN notes, doesn't appear to have grown relative to the global population over the last four years, but more than 29 million of them are believed to suffer drug-use disorders.

While cocaine cultivation and demand are always in a state of flux, the UN's research into global cocaine production and consumption suggests that the world's cocaine trade is in decline.

Peru Cocaine Couriers
Up Next

The Andean subregion continues to be cocaine's major production area. In 2014, the total area under coca-bush cultivation in Colombia amounted to 52% of the global total, and while Colombia has seen a 58% decline in coca-bush cultivation since 2000, it spiked 44% in 2014, and that increase likely continued into 2015 (growing 42.5%, according to the White House). All in all, however, when global cocaine seizures are subtracted from production estimates — and shifting market patterns and user habits are taken into account — the result is "significantly less cocaine on the market," Insight Crime noted.

Heroin trafficking, however, seems to have increased around the world, with the "Balkan route" — a conduit for Afghan opium through Iran and Turkey and into Europe via the Balkan states — continuing to be one of the most important routes. Iran accounted for the largest aggregate opiates seizures in 2014, including 17% of global heroin seizures.

Heroin trafficking in the Americas has increased in line with production increases in the region over the last 20 years, as well.

"Since 2009, global amphetamine seizures have fluctuated annually between about 20 and 46 tons," the UN reported, and methamphetamine has been "particularly dominant" among amphetamine-type stimulants (ATS) seized in East Asia, Southeast Asia, and North America. North America has consistently reported the most seizures of meth, and between 2009 and 2014 seizures of the drug in East and Southeast Asia nearly quadrupled, according to the UN.

Worldwide, seizures of meth were up 21%, amounting to 108 metric tons.

Between 1998 and 2014, seizures of amphetamine-type stimulants outstripped seizures of other illicit drugs. While the total seized has ebbed and flowed over that time, in 2014 reported seizures of ATS were nearly eight times more than was reported in 1998.

The UN also reported that between March 2014 and November 2015, significant amounts of amphetamine tablets labeled "Captagon" were reportedly intercepted in the Middle East. The report noted that while Captagon trade was mainly interregional (two tons of it were seized in Beirut before being loaded on a Saudi prince's jet in October 2015), large amounts had reportedly been moved from Lebanon and Syria to places outside the region.

Those seizures would seem to back reports that Captagon production had spiked in Syria since that country's descent into civil war in 2011, with unconfirmed reports of various factions in the country using sales of the drug to fund their operations.