A big move by the maker of Twinkies 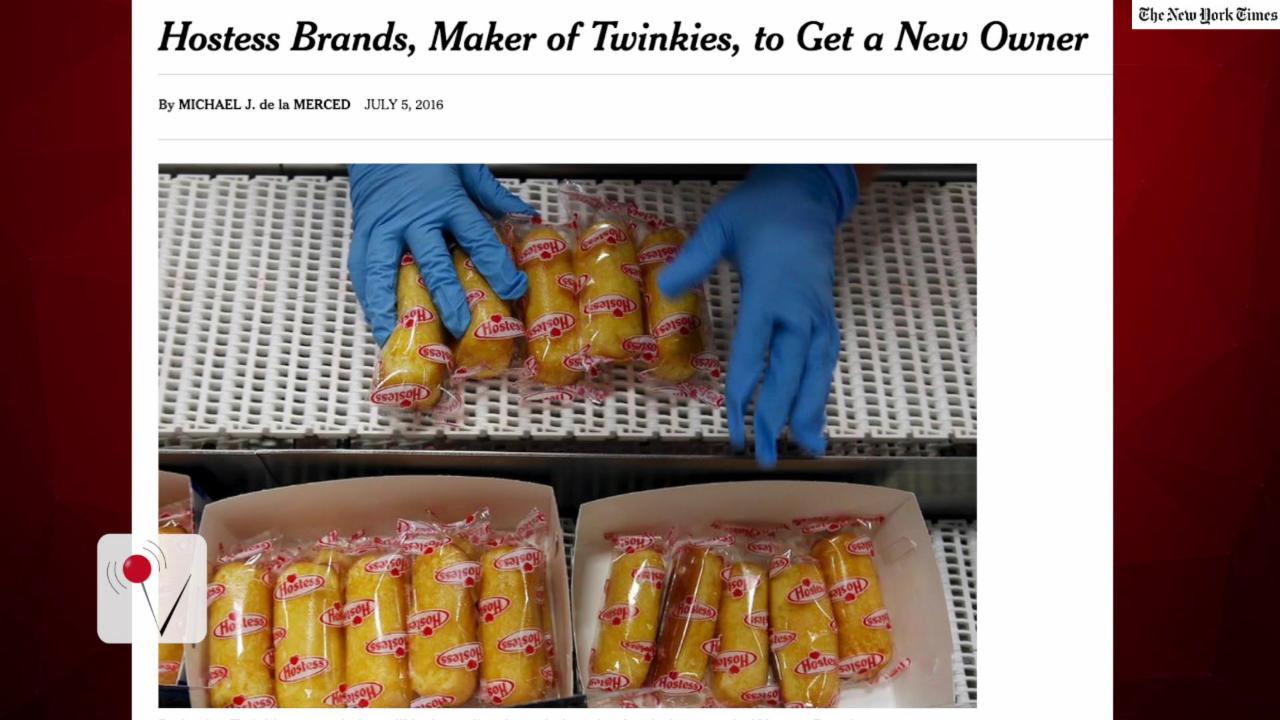 The owners of Hostess have made a big change to the company. Unfortunately, it does not involve a new tasty snack.

Hostess owners have agreed to sell a majority stake in the company to a publicly traded affiliate of the Gores Group for approximately 725 million dollars.

Since the company's exit from bankruptcy three years ago, Hostess has been under the ownership of Apollo Global Management and Metropoulos & Company.

EXPLORE MORE: Brexit could trigger the next financial crisis — in Italy

Gores is taking the reins nearly four years after Hostess' former parent company initially filed for Bankruptcy Court Protection, which led to rising fears that the beloved Twinkie would be gone forever.

Those who love those little sponge cakes can rest easy, because Twinkies aren't going anywhere.

Check out the world's most valuable brands below:

The company was sold to Apollo and Metropoulos in the spring of 2013 for 410 million dollars. Under this new ownership, Hostess saw roughly 650 million in sales in the last 12 months.

Alec Gores, chairman and chief executive of Gores Group, said, "Hostess presents a unique opportunity to invest in an iconic brand with strong fundamentals that is poised for continued growth."

Being acquired by Gores will give Hostess a listing on the Nasdaq stock market, which will allow them the ability to raise additional capital from stock markets.

Other elements of the Hostess business and current leadership are not expected to change.

Fortunately for your appetite, neither are their recipes.

More from AOL.com:
Need a helicopter ride? There's about to be a $63 Uber option for that
Star Wars collectors' item fetching huge sums online
11 jobs that could make you a millionaire

RELATED: The most expensive desserts in the world:

10 PHOTOS
The most expensive desserts in the world
See Gallery

The most expensive desserts in the world

Special features: Made with a gold leaf Italian cassata and Irish cream served over Dom Perignon alongside a hand-carved chocolate statue of a fisherman and an 80-karat aquamarine stone

Special features: Covered in syrups made from a vintage port, a Chateau D’Yquem and a German Trockenbeerenauslese, served with a 19th Century collectors spoon.

Where: Custom made by pastry chef Nobue Ikara (Japan)

Claim to fame: Infused with five grams of 24-karat gold, topped with a La Madeline au Truffle that's flowin in from France, served with an 18-karat gold bracelet bedazzled with 1-carat of white diamonds and a golden spoon