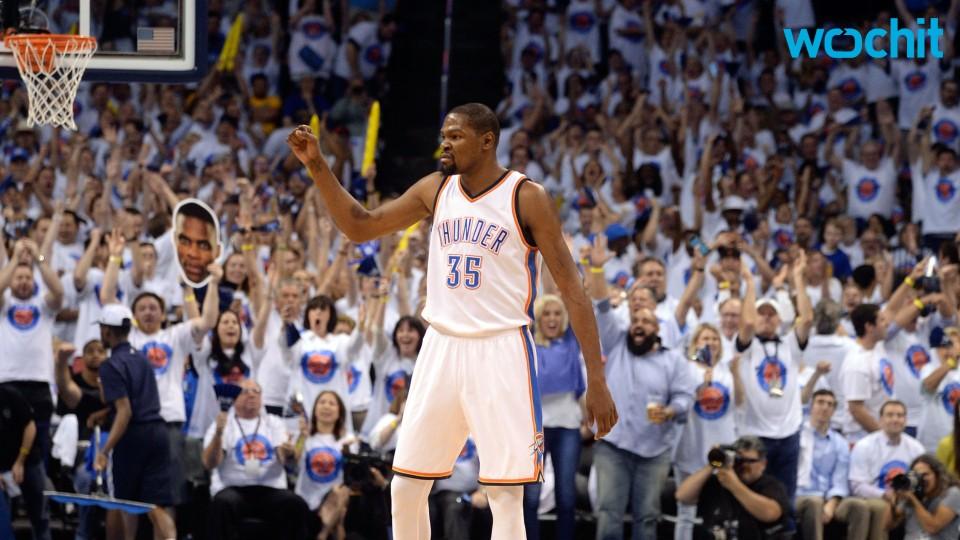 In a stunning move, Kevin Durant announced on Monday that he will sign with the Golden State Warriors.

In doing so, the Warriors now have the NBA's latest and greatest super-team, a squad containing Stephen Curry, Klay Thompson, Draymond Green, and now, arguably, the NBA's best scorer.

Though it was reported that the Warriors were a contender to sign Durant, it seemed unfathomable that he would leave Oklahoma City. The Thunder, after all, came within one win of knocking out the Warriors to make the NBA Finals. They seemed to poised again this season to challenge the Warriors for Western Conference supremacy.

However, according to Yahoo's Adrian Wojnarowski, the Warriors recruited Kevin Durant with an undeniably terrifying pitch: apart, they'll both contend for championships, but together, they could win them all.

In meeting, Bob Myers told Durant: Without you, we can another title or two. Without us, you might win too. Together? We'll win a bunch.

It's certainly not a stretch. The second-best team in the NBA, the 67-win Spurs, didn't even make it to the Conference Finals. The Warriors effectively just eliminated the only other heavyweight in the Thunder. The Clippers will remain a threat, but their only other true contender is the Cavaliers, who dominate a weak Eastern Conference.

To sign Durant, the Warriors will need to shed some salary, which will likely mean trading Andrew Bogut and Shaun Livingston, while possibly losing free agents Harrison Barnes and Festus Ezeli. It seems the Warriors will do what it takes to keep Andre Iguodala in the folds.

Just imagine this: The Warriors blitzed the NBA with their "Death Lineup," a small-ball unit featuring Stephen Curry, Klay Thompson, Harrison Barnes, Iguodala, and Draymond Green. It was the most effective lineup in the NBA. They've just replaced Barnes, a player who averaged 11 points and five rebounds per game last season, with Kevin Durant.

The NBA should be terrified.

See images of Durant throughout his career:

NOW WATCH: LEBRON VS. CURRY: Here's how the NBA's biggest superstars match up