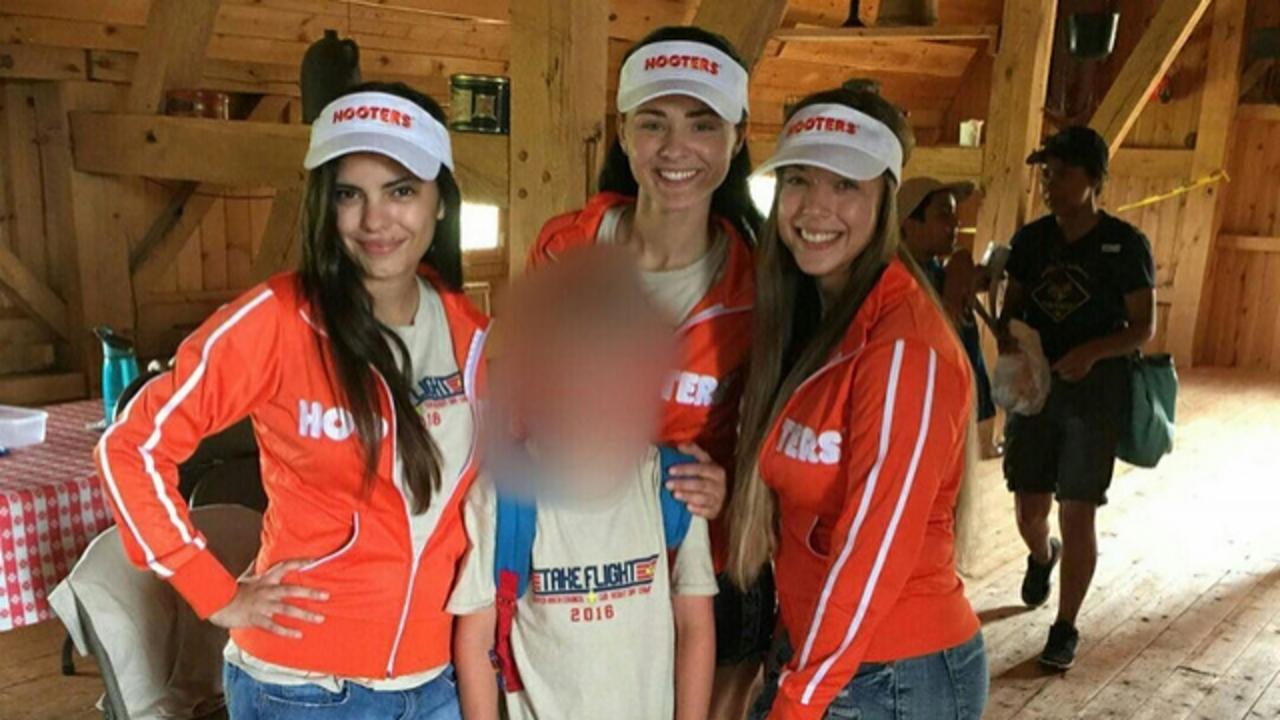 Parents of some Denver-area Cub Scouts are unhappy after finding out a camp they sent their kids to was sponsored by a local Hooters.

"I think they should be transparent about who is sponsoring their camps," concerned parent Marsha Corn told Newsy's partners at KMGH.

KMGH reports a camp held by the Boy Scouts of America Denver Area Council partnered up with Hooters, bringing in restaurant employees to volunteer for several days at the camp.

That didn't sit very well with some parents who found their kids' photos posted on the local Hooters' Facebook page.

But the Boy Scouts' page seemed to paint a different picture of what camp looked like.

The Boy Scouts offered something of an apology. They released a statement saying: "The group of trained volunteers mistakenly wore the wrong attire and it was addressed by our Council leadership. ... We extend our apologies for this mistake."

But Corn said: "We love the scouts. We think they made a very poor choice. What I would like and what I think would be go a long way is accountability."

The Boy Scouts didn't specifically offer an apology for the partnership.

More from Newsy:
Hooters Helped At Cub Scouts Camp, And Parents Are Less Than Thrilled
Paul Ryan Vows To Vote On Gun Control Legislation Next Week
Spotify Is Accusing Apple Of Using Its App Store As A Weapon