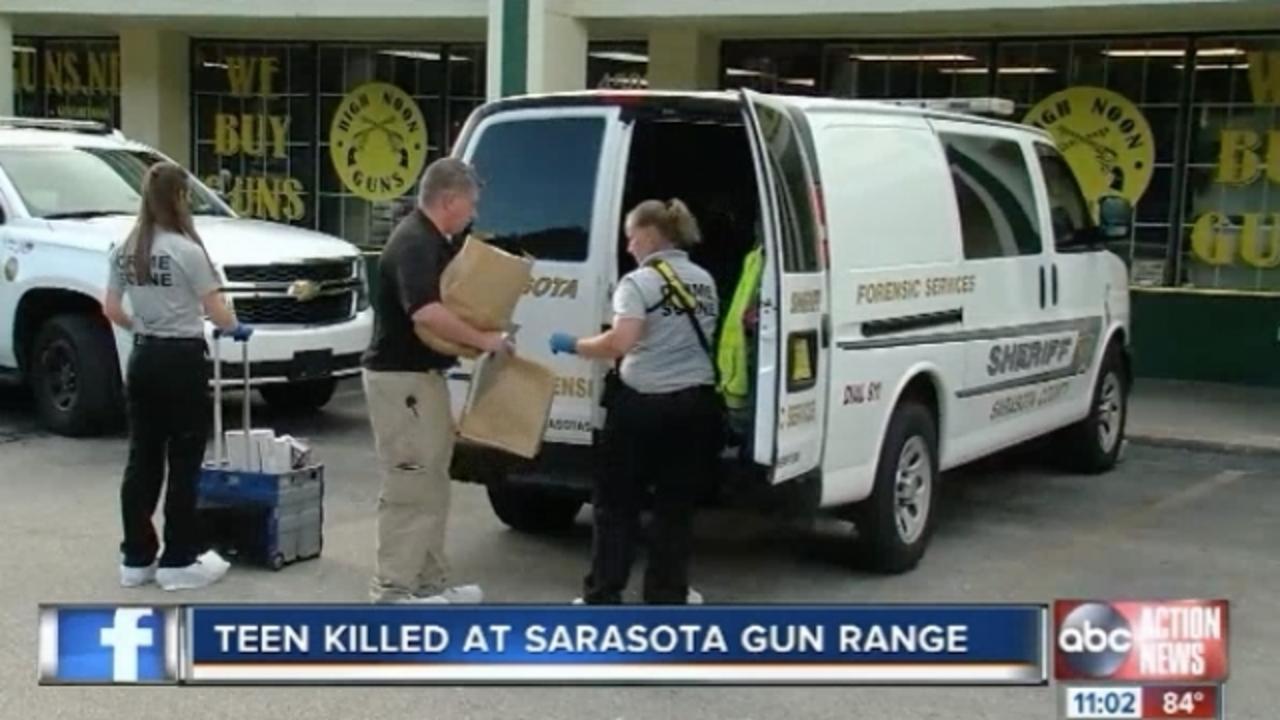 A Florida teenager was accidentally shot and killed while at a gun range with his family.

The Sarasota County Sheriff's Office said 14-year-old Stephen Brumby was at the High Noon Gun Range with his dad and two of his siblings Sunday. Investigators say William Brumby, Stephen's dad, accidentally fired the bullet that hit the teen.

Officials say the 64-year-old dad was shooting and one shell casing ricocheted off the nearby wall and fell into the back of his shirt. In an attempt to remove the hot casing, Brumby reached behind his back with the hand that was holding the gun and accidentally fired another bullet.

That stray bullet hit his 14-year-old son. Two of his other children, a 24-year-old son and 12-year-old daughter, were also there but were not injured.

"No matter how calm you try and stay, there's no way to wipe the images away from your mind of your little brother bleeding out in your arms," said Stephen's older brother David Brumby.

Stephen Brumby was taken to the hospital where he died from his injuries. The investigation is ongoing, but the sheriff's office says charges against the father aren't pending.

More from Newsy:
Tennessee Mother Charged With The Murders Of 4 Children
Watch Why UNICEF Had To Cut Its Social Experiment Short
An Explosion In Central Park Severed A Man's Foot