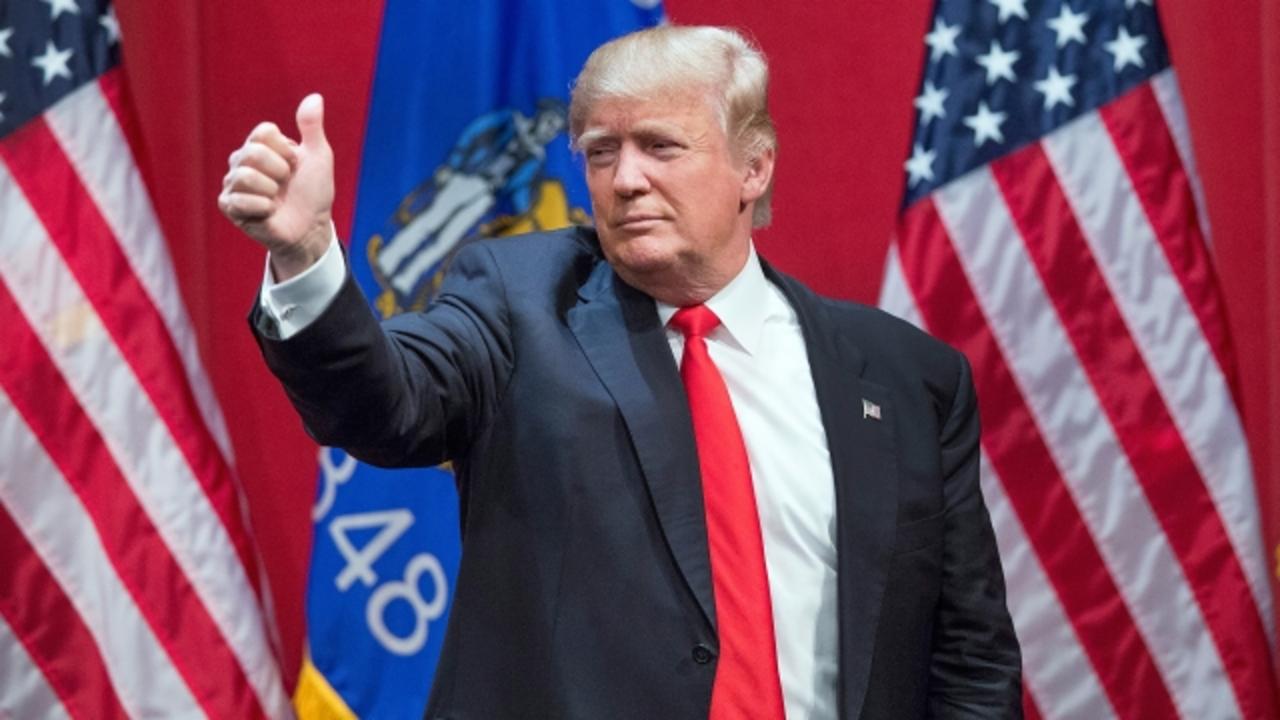 ASPEN — Newt Gingrich suggested on Saturday that Donald Trump is "not trying" yet in his bid for the presidency, and said Hillary Clinton's campaign is "just wasting a lot of money while allowing him to think through how he wants to run the fall campaign."

Gingrich, who is formally being vetted as Trump's running mate, told a crowd at the Aspen Ideas Festival in Colorado that the money spent by the Clinton campaign thus far "has no meaning."

"Everything the Clinton campaign is doing to suppress Trump will, in the short run, suppress Trump — because he's not trying," the former speaker of the House said.

"The thing she's got to worry about is if he is still alive as a candidate on the first of October," Gingrich continued.

In an interview with NBC News following his remarks, Gingrich explained his "not trying" remarks and insisted Trump is well positioned heading into the fall even though he continues to trail Clinton in key swing state polling.

"It is impossible to use paid ads to define Donald Trump," Gingrich said.

"The Obama people did it to [Mitt] Romney for a very deliberate reason in that they were defining Romney," he said, noting Romney, the GOP's 2012 pick, struggled to redefine his image after a similar summer messaging blitz by the Obama campaign against him.

Related: Who Will Donald Trump Pick as His VP?

Gingrich suggested that Trump's campaign, which he noted has "matured very rapidly," should begin trying in "August or September," just before early voting begins.

Two weeks removed from the convention, Gingrich is one of the finalists for Trump's vice presidential pick. Asked by NBC if he'd "like" to join the ticket, Gingrich said: "Listen, we'd be willing to consider it. Like is a pretty strong term."

Gingrich continued to deny having conversations with Trump about taking the VP slot but continued to talk openly about Trump's candidacy, saying it's Trump's job to "quit screwing up."

"If he could get right up to the edge and then cut off the last 10 percent, he'd be three times as an effective candidate, and he would probably be up by 15 points right now," he said.

On Saturday to the 200 in attendance, Gingrich recalled that Trump was "totally off base" last summer when he "got in this brawl with Megyn Kelly" and then "attacked John McCain" — which Gingrich said was "crazy."

He also emphasized to the Aspen crowd that it's imperative for Trump to work with Republican leaders in Congress.

"The first thing Trump's got to think about is, 'Gee, I'd like to appoint a cabinet.' The first person you have to talk to about appointing the cabinet is the Senate majority leader," Gingrich said.

"And so if [Majority Leader Mitch] McConnell and he are not dancing, he has a huge problem," Gingrich said.

Gingrich also said that he has advised Trump to hire more African-Americans as part of the campaign in August and September.

More from NBC News:
Hillary Clinton responds to husband's meeting with Lynch
Bangladesh rejects ISIS claim in hostage tragedy
Are Chinese hackers slowing down their cyber attacks on the U.S.?