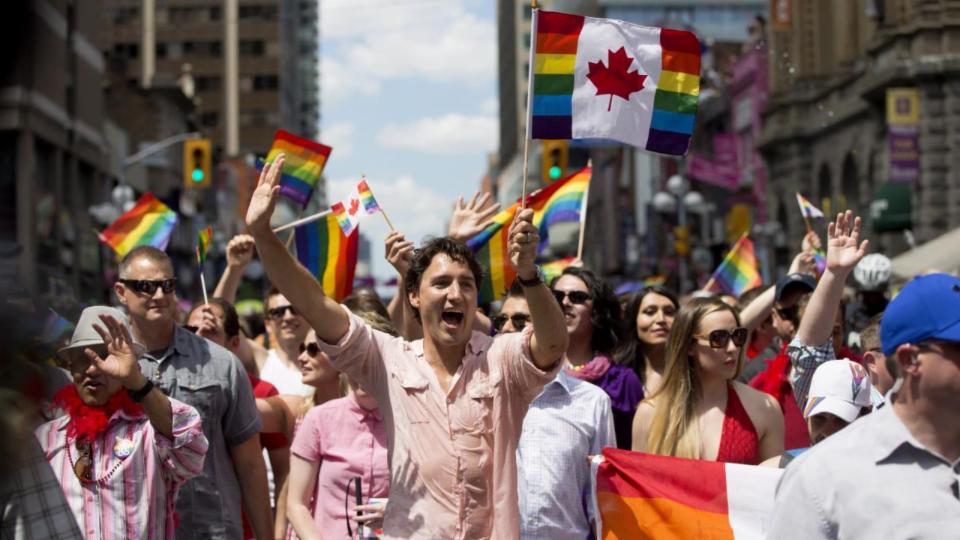 A number of cities have been celebrating their LGBT communities in recent weeks with Pride marches. But on Sunday, Canada enjoyed a particularly historic march.

Justin Trudeau became the first sitting prime minister to participate in Toronto, Canada's annual Pride Parade (the largest in the country), simultaneously marking a special moment in the country's history and reaffirming his support for the rights of the LGBT community in Canada.

"I've been coming to this for years and it's sort of frustrating that it has to be a big thing," Trudeau told Canada's CP24 on Sunday. "It shouldn't be a big thing that the prime minister is walking in the Pride Parade and from now on, it won't."

In addition to Trudeau's historic march, he also used the occasion to discuss introducing Ontario identification cards that would be more inclusive with regard to the transgender community.

"It is something we are looking at federally," Trudeau told CP24. "We are trying to figure out the best way to actually getting around to doing it. We are looking at other jurisdictions."

Trudeau's move to change the treatment of gender on the country's ID cards may benefit from the momentum of other recent related developments.

Just a few weeks ago, the country's lawmakers voted to make the Canadian national anthem gender-neutral, changing the lyrics in "O Canada" from "in all thy sons command" to "in all of us command."