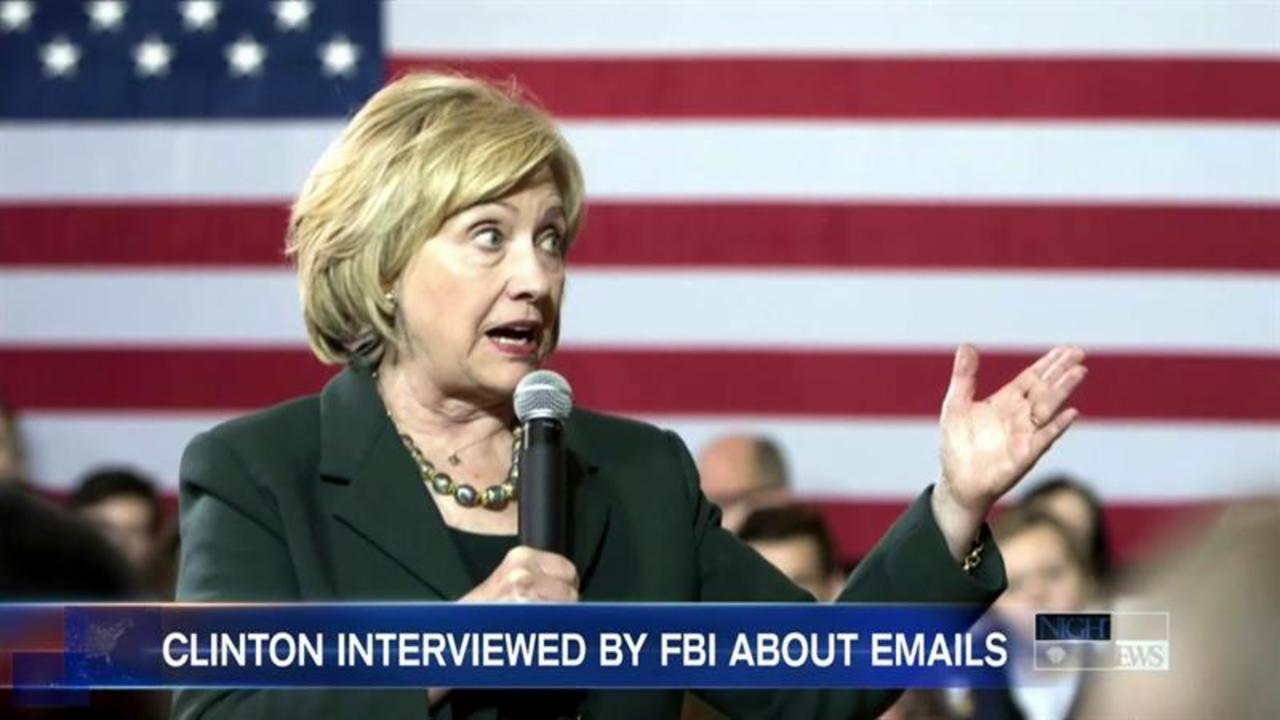 In Hillary Clinton's first interview since meeting with FBI officials regarding the investigation into her use of a private email server, she told NBC's Chuck Todd she was "eager" for the meeting, and "pleased to have the opportunity to assist the department in bringing its review to a conclusion."

However, she declined to comment on reports that charges will not be filed against her in the case.

Clinton also revealed that she first learned of her husband's tarmac meeting with Attorney General Loretta Lynch from "the news."

She described it as a "short, chance meeting at an airport tarmac" and that the two "did not discuss the Department of Justice's review."

Yet she acknowledged that both the former president and attorney general have admitted "they wouldn't do it again."

On the email investigation itself, Clinton reiterated what she has said previously, that she "never received nor sent any material that was marked classified."

When asked who advised her that it was legal to have a private server, Clinton said that she wouldn't "go into any more detail than I already have in public many times...out of respect for the process the department is conducting."

On the political fallout, the latest NBC News/WSJ poll shows Donald Trump leading Clinton 41%-25% on the question of who would be better at "being honest and straightforward."

Clinton reacted to those numbers, saying "I'm going to continue to put forth my record, what I have stood for, do everything I can to earn the trust of the voters of our country. I know that's something that I'm going to keep working on, and I think that's, you know, a clear priority for me."

"When you've been in the eye of the tornado for as long as I have, I know there's a lot of incoming fire, I accept that," she added.

More from NBC News:
Donald Trump tweets image of Hillary Clinton along with Star of David
Newt Gingrich says Donald Trump 'not trying' yet
Are Chinese hackers slowing down their cyber attacks on the U.S.?