We've both got a soft spot for cheesecake so making it into an frozen creamy ice cream situation seemed like the appropriate thing to do. There's some graham cracker clusters going on, and cream cheese chunks, and juicy sticky blueberry preserves. The entire thing just really screams, "childhood pleasures before coming into adult hood and realizing there is suffering in the world." It's super comforting. Oh and bonus, it's mega simple and you don't need to turn your oven on for any of it thanks God. 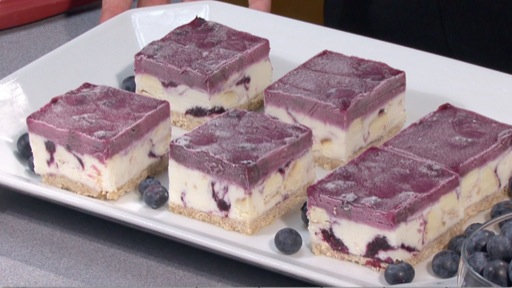