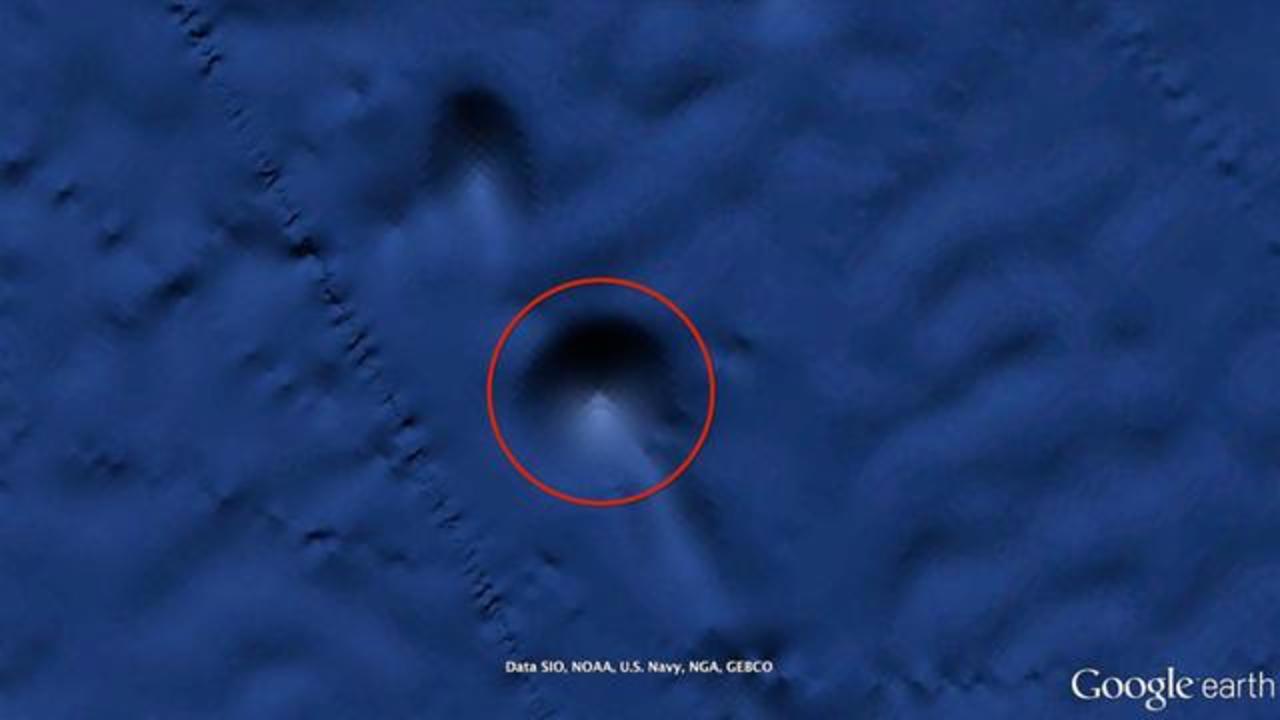 Humans have accomplished a number of impressive architectural feats, but one thing that has eluded us, as far as we know, is building massive structures deep in the ocean.

Aliens do not appear to fall short on such challenges, as they are being credited with the creation of an 8.5-mile-wide pyramid said to be on the ocean floor near Mexico, notes the Daily Mail.

The area in question was discovered via Google Earth by Marcelo Irazusta, a UFO enthusiast from Argentina.

Though the only thing visible is a surface variation, many speculate a massive spaceship or alien base station exists below.

Google Earth appears to be becoming an increasingly popular research tool for theorists who specialize in the extraterrestrial and supernatural.

The Huffington Post is reporting that just weeks ago, a UFO hunter claimed to have spotted 'Kraken' via Google Earth. Often referred in Nordic folklore, the massive, squid-like sea creature is characterized by a penchant for dragging massive ships and the people on them down to its deep, watery, lair.

RELATED: Check out some alien-looking, otherwordly landscapes that are actually found on Earth:

More from AOL.com:
Mysterious ghost hand in historic photo is freaking people out
Mysterious and giant snake on the loose in Maine seen eating a beaver
Letting your dog lick your face can make you go blind