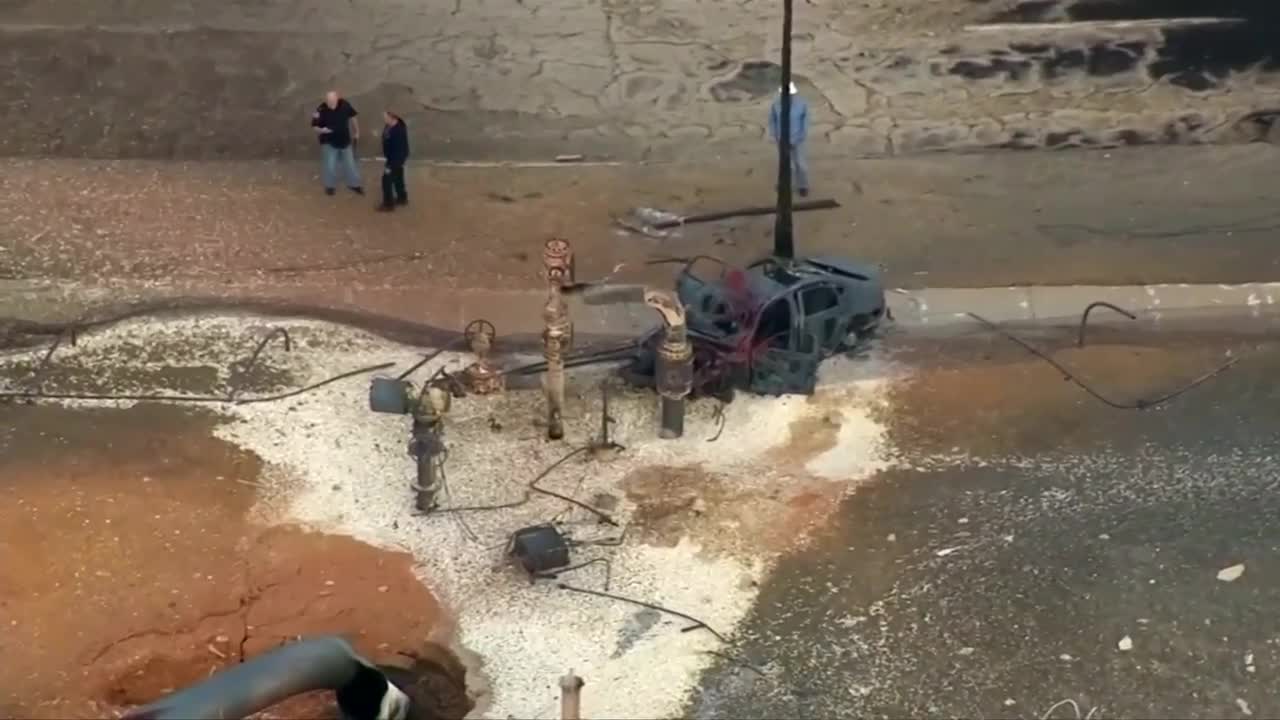 July 2 (Reuters) - Hundreds of people were briefly evacuated from their homes in the Michigan town of Melvindale on Saturday morning after a car hit a natural gas main at a DTE Energy facility and caused an explosion and fire, police said.

The evacuations were a precaution in case the fire affected natural gas pipelines or underground wires. No one was hurt except for the driver of the car, and residents were allowed to return home a few hours after the fire was put out, police said.

Local television showed dramatic images of an intense blaze burning high into the sky and charred buildings at the facility belonging to DTE, a U.S. electric and gas company.

"The explosion happened around 02:30 this morning. A vehicle hit a gas line, on the DTE property, and the male driver was transported to the hospital," police officer Amber Martinez said by telephone.

Martinez said the evacuation in Melvindale, a town of about 10,000 inhabitants outside Detroit, was lifted at around 9 a.m. EDT (1300 GMT).

Melvindale Police Chief Chad Hayse told reporters at a news conference that city and police officials went door to door in the neighborhood to evacuate residents. He said he had no information on the condition of the driver.

Buildings at the DTE facility were damaged in the blaze, a DTE company representative and fire officials said at the news conference. (Reporting by Fiona Ortiz; Editing by Helen Popper)