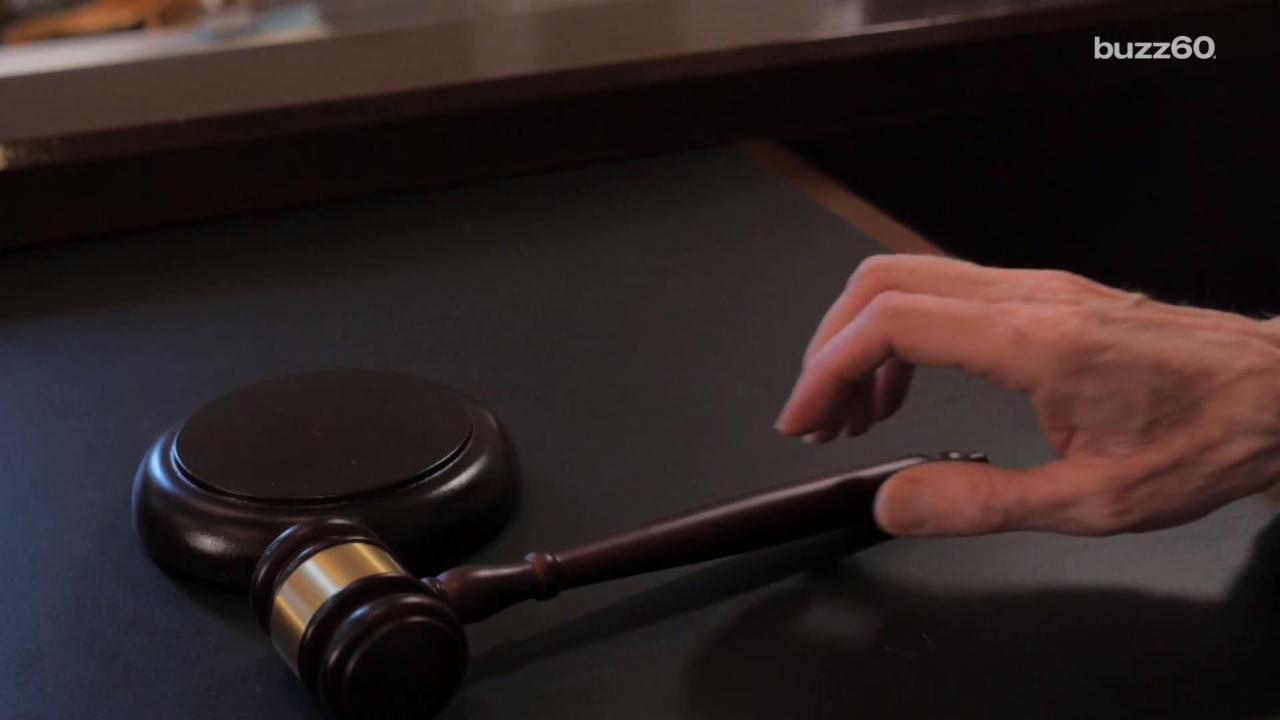 Sorry attorneys, the robots are coming for your jobs too.

Will robots take all our jobs?

For warehouse workers and truck drivers, the future does not look rosy. But those of us with more white collar gigs don't have to panic yet, right?

More From Inc.com: 28 Craft Spirits to Improve Any Party

Well, maybe some of us do. Sorry, lawyers, we know you're already spinning from a lousy job market and tons of law school debt, but it looks like you're going to face competition from artificial intelligence sooner rather than later.

Got a routine legal problem? Chatbots to the rescue

"The program first works out whether an appeal is possible through a series of simple questions, such as were there clearly visible parking signs, and then guides users through the appeals process," reports the Guardian's Samuel Gibbs.

More From Inc.com: 8 Tiny Habits That Will Make You Happier

And it's getting pretty good results. "In the 21 months since the free service was launched in London and now New York, Browder says DoNotPay has taken on 250,000 cases and won 160,000, giving it a success rate of 64% appealing over $4m of parking tickets," Gibbs writes.

DoNotPay is coming to Seattle next, but the bot's creator also has bigger plans in mind. "Browder's next challenge for the AI lawyer is helping people with flight delay compensation, as well as helping the HIV positive understand their rights and acting as a guide for refugees navigating foreign legal systems," Gibbs explains.

Browder is also "exploring a developer platform that only requires legal knowledge, not a coding background, which could spawn further useful chatbots to help dispense simple legal advice without exorbitant fees."

More From Inc.com: 12 Sure Signs You Are Doing Better Than You Think

RELATED: 9 ways the workplace will change in the future

9 ways the workplace will change in the future

In the past 25 years, one-quarter of companies have reduced the number of layers of management they have, moving toward a flatter, more grid-like management structure.

We've already seen it in companies like Vegas-based e-commerce site Zappos, which eliminated employee titles just over two years ago in favor of a manager-free "holacracy."

In May, NPR created a digital tool to calculate how likely it is that certain jobs will be taken over by robots 20 years from now.

Manual-labor jobs appear to be most at risk, while jobs that require empathy, like social workers and caretakers, are least at risk.

A University of Oxford report predicts that "by 2030, let alone by 2050, we'll have lost almost 50% of the workforce to artificial intelligence," said David Price, co-founder of cultural-change practice We Do Things Differently and author of "OPEN: How We'll Work, Live and Learn in the Future."

The Oxford report, which examined sectors most likely to lose jobs, noted that the transportation and logistics industry was particularly susceptible to upheaval thanks to the development of driverless cars by companies like Google.

Even jobs that seemingly require the human touch, like the classroom teacher, are at risk.

"We're already seeing experiments with this robot in the classroom, and when you ask kids with autism which one they'd rather be taught by, the teacher or the robot, they pick the robot," Price said.

New technology doesn't always mean the loss of jobs. The invention of the printing press actually created a lot of jobs back in the day, said Price, "and we're going to gain jobs as well, but it's guesswork which jobs we'll gain."

Canton predicts a scenario in which humans and robots work side-by-side in the future, where new jobs could include operating artificial intelligence-based technology and old jobs could be augmented by it.

"We're going to need to train people — whether on the factory floor or in a call center — how to use A.I. smarter," Canton said. "So right now the era of using these knowledge bases is kind of cumbersome, but over the next decades artificial intelligence will sense what somebody is asking a customer and will help the human operator provide better service."

It's cheaper for employers, who have an entire world of workers at their fingertips, to hire freelancers as needed rather than full-time employees, as it doesn't involve a lengthy hiring process or require them to offer benefits like health insurance or social security.

Many workers are also starting to opt for freelance employment over full-time employment, giving them more jurisdiction over the hours they work and the jobs they take on.

But Price cautioned that this dynamic has the potential to exploit the labor force. Are workers choosing this route because "they want to freelance, or because they can't find a job?" Price wondered. "When companies are outsourcing so many jobs, people say, 'Well, I might as well become freelance because I can't get a job.'"

If the only reason people will freelance is because companies don't want to hire and pay full-time workers,"What kind of a society are we going to be getting?'" Price asked. "Are corporations going to employ a living wage, or are governments going to have to force that?"

People are living longer, and the cost of living keeps going up, requiring many to keep working much later in life. Younger generations also aren't saving money for retirement the way their parents' generation did, because they can't afford it.

"I think people will live and work as long as they're capable," Price said.

But advancements in medical treatments and remedies to the negative health effects of aging could mean people are more energized and suited to working at older ages, according to a report on the future of work by financial-insurance provider UNUM.

A "future of work" report from PricewaterhouseCoopers predicts that people will continue shifting away from the one life, one career mentality — an already observable trend among millennials. Workers will follow their passions as they change, and for many that also means changing careers.

But another driving force behind the phenomenon is a demand for social consciousness: Are companies ethically minded? Do they care about their customers, their environment, their employees?

Corporations "have to have more of a social purpose," said Price, "because people are much more ethically aware now, and people won't invest in companies that don't have a strong ethics." Companies have to prove that they're worth the time of their workers — that they have missions, values that they're invested in, and goals for becoming socially responsible in order to attract and retain employees.

The PwC report also envisions a world in which employers can monitor and screen their employees at a much more advanced level: "Sensors check their location, performance and health," the report states. "The monitoring may even stretch into their private lives in an extension of today’s drug tests."

The Daily Telegraph learned such measures will likely be met with resistance. The British newspaper installed motion detectors in early January to track their reporters but quickly abandoned them after incurring angry blowback.

"Will companies develop a kind of 'Big Brother' approach to checking on their employees? Possibly, but I think more of them will think they need to be engaged in supporting [their employees]," Price said.

He pointed out how many Silicon Valley tech executives are setting up schools for their kids and their employees' kids in order to provide a better, more tech-focused brand of education.

"These paternalistic philanthropists who want to give their workers housing, keep them out of the pubs, [and] look after their health" may seem intruding or controlling, Price said, but "it will be in companies' best economic interest ... to play a much more active role in that."

Coworking spaces are becoming more and more popular, not just among freelancers and entrepreneurs but also corporations that can use them to relocate employees. Dissolving the traditional office headquarters would enable companies to hire the best candidates all over the world regardless of proximity to a central company hub.

Social media engagement platform Buffer announced in October that it's getting rid of its office and instead letting employees work remotely or from coworking spaces, which Buffer will pay for.

“With an office, if team members are in San Francisco it can be easy to delay meetings until all team members are in the office. The conclusion we came to is that we should always do the thing we can do immediately," said Buffer co-founder and CEO Joel Gascoigne, adding that digital advances like Google Hangouts or HipChat help Buffer survive by facilitating instant meetings, messages, and face-to-face conversations regardless of employees' locations.

Both Price and Dr. Canton imagine a world in which driverless vehicles could eliminate mass transit and transportation jobs, but on the positive side, these cars could potentially eliminate daily commuter traffic, not to mention crashes and fender benders.

"Cars are going to have V2V, a vehicle-to-vehicle capability, and self-driving cars could be preventing a lot of accidents and saving a lot of lives," Dr. Canton said — perhaps as many as 30,000 a year.

This vehicle-to-vehicle capability, technology that lets cars monitor and communicate with each other, would track the speed of each car and facilitate and ease road congestion, making commutes more efficient and headache-free.

But these technological advancements aren't an excuse for humans to grow complacent and expect computers or artificial intelligence to do all the work — on the road, or in the office.

"The preferred future is not one where machines run everything and we just go on vacation," said Dr. Canton, but rather one where human lives and jobs are made easier by the aid and advance of technology. "Our jobs are being changed because computers and networks can do [some] jobs more efficiently than humans can. That doesn't mean eliminating humans, but it means retraining humans to keep pace with it all."

That's obviously fabulous news for those with aggravating legal woes and limited budgets, but it's also got to be a little worrying for lawyers. While robots are clearly a long, long way from replicating the oratorical savvy and strategic genius of top litigators, it looks like artificial intelligence is fully capable of taking on some of the routine legal tasks that make up the bread and butter of some less high-flying legal careers.

This fact illustrates the central truth about the increasing capabilities of artificial intelligence -- in the short-term there are winners and there are losers. Services like DoNotPay could be great for consumers, and VCs are salivating about the possibilities of chatbots, but dislocation looms for some workers.

Plus, local authorities are down some $4 million in revenue from bogus parking tickets. But it's hard to feel too bad for them.

More from Inc.
4 phrases that are better than 'I don't know'
Attracting new college grads: 5tips for hiring entry-level candidates
5 signs you're afraid to live a more creative life