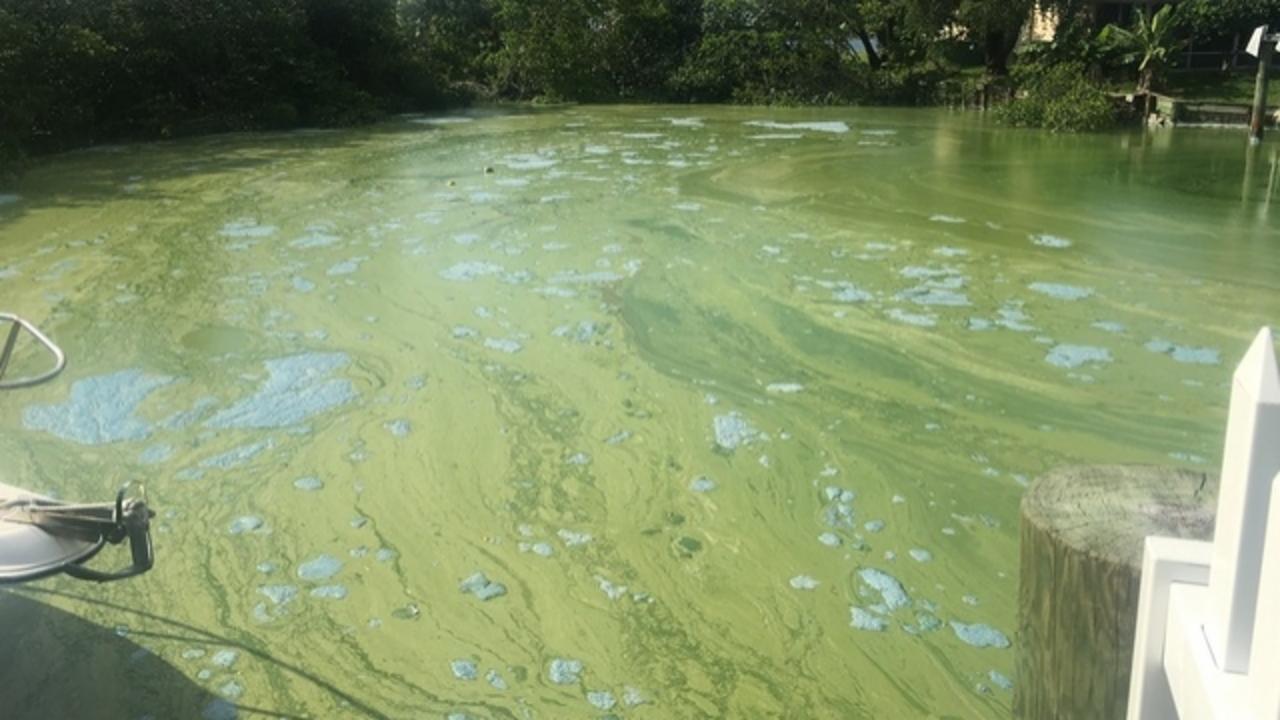 Florida's waters are covered in mysterious algae. It first appeared last month and seems to be growing. The source is thought to be from the polluted Lake Okeechobee, located in Palm Beach.

Not only is the algae unsightly, but it's hurting Florida residents -- human and otherwise. People have been getting rashes and coughs. Due to the algae soaking up the water's oxygen, it is also threatening fish, birds, and sea mammals.

SEE ALSO: Former Republicans can rock the election this fall

This has prompted the Florida Gov. Rick Scott to call for a state of emergency in several counties: Martin, St. Lucie, and Palm Beach.

Commissioner in Martin County, Doug Smith, told local newspaper Palm Beach Post, "This is our Deep Water Horizon," referencing the BP oil spill in 2010. "It's time the federal and state government understand how God-awful the problem is here."

"The smell is so bad it will make you gag. We have red eyes and scratchy throats. We can smell it in our office. It's terrible," said Mary Radabaugh, one of about 250 people that came to an emergency meeting in Martin County about the algae.

While some blame Lake Okeechobee, others blame the Army Corps, who released billions of gallons in overflow flood water into Florida rivers and lakes.

"After visiting with local elected officials in Martin County yesterday and viewing the algae first hand, we felt compelled to take action, even though we need to remain vigilant in managing the level of Lake Okeechobee," said Col. Jason Kirk, U.S. Army Corps of Engineers Jacksonville District Commander.

Scott assured residents at the emergency meeting that actions are being taken as well. While the federal government has spent over $700 million to move overflow water to the south rather than the coasts, Scott insists more steps should be taken.

Local representatives in the Martin County Commission, too, resolved to solve the issue. Some were satisfied, like resident Marjorie Shropshire: "It's a good start. The commission has to keep the pressure on. This is a real public health hazard."

Others are still upset, like 8-year-old Cooper Rausmussen: "I can't go fishing. I can't go swimming. I hate to see fish die. Please help us."