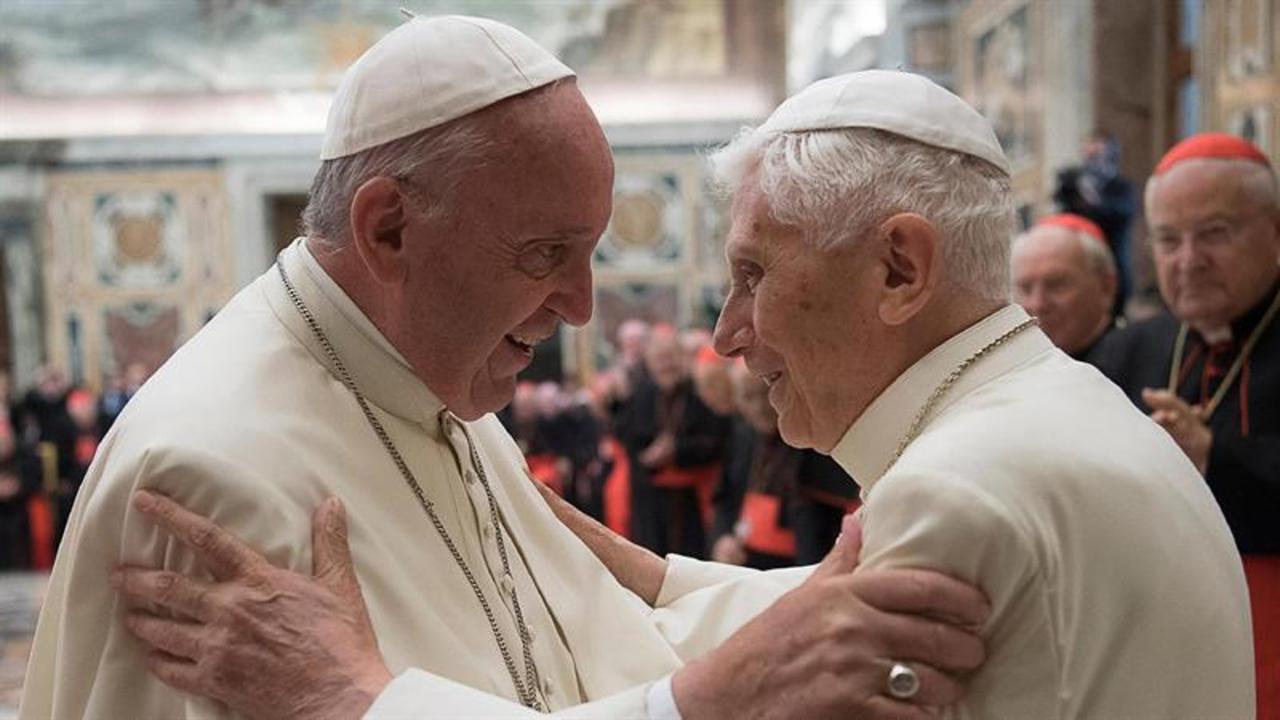 VATICAN CITY, July 1 (Reuters) - Former Pope Benedict says in his memoirs that no-one pressured him to resign but alleges that a "gay lobby" in the Vatican had tried to influence decisions, a leading Italian newspaper reported on Friday.

The book, called "The Last Conversations," is the first time in history that a former pope judges his own pontificate after it is over. It is due to be published on Sept. 9.

Citing health reasons, Benedict in 2103 became the first pope in six centuries to resign. He promised to remain "hidden to the world" and has been living in a former convent in the Vatican gardens.

Italy's Corriere della Sera daily, which has acquired the Italian newspaper rights for excerpts and has access to the book, ran a long article on Friday summarizing its key points.

In the book, Benedict says that he came to know of the presence of a "gay lobby" made up of four or five people who were seeking to influence Vatican decisions. The article says Benedict says he managed to "break up this power group."

Benedict resigned following a turbulent papacy that included the so-call "Vatileaks" case, in which his butler leaked some of his personal letters and other documents that alleged corruption and a power struggle in the Vatican.

Italian media at the time reported that a faction of prelates who wanted to discredit Benedict and pressure him to resign was behind the leaks.

Photos of Pope Benedict before he stepped down:

The Church has maintained its centuries-long opposition to homosexual acts.

But rights campaigners have long said many gay people work for the Vatican and Church sources have said they suspect that some have banded together to support each other's careers and influence decisions in the bureaucracy.

Benedict, who now has the title "emeritus pope," has always maintained that he made his choice to leave freely and Corriere says that in the book Benedict "again denies blackmail or pressure."

He says he told only a few people close to him of his intention to resign, fearing it would be leaked before he made the surprise announcement on Feb. 11, 2013.

The former pope, in the book-long interview with German writer Peter Seewald, says he had to overcome his own doubts on the effect his choice could have on the future of the papacy.

He says that he was "incredulous" when cardinals meeting in a secret conclave chose him to succeed the late Pope John Paul II in 2005 and that he was "surprised" when the cardinals chose Francis as his successor in 2013.

Anger over the dysfunctional state of the Vatican bureaucracy in 2013 was one factor in the cardinal electors' decision to choose a non-European pope for the first time in nearly 1,300 years.

Benedict "admits his lack of resoluteness in governing," Corriere says.

In the book, whose lead publisher is Germany's Droemer Knaur, Benedict says he kept a diary throughout his papacy but will destroy it, even though he realizes that for historians it would be a "golden opportunity."

More from AOL.com:
Pope Francis says to nix these 6 habits if you want to be a good leader
Pope says Church should ask forgiveness from gays for past treatment
Man marries his smartphone in Las Vegas ceremony