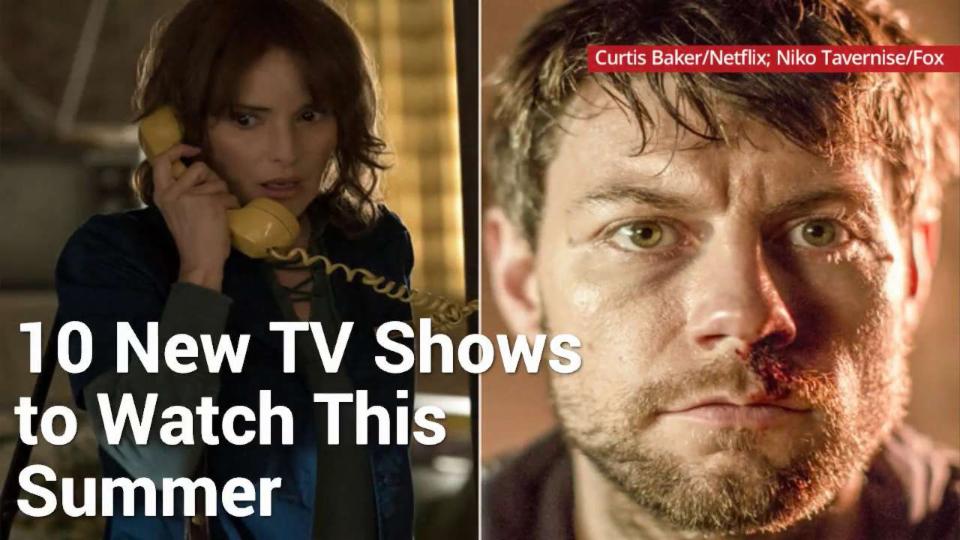 With Game of Thrones now on hiatus and a little less than two weeks until Mr. Robot resumes, you may feel like you can take a break from TV. But during this time of too much television, there's no time for breaks. We must remain ever-vigilant, always on high alert, and in constant binge mode. With that in mind — and with the long Fourth of July weekend upon us — here's a list of eight shows to watch right now that will enable you to catch up with episodes and/or seasons you may have missed and prepare for ones that are about to begin.

BoJack Horseman seasons one and two: The third season of the animated series about the world's most self-involved, sad-talking stallion starts streaming July 22 on Netflix, making this the perfect time to view its first two seasons. BoJack is both a hilarious satire of celebrity culture and a genuinely bracing exploration of depression; there are plenty of laughs, but the laughs often carry some weight. Since each season consists of 12, 25-minute-long episodes, it's also a relatively manageable binge option. Seriously, you can fly through all of these this weekend and still have time left for fireworks and grilled meat products.

BrainDead: The brand-new CBS series from Good Wife creators Robert and Michelle King is tough to categorize by genre. Is it a political thriller, a work of sci-fi horror, a governmental satire, or a romantic dramedy? How about yes to all those? Mary Elizabeth Winstead stars as a documentarian taking a break from filmmaking to work in the Capitol Hill office of her brother, a Maryland senator. But she quickly realizes there's plenty to investigate there, too, specifically the weird bugs that are invading the brains of members of Congress and hardening their already partisan political views. The show can be uneven and, given the insect-filled subject matter, a little ooky. But it's refreshingly weird enough to make for engaging, popcorn-crunching summer TV. The first three episodes can be viewed on demand or on CBS.com. (You must be a CBS All Access subscriber to watch episodes one and two online.) Season one will resume with episode four on Monday, July 11.

Difficult People season one: "Why do I need to watch Difficult People?" you ask. "I'm already a New Yorker who zigzags around Manhattan while complaining and making catty comments. That shit is my life." Okay, I don't know you. But I'm pretty sure that Billy Eichner and Julie Klausner, who play the deliciously bitter protagonists of Difficult People,are both funnier and 80 times more biting when they zigzag through Manhattan while complaining and making catty comments. So just pipe down and watch season one of their Hulu series — which, given the pop-culture-infused nature of its vocabulary, might make a nice pairing with BoJack Horseman — and then prepare for another blast of arsenic-spiked Eichner–Klausner comedy when season two starts streaming July 12.

The Night Of: If you're looking to get a jump on a new show instead of catching up on existing ones, consider watching the first episode of this HBO mini-series, which doesn't air until July 10 but is available early on demand and via HBO Go and HBO Now. Created by Steven Zaillian, Academy Award–winning screenwriter of such films as Schindler's List and The Girl With the Dragon Tattoo, and Richard Price, the novelist (Clockers) and Oscar-nominated film scribe who also wrote for The Wire, this detail-oriented crime procedural follows a young Pakistani-American (Riz Ahmed) who stands accused of a grisly homicide that he does not remember committing. That first episode — which traces the events of the night of the murder — grabs you by the throat and doesn't let go.

Outcast: Want to see something really scary? I mean, really scary and geared toward adults, as opposed to teen-and-tween-targeted fare like MTV's Scream or Freeform's Dead of Summer? Invest some time in Outcast, the new Cinemax series from Robert Kirkman of Walking Dead fame, which focuses on exorcising demons, both literal and psychological, in small-town West Virginia. Outcast marinates in a creepy sense of foreboding and delivers jolts, as well as a haunted performance from Patrick Fugit as a man trying to come to terms with the fact that all his mistakes may have been things the devil made him do. The first four episodes of this ten-episode season can be viewed on demand or via Max Go; Cinemax is also airing a marathon of that first quartet on Friday July 1, beginning at 8 p.m. Season one resumes with episode five on July 8, in the show's usual time slot: Friday nights at 10.

Silicon Valley: This consistently astute depiction of start-up culture just finished a strong third season on HBO, but I fear it got overshadowed by Game of Thrones and an equally solid season of Veep that resonated especially deeply in an election year. Do yourself a favor and give these episodes the attention they deserve. As it has in previous seasons, Silicon Valley season three illustrates how even supposedly forward-thinking tech companies get mired in idiocy and slowed down by chain-of-command b.s. And just like last season, it features a number of twists that make this comedy as exciting as it is funny. All episodes can be watched on HBO On Demand, HBO Now, and HBO Go.

UnREAL: The Lifetime series about the backstabbing behind the backstabbing on a reality show is in the middle of its second season, and the stakes for everyone are already high, including Rachel, who's once again unhappily stuck in the role of producer; Quinn, who's trying to snatch back control of Everlasting, UnREAL's reality program within a drama, from the newly hired showrunner; and Darius, the first black suitor on Everlasting, who's dealing with a variety of issues that could threaten his day job as a football star. If you missed season one, all of those episodes are available on Hulu, while the first four episodes of season two can be found on demand and via mylifetime.com. (Yes, in case you're wondering: a new UnREAL episode will air on Monday night at 10 even though it's the Fourth of July. Alter your plans or set your DVRs accordingly.)