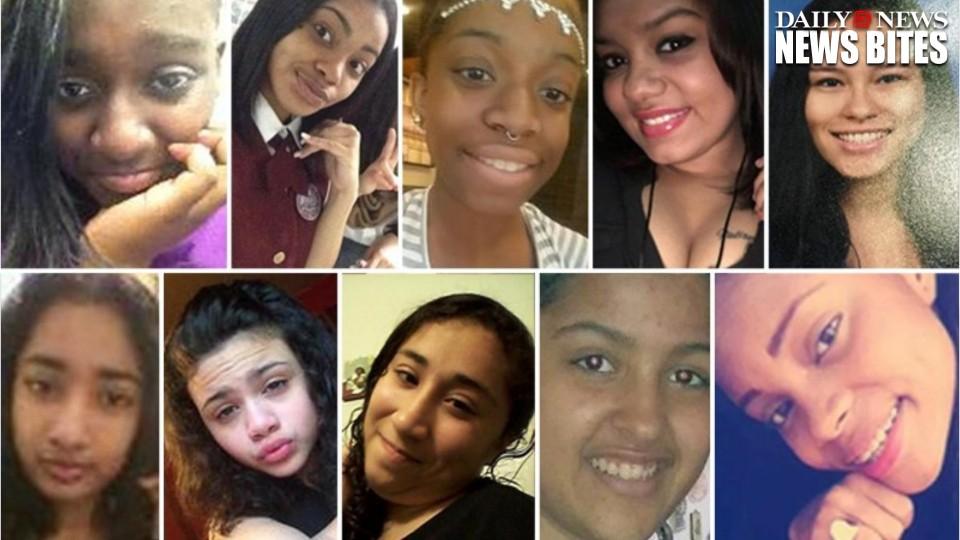 Since July 2014, 14 girls between the ages of 12 and 19 have gone missing in the Bronx. Six were reported missing this month alone, with two reportedly vanishing June 23. "Every other week our young girls are just vanishing off our streets," New York City Councilman Andy King said at a press conference on Wednesday. "Something is going on."

King suggested that the missing girls, who are mostly black or Latina, are being kidnapped and forced into prostitution. "Understanding and learning more that there is a valid active prostitution ring that is occurring up here in the Bronx, we need to find ways to shut it down," he told those assembled.

At the press conference, King and several demonstrators read aloud the names of those vanished and held signs with their photos and the information surrounding their disappearances. One girl, 14-year-old Sierra Rivera, was last seen on June 2; when she went missing, police say it was believed she'd run off with her boyfriend. Another, 16-year-old Ashley Bissal, was last seen leaving her apartment. She was supposed to pick up her younger sister from school, but she never showed. A third, 15-year-old Emily Arroyo, was supposed to return home from a juvenile program on April 26, but again, she disappeared.

King called the pattern "disturbing," and police say they're investigating his claims.

See more from this heartbreaking story:

More from The Cut:
RIP Scoop, Home of the 2000s ‘It’ Shopping Bag
What Do Royals Do All Day?
That Viral Childbirth Photo Had a Tragic Backstory