US sailors divulged sensitive information while held by Iran - Navy 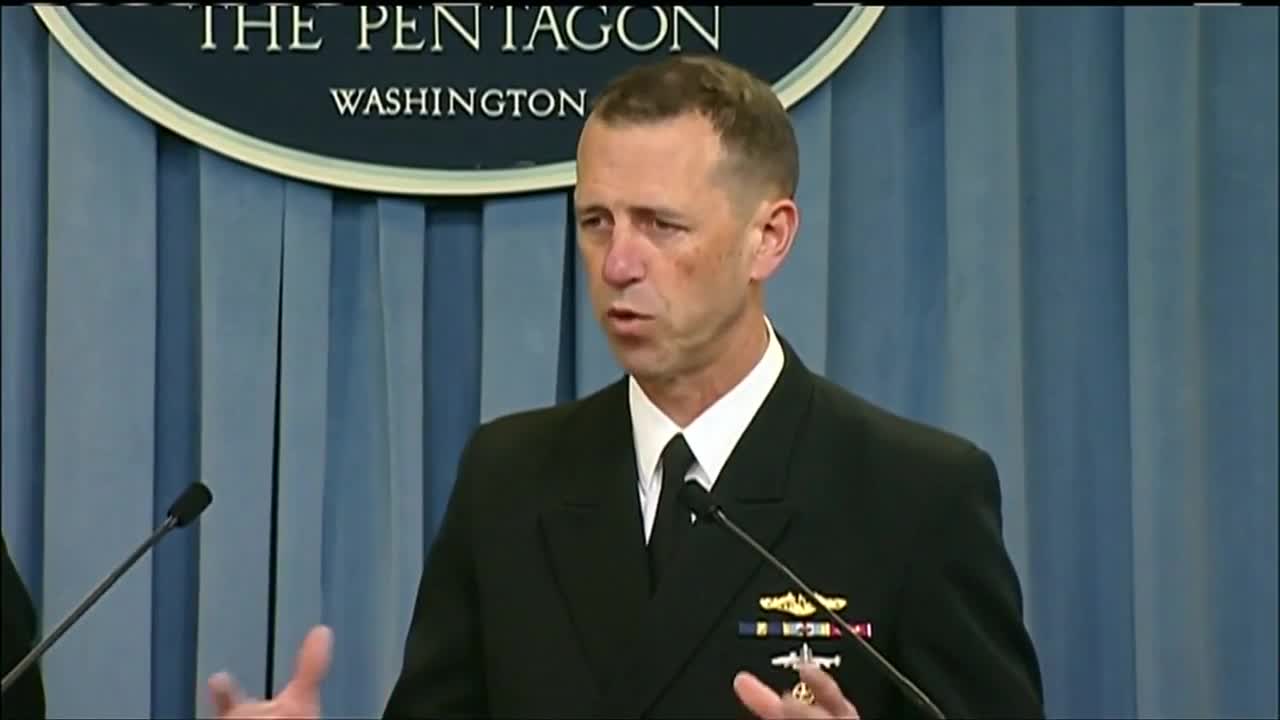 It said some of the 10 crew members gave away capabilities of their vessels, one of them disclosing his vessel's potential speed and suggesting it was on a "presence" mission to demonstrate U.S. military power in the Gulf.

The incident, which embarrassed the United States, rattled nerves days before implementation of a U.S.-nuclear accord between Iran and world powers negotiated by the administration of U.S. President Barack Obama.

See images of the January incident:

Iran releases detained US sailors
Up Next

"It is clear that some, if not all, crew members provided at least some information to interrogators beyond name, rank, service number and date of birth," the report said.

The report redacted names, but the Navy last week identified the commander of the boats' task force as Captain Kyle Moses and said he had been relieved of his command. In May, the Navy fired Eric Rasch, commander of the squadron that included the sailors.

The report said two people had faced administrative action and it recommended action on six others.

The Navy report blamed the incident on poor planning, leaders who did not properly consider risks, and complacency, a lack of oversight and low morale. The sailors were traveling in two vessels to Bahrain from Kuwait.

At a Thursday news conference, Navy officials acknowledged that the crew and commanders had made serious mistakes.

"Our actions on that day in January and this incident did not live up to our expectations of our Navy," Chief of Naval Operations Admiral John Richardson said. "Big incidents like this are always the result of the accumulation of a number of small problems."

Problems had plagued the mission from the beginning. The task force commander ordered the 250-nautical-mile transit, the longest the crews had attempted, on short notice, and "severely underestimated" the transit's risks.

"He lacked a questioning attitude, failed to promote a culture of safety, and disregarded appropriate backup from his staff and subordinate commands," the report said.

The boats' captains and crew did not review or follow their planned course from the moment they left port, the report said, and inadvertently went through Saudi Arabian territorial waters before entering Iranian waters off the coast of Iran's Farsi Island in the Gulf.

At one point, the crew members did not realize they were near Farsi Island because none of them zoomed into their navigation system's map.

Near the island, one of the boats had a faulty engine, and the two craft were approached by two IRGC boats, which pointed their weapons. They were soon joined by two other IRGC boats. The boat captains did not direct their gunners to put on protective gear or man their weapons.

Under the standard rules of engagement, U.S. military personnel are obligated to defend their units. However, in the hopes of de-escalating the situation, the captains directed their gunners to step away from their weapons.

"I didn't want to start a war with Iran," one of the boat captains told investigators. "My thought at the end of the day was that no one had to die for a misunderstanding."

The Iranians forced the sailors to remove their body armor, kneel, and place their hands behind their heads, and took video and pictures of the crew doing so. At Farsi Island, they interrogated and detained the sailors overnight before releasing them the next day.

The sailors acquiesced to Iranian demands that they eat and act happy while being filmed in order to be released, and one captain read an apology prepared by the Iranians. Unbeknownst to them, the U.S. government already had negotiated their unconditional release.

The report faulted the IRGC for violating international norms. The Iranians replaced an American flag on board with an IRGC one, ransacked the vessels, and damaged equipment, the report said.

"The Navy investigation confirms what has been obvious from the beginning: that Iran's obstruction, boarding, and seizure of sovereign U.S. Navy vessels at gunpoint and the detention, interrogation, and recording of 10 American sailors were flagrant violations of international law," said U.S. Senator John McCain, a former naval aviator, in response to the report.