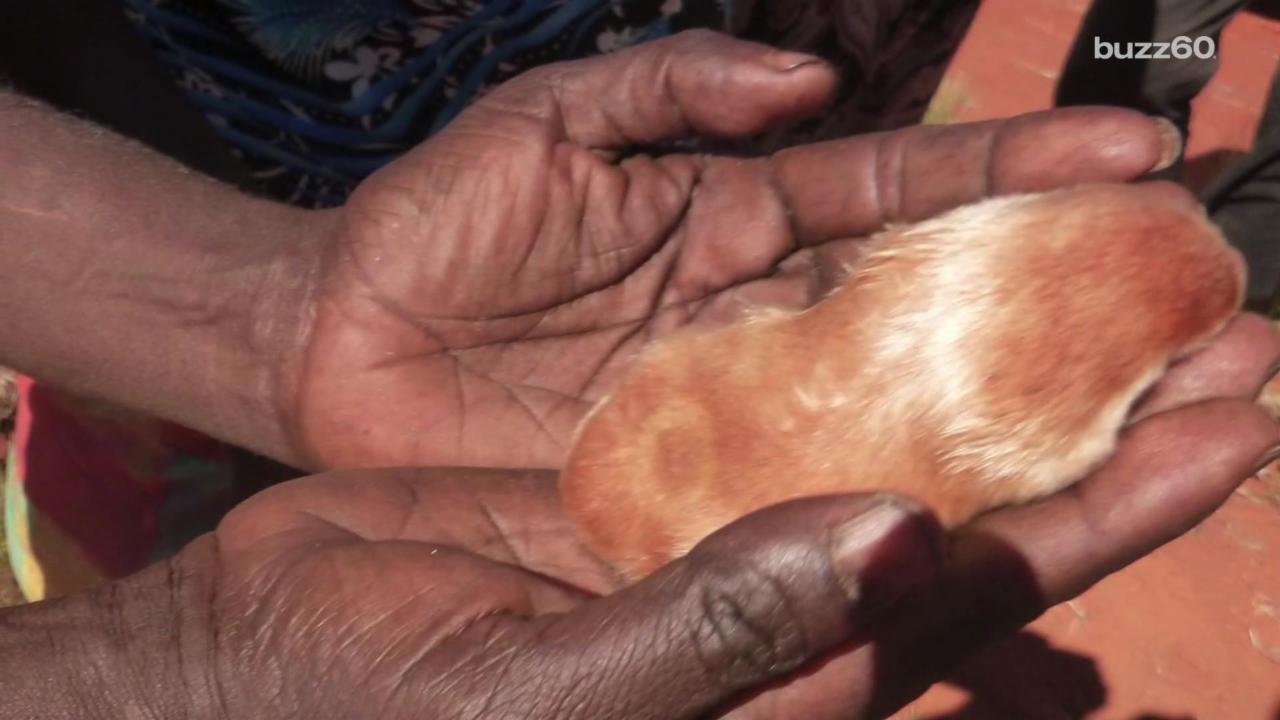 While documenting stories about bush foods in their region, rangers in the Kiwirrkurra Indigenous Protected Area (IPA) in Western Australia made a find that would even impress King Midas.

It was an elusive marsupial mole called a "karrkaratul" -- a rarely-seen, strikingly gold mammal that's indigenous to the central deserts of Australia.

"We were driving along a bush track on our way home when this little golden creature ran across the road in front of us," said Kate Crossing, IPA Coordinator on behalf of the Kiwirrkurra Rangers, in a post on the Tjamu Tjamu Aboriginal Corporation - Kiwirrkurra Facebook page.

"Yalti yelled out "karrkaratul" and jumped out as I stopped the car," Crossing continued. "We all crowded round as Yalti held this beautiful creature carefully in her hands, its powerful front feet trying to dig to safety."

Apparently, the creature is so rare, some of the rangers said that they'd never seen one before in their lives.

"They're just so rarely encountered that we don't know how rare or common they are," said Mark Eldridge, Principal Research Scientist in the mammalogy section at the Australian Museum, in an interview with Mashable Australia. "They live most of their lives underground, and rarely come to the surface."

So, what became of the curious little guy?

"After a few minutes of wonder we gently put it down away from the road and watched in awe as it dug straight down and disappeared," wrote Crossing.

More from AOL.com:
See the full results from the NBA Draft
Your couch might be hurting you
'Europe is destroyed': ISIS celebrates Brexit vote