Survivor says Ted Bundy softly told her, 'Do you know what? I'm going to kill you' 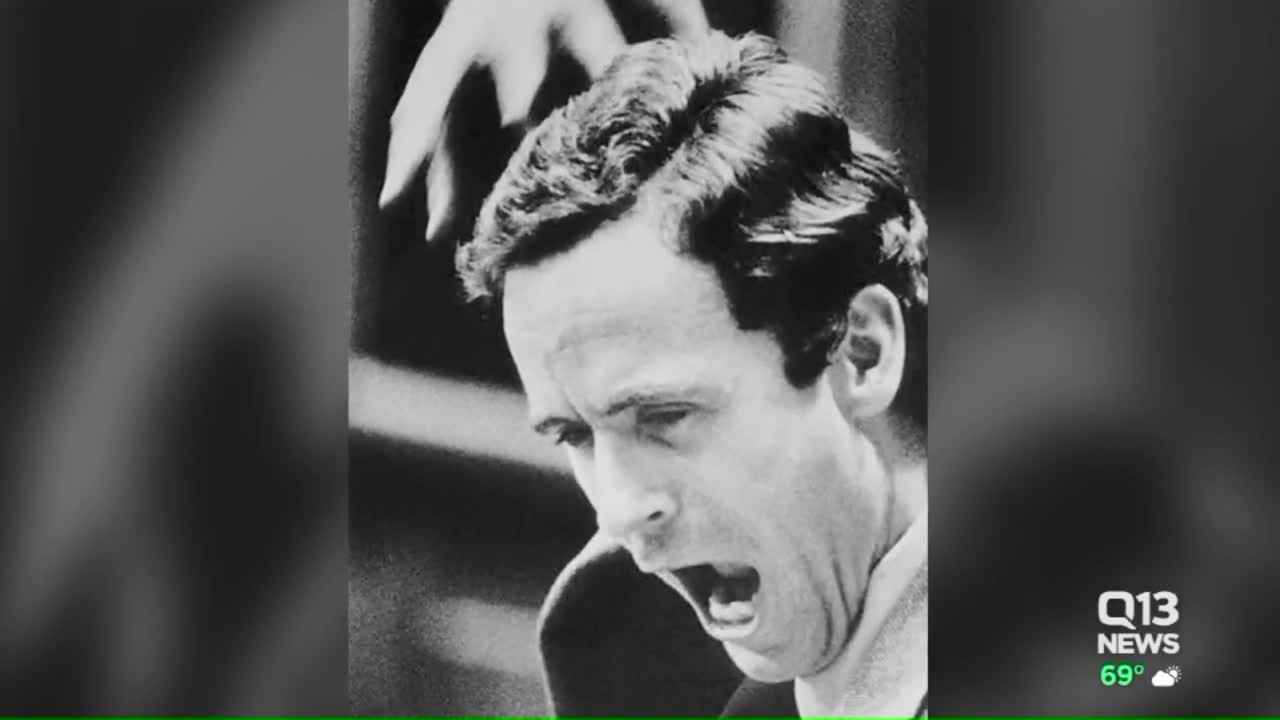 SEATTLE -- When Ted Bundy pulled up in his Volkswagen to offer you a ride, why did you get in the car?

That's one of the first questions I asked Rhonda Stapley when I met her Wednesday morning on the UW campus in Seattle, where she was promoting her new book, "I Survived Ted Bundy," being sold on Amazon.

SEE ALSO: It's cheaper to live on a cruise ship than in these cities

"There was no reason not to get in the car," she replied. "It was Utah in 1974. He looked like a college student. I told him I was going to the university. He said he was too, hop in."

Stapley was a 21-year-old college student at the University of Utah studying to be a pharmacist when, she said, the man she later discovered was Bundy pulled up and offered her a ride.

"There were no warning signs. He didn't look creepy. He was very nice," Stapley said.

Bundy was enrolled as a first-year law student at Utah. Stapley said he told her needed to make a stop at the zoo but kept driving up into a canyon.

"I was thinking that he probably wanted to stop and park and make out," said Stapley, a naive Mormon girl.

What she didn't know is that by then, Bundy had already started his murderous Northwest nightmare. He had sexually assaulted and killed a handful of young women earlier that year in Western Washington.

Stapley had been to the dentist that day and was in pain. She said she was trying to figure out what to say to him when he stopped the car and leaned in.

"I thought he was going to kiss me or make a forward kind of advance, and he said, just very quietly, 'Do you know what? I'm going to kill you.' And he started strangling me."

Notorious serial killer Ted Bundy
(Original Caption) Aspen, Colorado: A recently enlarged photo taken of Theodore Bundy five months before the two murders he was convicted of appears to show a chipped tooth Bundy said he did not have until two months after the killings. In photo made August 4, 1977 in Aspen courthouse, a chip can be seen in the left front incisor.
Ted Bundy's image on a television screen on the lawn of the Florida State Prison. | Location: Starke, Florida, USA.
A portrait of mass murderer Ted Bundy, responsible for a string of murders in Washington state, Utah, and Florida in the 1970s.
(Original Caption) Orlando, Fla.: Theodore Bundy watches intently during the third day of jury selection at his trial in Orlando for the murder of 12-year-old Kimberly Leach.
(Original Caption) Theodore Bundy rests his head on his fist as he listens to attorneys argue the merits of his case in the pre-trial hearings prior to Bundy's trial for the killings of two Florida State University coeds.
(Original Caption) Close up of Theodore Bundy, convicted Florida murderer, charged with other killings.
Up Next

The abuse went on for an hour or two, where he would cut off her air and the bring her back to consciousness.

She said she remembers his eyes to this day -- "dark and scary ... just evil. At one point, I was crying and begging for my life sitting on the ground and he said, 'You don't have the right to cry and whine at me. You should be thanking me that you're even alive cause I can kill you anytime I want.'"

Stapley said she lost consciousness again after he raped her on a picnic table. When she came to, he was over by his car with the dome light on. That's when she made her move.

"I jumped up and fell in the river and the river kind of swept me away from him," Stapley said.

Four miles downstream, she climbed out of the water and walked another 12 miles back to campus, freezing and in pain. She hid the injuries from her friends and family and never told anyone what happened.

Stapley said she felt guilt every time she heard about another missing or dead woman and suffered years of PTSD.

"I'd have nightmares almost every night," she said.

SEE ALSO: This graphic shows just how widespread meth is in the United States

[Bundy confessed to 30 homicides, but the true total remains unknown. Published estimates have run as high as 100 or more. He was electrocuted at Raiford Prison in Starke, Florida, on January 24, 1989]

After decades of emotional struggle, Stapley started getting counseling and began keeping a journal. That led to her book that she hopes will help women understand sexual assaults are not their fault.

"The physical injuries will heal eventually. The emotional scars need to be taken care of too," she said.

Stapley went on to work as a pharmacist, got married and had kids. She brought her 16-year-old granddaughter with her to visit Seattle.

"It's kind of surreal because I didn't really know what had happened and I didn't know that she was hiding these feelings," said Jade Gordon, who added that she tries to pay attention to her surroundings because of what happened to her grandmother. "I tend to try and not look at my phone or if I'm reading a book or something, I try to be less distracted when I'm out and about."

Stapley wants all young women to be aware there are still predators among us and that silence is one of their greatest weapons.

"The crime isn't over when the assault is over. It goes on forever," she said.

In the forward to Stapley's book, true crime author Ann Rule wrote that not only is Stapley "a credible witness, her story checks out."

"It in no way contradicts the FBI's timeline report on Bundy for the fall of 1974," Rule wrote. "The little known report tracks Bundy's activities, using things like gasoline receipts and telephone records to pinpoint his whereabouts on any given date. By all calculations, Bundy was indeed in Salt Lake City on October 11, 1974, when Rhonda was offered a ride by a handsome young man in a Volkswagen."