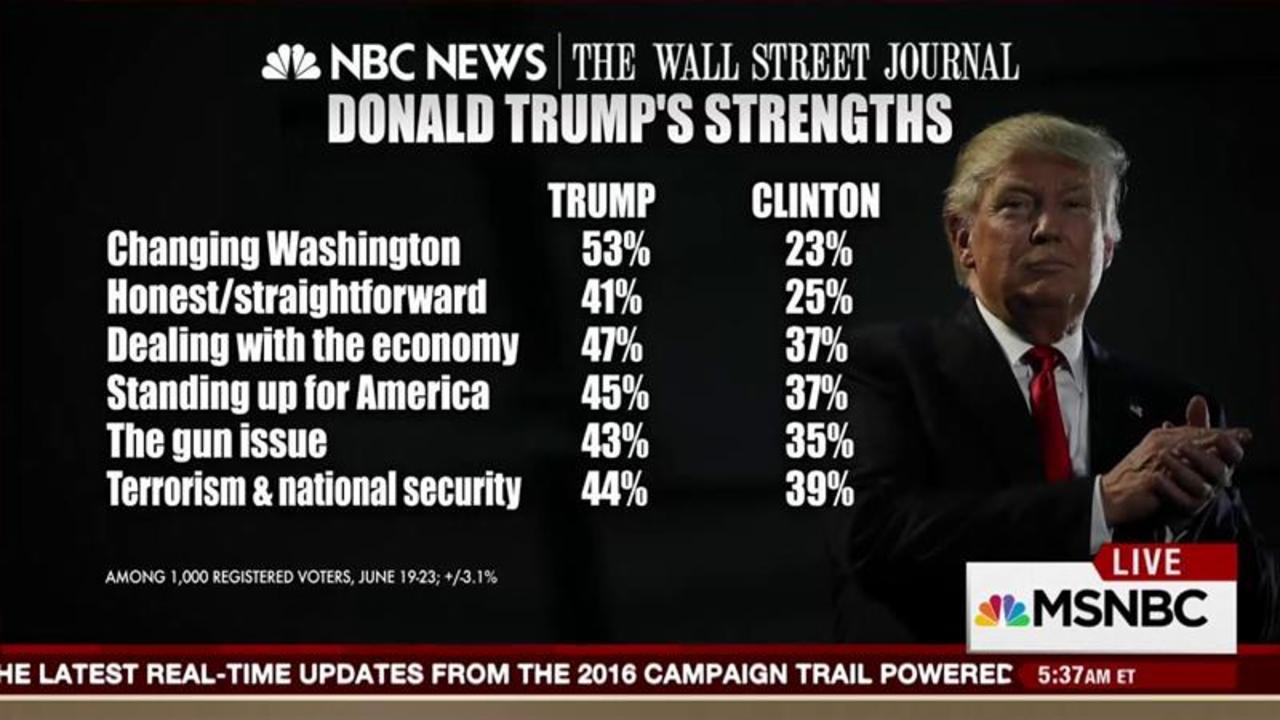 Donald Trump just took the lead in a major national poll for the first time in roughly six weeks.

In a Rasmussen poll released Thursday, Trump held a 4-point lead over presumptive Democratic nominee Hillary Clinton. Of the 1,000 likely voters surveyed, the presumptive Republican nominee won over 43% of support, compared with Clinton's 39%.

The margin of error was plus or minus 3 percentage points.

The poll is the first in which Trump has led Clinton since mid-May, when Trump held a 2-point lead in an ABC News/Washington Post poll.

The Rasmussen poll breaks a streak of 22 consecutive polls Clinton has topped Trump in.

After the Rasmussen poll, Clinton's lead in the RealClearPolitics average of several polls is now 4.9 points.