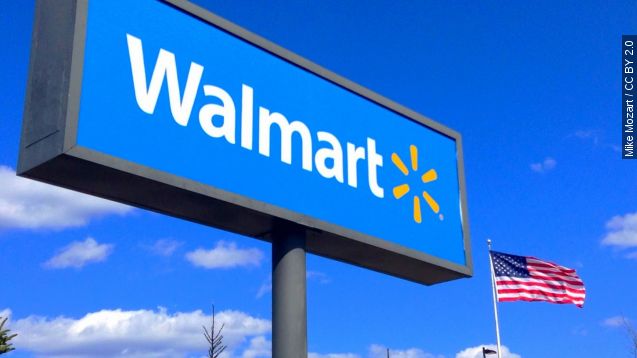 An activist group has written a letter [opens in PDF] to the Federal Trade Commission (FTC) alleging that Wal-Mart (NYSE: WMT) uses false and deceptive claims that some products it sells are "Made in the USA."

This is not the first time that TruthInAdvertising.org (TINA.org) has targeted the retailer with this charge. The dispute between the two parties began in June 2015 when TINA.org sent a letter to the retailer letting it know that it had investigated claims that certain products sold on its website were inaccurately labeled "made in the USA."

Two days after that letter was delivered Wal-Mart sent a letter [opens in PDF] to the organization declaring that the company would take steps to fix any misuses of the claim. It also said the retailer would be "undertaking a more extensive quality assurance review to eliminate these kinds of coding errors in the future." In addition, Wal-Mart said the issue was "limited to a small number of items" while expressing that it was confident of the overall integrity of its website.

About three week later, in July 2015, TINA.org decided the retailer was not making changes fast enough and filed its first complaint letter with the FTC. The federal agency investigated the complaint and notified both groups in October 2015 "that it will not be pursuing further action due to Wal-Mart's assurance that it has removed all U.S.-origin representations from its website," TINA.org posted on its website.

TINA.org disagreed with that and reviewed the company's website later in October 2015 then sent another letter to the FTC in November of that year. Now, on June 28, 2016, the activist group has sent the FTC another letter that claims Wal-Mart still falsely uses the "Made in the USA" claim on over 100 items on its website.

How does Wal-Mart respond?

The company, which acknowledged "mistakes" in response to earlier TINA.org claims, does not exactly refute the current charges, but it does downplay their importance. Wal-Mart's response also notes the company's "Open Call," a sort of pitch session where small American companies can get in front of the massive retailer.

"Today we were able to give hundreds of businesses with U.S.-made products an opportunity to land their items on Walmart.com," the company wrote in a statement sent to The Motley Fool. "It's just another way we can give our customers great products while also supporting our commitment to purchase an additional $250 billion in products that support American jobs."

The statement continued without the company admitting any fault without outright claiming that it was entirely in the right.

"These claims are not new, and as we've said all along, we will continue to work with our suppliers to help ensure we are giving our customers the transparency and authenticity they are looking for," the company wrote.

What does "Made in the USA" Mean?

Wal-Mart is not saying that it has never inadvertently misused the "Made in the USA" claim nor is it saying that it's not possible that products on its website are misusing it now. TINA.org wants the FTC to investigate and the agency should, since it has a very clear definition for what made in the USA means:

"Made in USA" means that "all or virtually all" the product has been made in America. That is, all significant parts, processing and labor that go into the product must be of U.S. origin.

That does leave a bit of wriggle room in the "virtually all" part, but the FTC includes further detail and a thorough guide on its website.
Wal-Mart has clearly demonstrated with Open Call, that it intends to give U.S. manufacturers a fair shake. It also pledged in 2013 to purchase an additional $250 billion in U.S.-made products by 2023. That's a big number, even by Wal-Mart standards, but it does not absolve the company if it is misusing (even inadvertently) the "Made in the USA" label.
The FTC should investigate and not simply take the retailer's word for it. Any mistakes should be corrected and increased diligence should be applied going forward.This will likely not damage Wal-Mart's business because it has plausible deniability. It sells millions of products and any problems regarding this label could be called unintentional (whether they are or aren't).
"Made in the USA" is a claim that should be protected, and it's up to the FTC to do so. While it may seem like a trivial issue, protecting the sanctity of "Made in the USA" protects American jobs. If a label is falsely used, a product may get the benefit of the claim without providing full impact on the U.S. workforce.

Daniel Kline has no position in any stocks mentioned. He was entirely made in the USA, but does not wear a label. The Motley Fool has no position in any of the stocks mentioned. Try any of our Foolish newsletter services free for 30 days. We Fools may not all hold the same opinions, but we all believe that considering a diverse range of insights makes us better investors. The Motley Fool has a disclosure policy.

Now, check out 7 items you should always buy at Target:

7 items you should always buy at Target