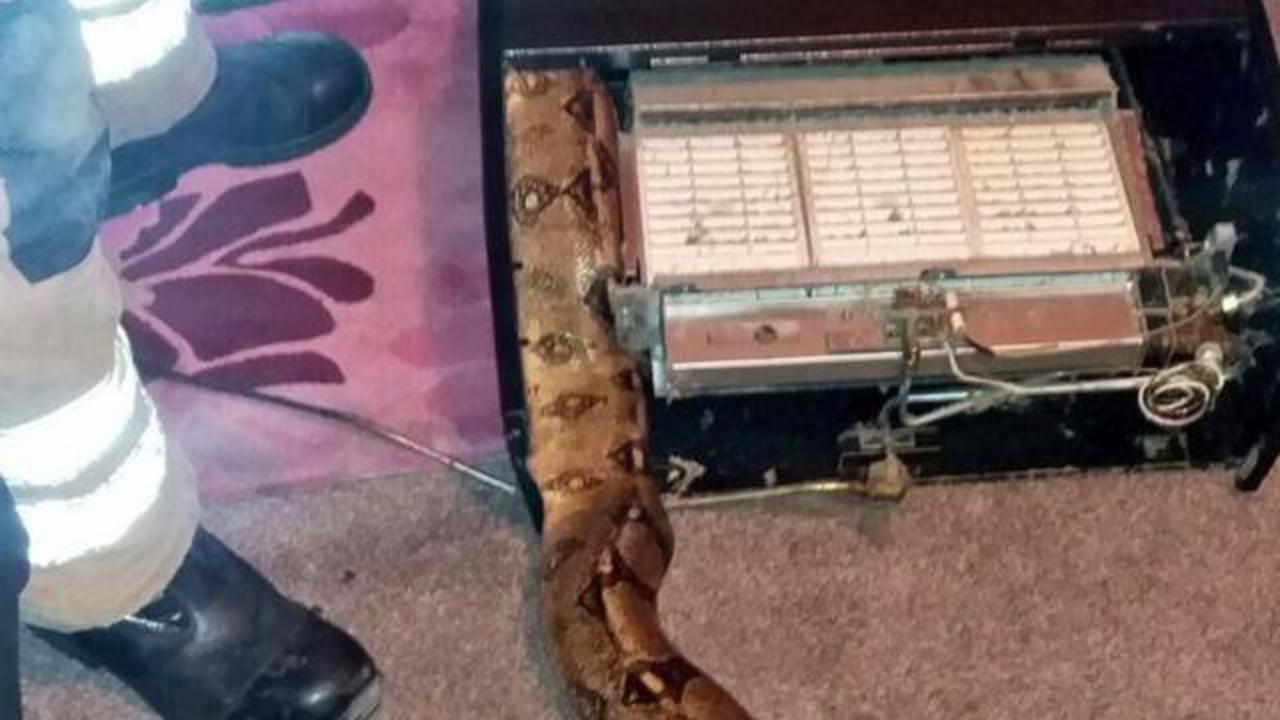 Boa constrictors are big, strong, and can be quite dangerous.

Nonetheless, firefighters in Gainsborough, England tasked with rescuing one kept as a pet didn't let the snake's menacing reputation deter them.

The call about the trapped reptile came in early Tuesday, and the rescue crew thought they were going out to coax the creature from behind a fireplace.

BBC is reporting that when they arrived, they realized the 8-foot-long boa constrictor had actually gotten stuck inside the gas powered – and thankfully unlit – flame-producing component.

Freeing it required the entire apparatus be dismantled.

The rescue was a huge success, though one of the firefighters did note, "Nobody on the crew would admit they were scared but there weren't many volunteers to free his head or hold him!"

RELATED: Snakes found where they aren't supposed to be

More from AOL.com:
4 steps to buying better salmon
Study finds losing a pet is as hard as losing a family member
5 tips for creating unity and flow in your home