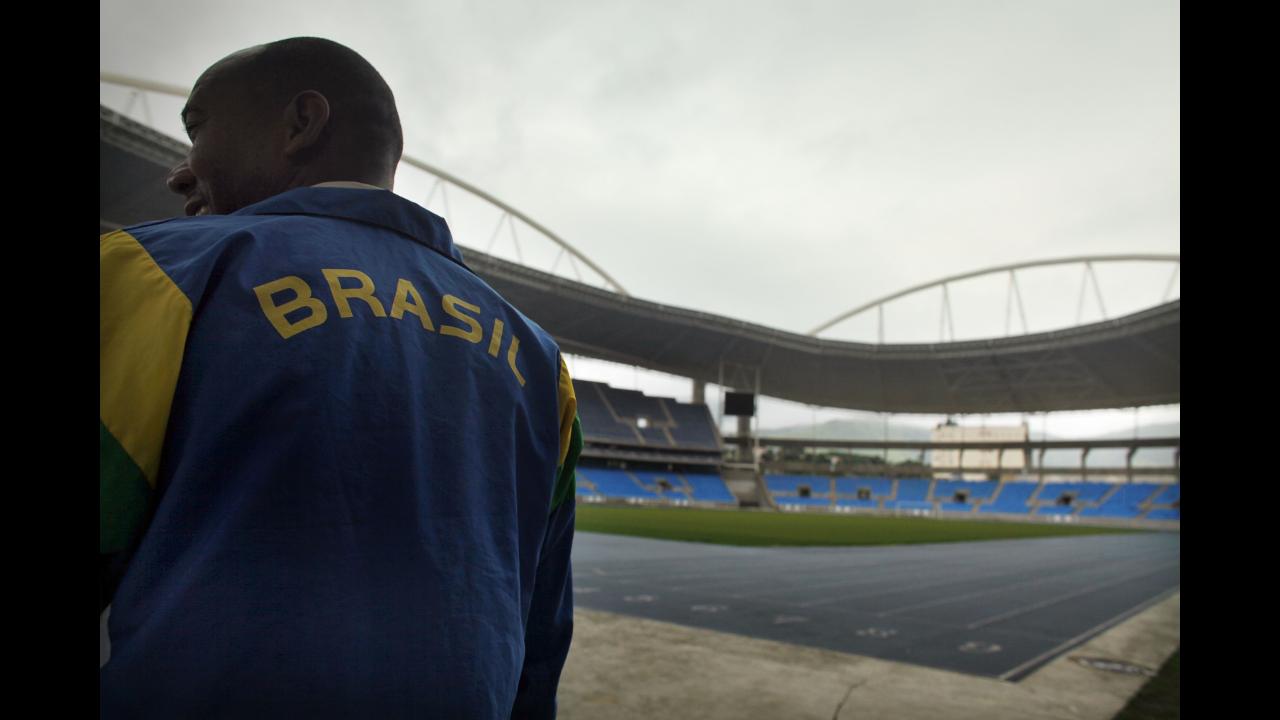 June 29(Reuters) - Against a backdrop of the iconic five rings, legendary swimmer Michael Phelps sat on a United States Olympic Committee stage at a March media event in Los Angeles, telling reporters why he had arrived fashionably late.

He had been rushed by private jet from Baltimore, courtesy of his sponsor Under Armour, which had held its own media event the same day (a coincidence, the company said). Phelps called Under Armour-backed athletes a "family" and its chief executive Kevin Plank a visionary with "mind-blowing ideas."

See the professional athletes endorsed by Under Armour:

The scene previewed the kind of marketing to expect during this summer's games, with companies operating under newly liberalized sponsorship rules - enacted after years of lobbying by athletes and their agents.

Under Armour won't pay the USOC or the International Olympic Committee for such mind-blowing branding opportunities. The company is not an official sponsor of the games. That privilege costs brands such as Nike Inc, Visa Inc and McDonald's Corp tens of millions of dollars for explicit rights to use the rings, the word "Olympics" and other intellectual property.

Sports agents and marketing executives told Reuters that Under Armour's campaign will be the best case study for the changes to so-called rule 40, which ends a marketing blackout during the games for companies who sponsor athletes rather than the event itself.

Phelps, one of Under Armour's biggest bets, competes this week in the U.S. swimming trials, where he aims to secure a spot in his fifth Olympics. He hopes to add to his total of 18 gold medals and 22 medals total, which already makes him the most decorated Olympian of all time. On Tuesday, Phelps posted the top time in the 200 meter butterfly heats, advancing to the semi-finals.

Beyond Phelps, Under Armour has backed a fleet of about 250 athletes - from the famous to the obscure - and plans a wide range of creative tactics to connect its brand to the Olympics.

The apparel company will, for instance, rent a series of outdoor gyms on a 50-mile stretch of beach in Rio to set up marketing outposts and host daily workouts for fans during the games. It will entertain VIP guests in a penthouse where they can mingle with its stable of athletes.

Official sponsors - worried the rule change could undermine their massive investments - will keep a keen eye out for potential infractions by other companies. John Lewicki, who oversees global Olympic sponsorship deals for McDonald's Corp , said his company will use these games to evaluate whether to continue future Olympic deals.

"I wouldn't necessarily say we're all happy about it," Lewicki said. "If we find rule 40 impacts the value of our sponsorship, we could always go back and renegotiate for the future."

McDonald's current deal, at a cost it declined to disclose, runs until after the 2020 summer games in Tokyo.

Lisa Baird, USOC's chief marketing officer said in a statement that "the USOC relies on partner support and works very hard to protect their Olympic rights, but while doing so we also look to expand opportunities for Team USA athletes."

The IOC said in a statement that it takes ambush marketing seriously and will protect its sponsors' exclusive rights.

"If there is a concerted effort to create an unauthorized commercial association with the Olympic Games or the Olympic properties, then we will take swift action," the statement said.

Before the rule change, approved last summer at the IOC session in Malaysia, athletes had long argued they were deprived of commercial attention and income during their most marketable moments.

Peter Carlisle, who represents Phelps as an agent at Octagon, a unit of Interpublic Group, said the rule changes help famous athletes like his client. But more changes are needed from the IOC, he said, to help the masses of athletes.

Official sponsorship proceeds, in fact, are vital to less famous participants, whom the Olympic committees support with the money. The USOC's annual budget was $247 million in 2012, the last summer Olympics year, and the cost of sending an individual athlete to the Games averages $40,000, the USOC said.

NTP: Michael Phelps preps for Rio Olympics
Up Next

Companies sponsoring individual athletes or teams had to submit their plans months in advance to the USOC or other national committees to ensure the campaigns do not infringe on Olympics copyrights. Sports agents estimate that hundreds of brands applied for U.S. waivers. The USOC declined to release the numbers of waivers requested or granted.

To feasibly take advantage of rule 40, athletes would have had to find sponsors at least six months before the games to meet the deadlines for brands to submit waiver requests. Many Olympians are only finding out in the next few weeks whether they qualify for the games in trials happening all over the world.

"This is a change for the better, but it's nowhere near where we need to get," Carlisle said.

Under Armour - along with dozens of other companies, including camera maker GoPro and beverage brands Red Bull and Gatorade, a unit of PepsiCo Inc - have already started flashy campaigns featuring Olympians. Each has sought approval to continue them during the games.

In March, Under Armour released a commercial showing Phelps swimming to a song called "The Last Goodbye," and then facing a flash of cameras.

"As long as you don't use Olympic intellectual property, like the rings or the word Olympic, you can make something that looks very beautiful," said Lowell Taub, head of sports endorsements at CAA Sports, an agency that works with Olympians such as gymnast Gabby Douglas.

Under Armour's "family" includes other big name athletes who are expected to compete in Rio: Jordan Spieth in golf, Andy Murray in tennis and Kelley O'Hara in soccer. It suffered a blow, however, when Steph Curry - one of its highest profile athletes and a star point guard for the Golden State Warriors of the National Basketball Association - opted out of playing for the U.S. basketball team in Rio so he could rest his injured knee.

The USOC said it plans to police any marketing activity that could hurt their official sponsors' investments, including on social media, but it declined to detail its enforcement plans. Nike, Under Armour's biggest competition in Rio, did not respond to repeated requests for comment.

The flood of new marketing during a three-week Olympics period is likely to pose steep enforcement challenges. Phelps' agent, Carlisle, predicted there would be so many violations of rule 40 this summer - especially on social media - that "it'll make your head spin."

Brands are taking their own measures to protect their sponsorship rights. McDonald's said it plans to work with media monitoring agencies, and its own internal marketing teams will watch social media closely to evaluate the impact of the changes.

A source who has negotiated previous IOC sponsorship deals said that top global sponsors spend about $25 million per year for the rights, or about $100 million for four-year period that includes a summer and winter games.

The IOC hopes to double fees to $200 million per four year period starting in 2021, the source said, speaking on condition of anonymity. That could mean tough negotiations for the IOC with current sponsors.

Under Armour will likely spend considerably less. It has chosen instead to cut much less expensive deals to outfit the athletes in several national governing bodies, which are groups that oversee specific sports in various countries such as USA Gymnastics, USA Boxing, Rugby Canada and beach volleyball in Switzerland and the Netherlands.

The company does not disclose how much it invests in Olympics marketing, but it reported in a filing that its marketing costs rose by 14 percent - to $122.5 million from $107.6 million - during the first quarter ended March 31, compared to a year ago. The company attributed the increase to "key marketing campaigns and investments in sponsorships" in the filing, which covered the period when it unveiled Olympic-themed commercials.

Under Armour plenty of reasons to keep pushing hard at the Olympics, said Morningstar analyst Paul Swinand. Unlike Nike, only a small percentage its sales come from international markets, and it needs to catch up to rivals in India and China, he said.

Peter Murray, vice president of sports marketing for Under Armour, didn't rule out becoming an official sponsor at some point.

"As we look to grow the brand and the business around the world outside the US, Olympics will continue to play a role in that," Murray said. "We are really just getting started."