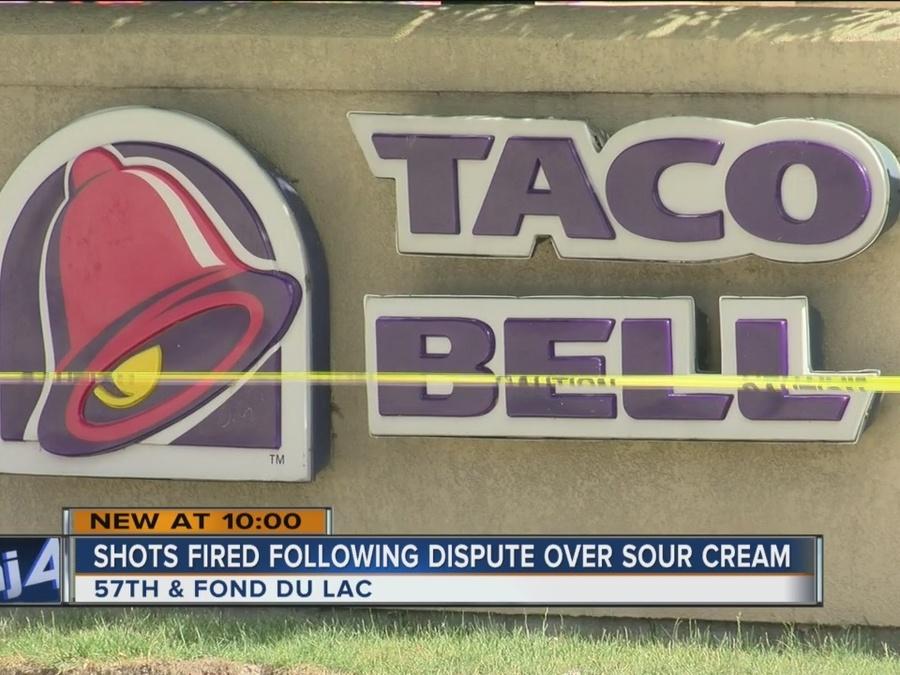 Milwaukee police are on the hunt for a disgruntled Taco Bell customer who shot into the drive-thru window after not receiving sour cream.

SEE ALSO: 5 things you should absolutely not say in an email

According to Taco Bell management, the man called after the restaurant already closed saying that he did not receive sour cream. The manager told him he could come back the next day for a free meal.

Regardless, the shooter came back shortly after midnight Monday night. He shot into the restaurant's drive-thru window and an employee's car.

No one was hurt or injured. He is still not identified, and the police are looking for him.