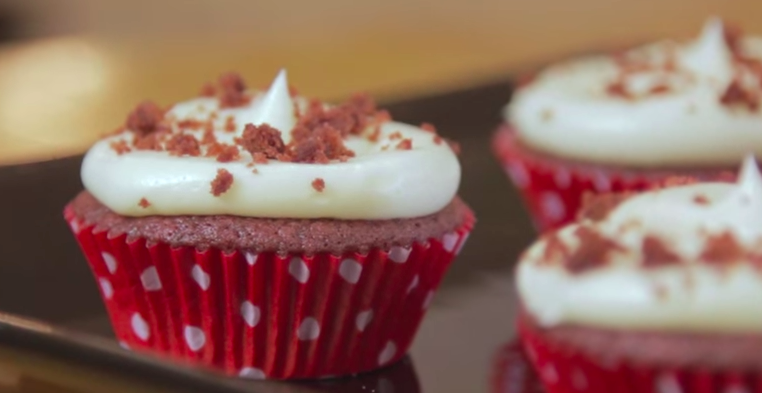 Oh, say can you see by the dawn's early light
What so proudly we hailed at the twilight's last gleaming? 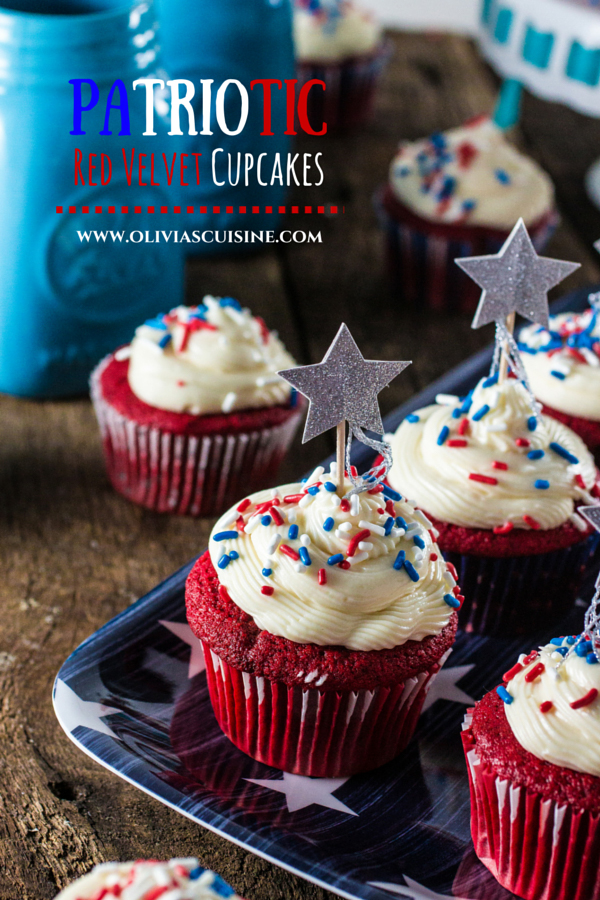 I wanted to post an American recipe to celebrate this country that I've been calling home for the past 5 years, and had a hard time trying to decide between burgers, hot dogs, meatloaf and lots of other American dishes. And then it hit me: red velvet cupcakes! Not only they are a classic American treat, they have the flag's colors.

Ok, except the blue... But I took care of that with some adorable patriotic sprinkles! 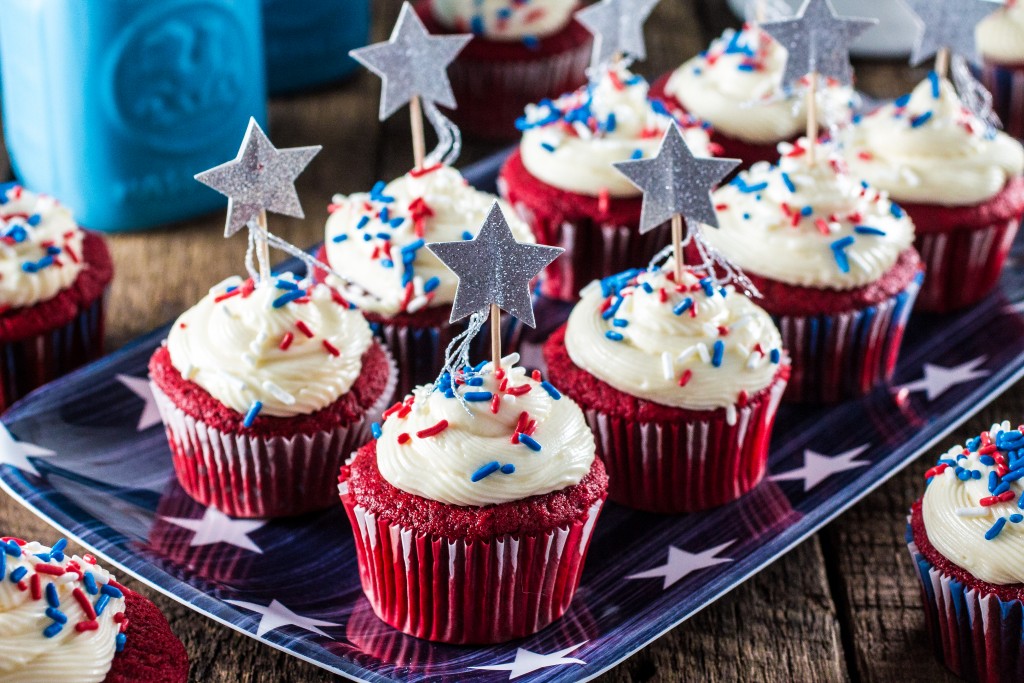 5 years ago I landed on JFK, in New York City, excited to start a new journey. My plans were to go to school, learn a lot and go back to my country to be with my family.

Silly me... Little I knew that I was going to meet my soul mate and fall in love with this amazing country!

Back then 4th of July meant a day I had no classes, lots of booze and fireworks. Today this date has a lot of meaning and I'm happy I have a blog so I can honor my "step-country"! The country that gave birth to my beloved husband and that will, in the future, give birth to my children. 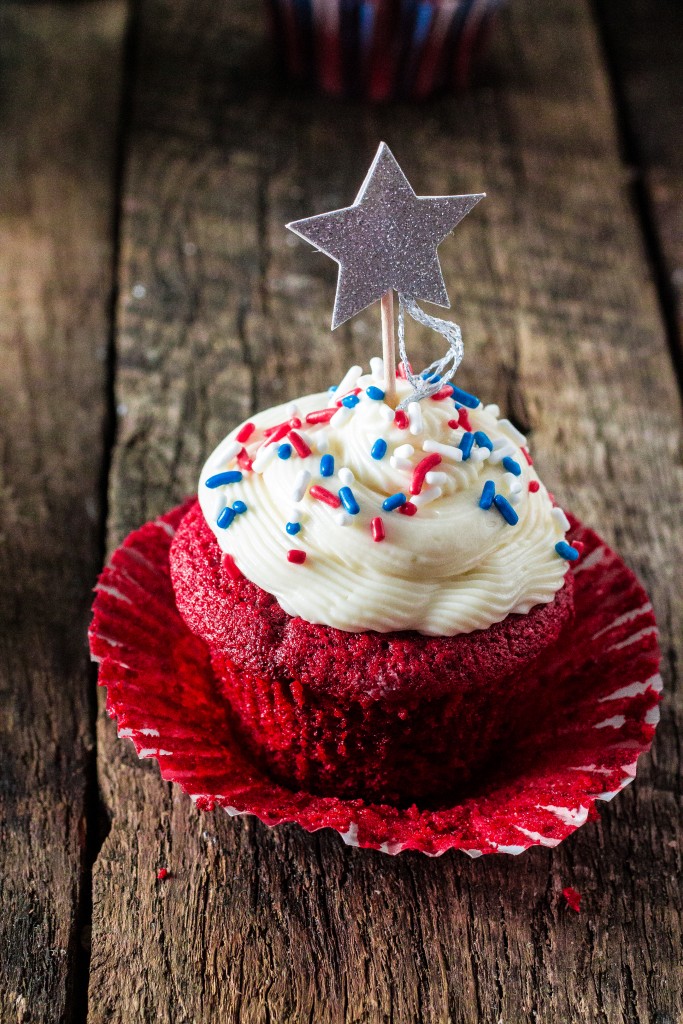 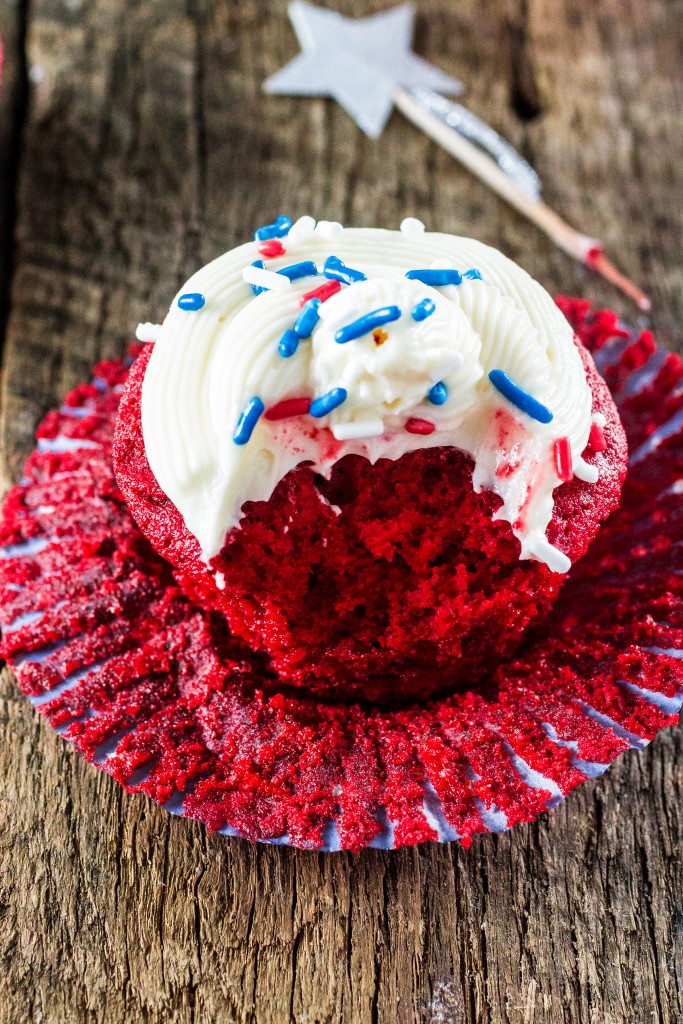 Ok, emotional part of the post is over. *wipes tears*

Red velvet cupcakes are a variety of red velvet cake which is a super moist cake with a blood red color, topped with either vanilla or cream cheese frosting.

There's an urban myth that says that the cake was invented in the 20s by a chef at New York City's famous Waldorf-Astoria luxury hotel. Supposedly, the recipe would have leaked when a customer wrote to the chef asking for the recipe. So he sent her the recipe, along with a $350 bill for it! She was so outraged that she sent the recipe to all her socialite friends.

Other theories have the cake being invented in the South or even in Canada. 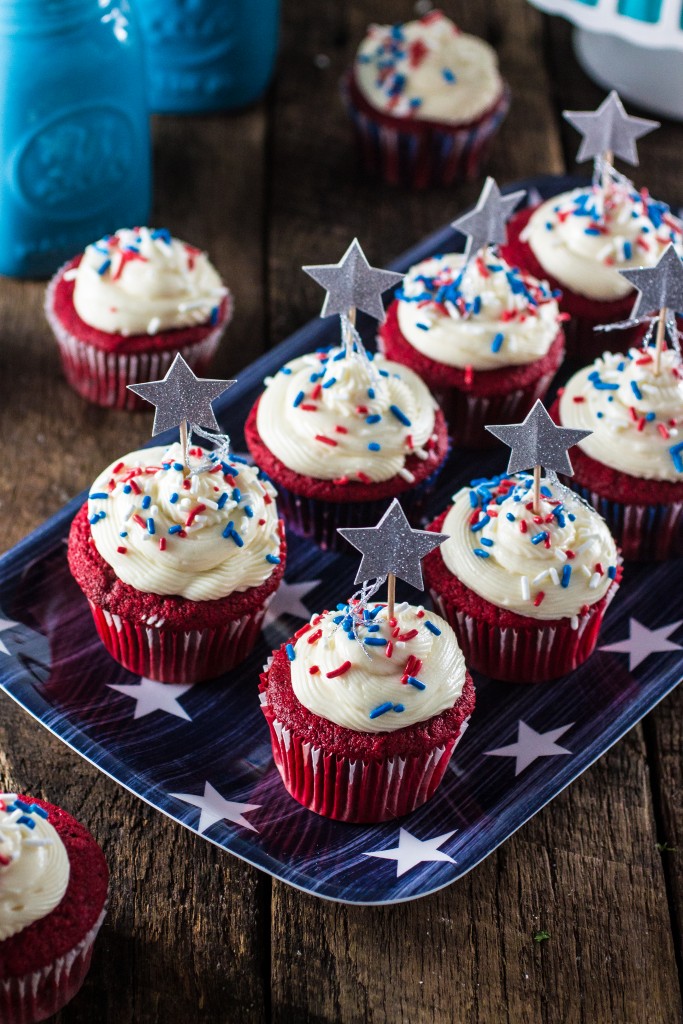 If you're not a red velvet lover, chances are you didn't have the real thing. Believe me, I've had my fair share of dry red velvet cakes and cupcakes!

Nowadays I know that the true red velvet, when made right, is fluffy, buttery and moist. 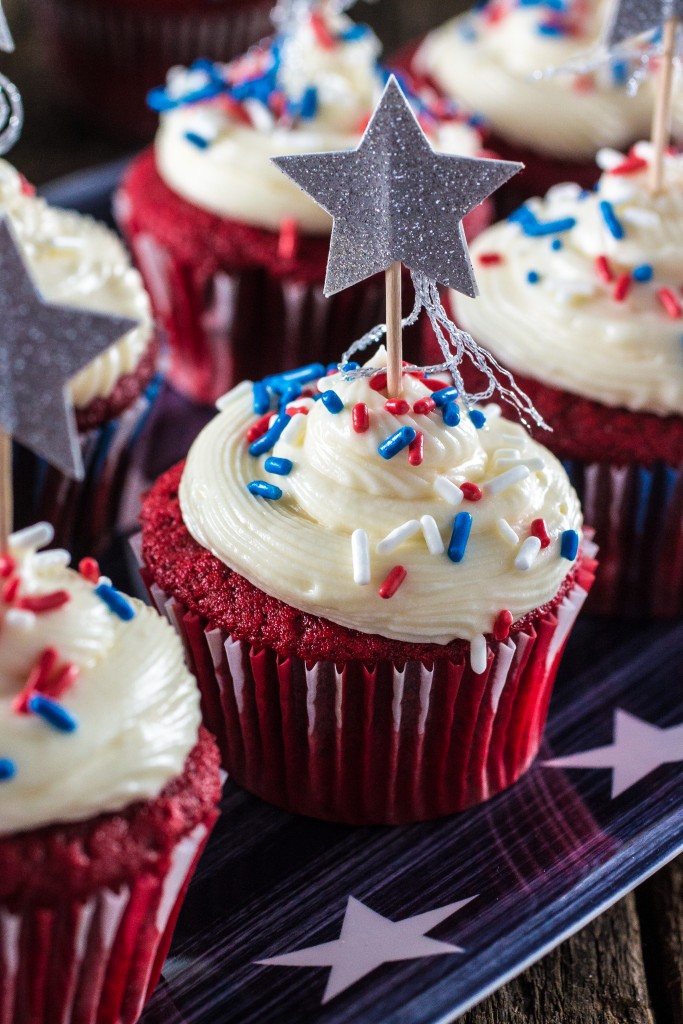 Don't feel intimidated by the vinegar in this recipe. You won't be able to taste it. Also, the baking soda needs an acid to react with to make the carbon dioxide bubbles that will make the cake rise and be extra light and fluffy. The recipe really benefits from this, as cocoa powder tends to slightly reduce the rise in cakes.

Also, don't substitute the buttermilk for milk. It won't be the same! Not only does it give a little help on the acid department for the baking soda, it adds a creaminess and tanginess to this recipe that regular milk won't do.

If you can't find buttermilk, you can make your own by adding a teaspoon of white vinegar (or lemon juice) to your regular milk. Let it sit for 5 minutes to activate!

And finally there's the cream cheese frosting. It complements these cupcakes so well, adding some tanginess and creaminess. It's like biting into a cloud!

The original recipe (from Magnolia's Bakery Cookbook) is topped with vanilla buttercream. I just couldn't do it! Red velvet and cream cheese frosting is like Romeo and Juliet. They just can't exist without each other!

Also, the cookbook recipe said this was supposed to make 24 cupcakes. I got 36 out of it! Thank God for my coworkers for taking some from me and preventing me from eating 36 cupcakes by myself!

God knows I would! 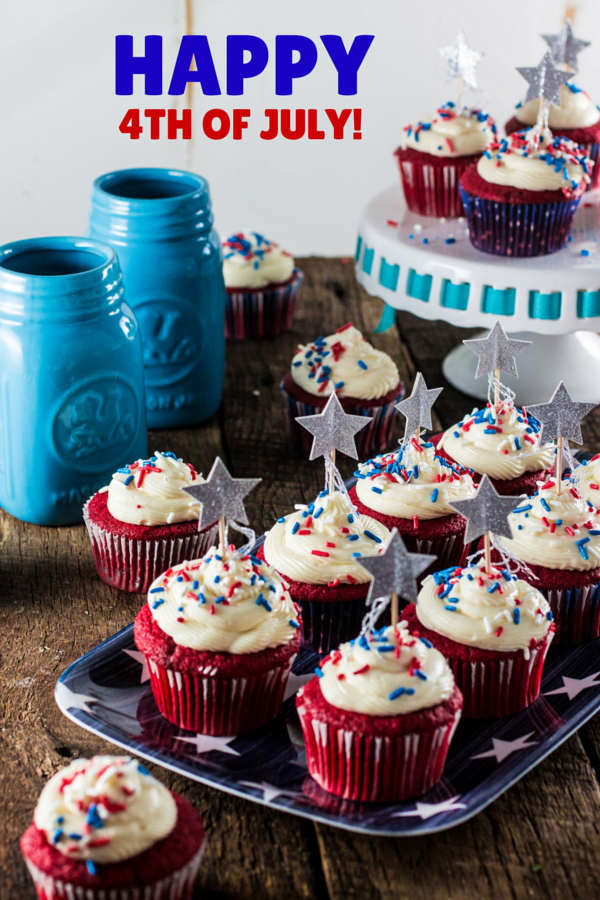 To make the icing:

NOTES
Feel free to customize the amount of red food coloring in the recipe. Add more or less depending on how red you want your cupcakes to look!