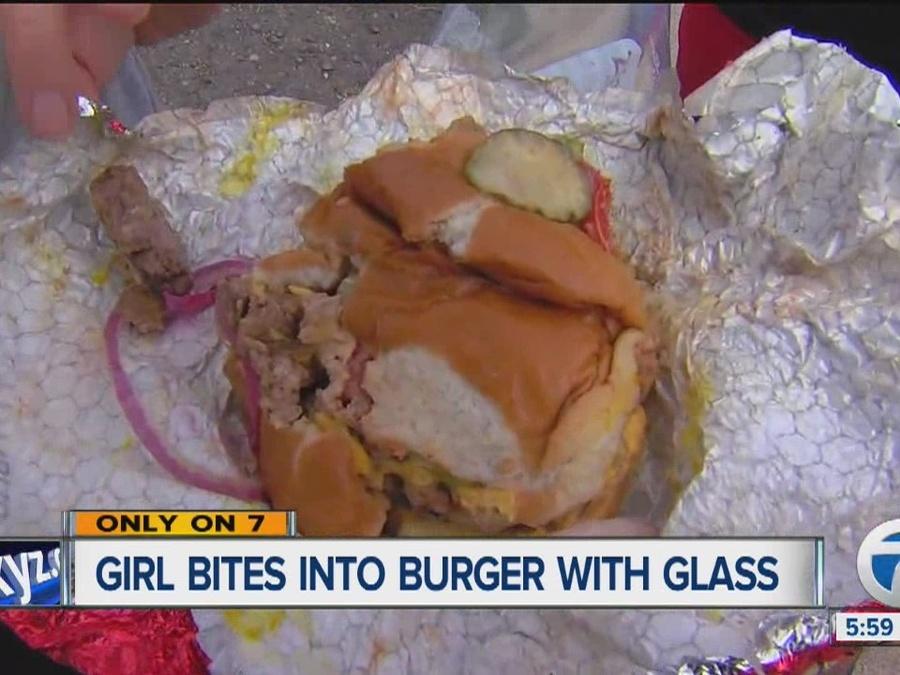 A mom in Southgate, Michigan, was horrified when her 3-year-old daughter bit into a burger that had glass inside while dining at a Wendy's restaurant.

"She bit into her burger, we were inside, and she started to crunch this super loud crunch...that wasn't normal," mother Vanessa explained.

SEE ALSO: Trump reveals what his first steps would be as president

The two were eating there to celebrate a good dentist visit.

"You can't think of your baby and what could happen and the things you don't know could happen...your mind just starts to race," she continued.

She then rushed to her daughter's aid and tried to get the glass out of her mouth. "As I was pulling her food out, I was pulling food out and blood out and I saw particles of glass on my fingers."

Vanessa then called the police and took her daughter to the hospital.

She said, "I hope to never go through anything like that again...think celebratory lunch at Wendy's wouldn't be such a nightmare."

According to the police report, the Wendy's manager said that there was broken glass in the back where food was being prepared.

The Starboard Group, which owns the restaurant where this happened, told ABC:

"This is an extremely unfortunate accident and we quickly investigated, it appears a light bulb may have broken during maintenance activity in the restaurant."

Vanessa's daughter is now at home recovering. Wendy's says they will soon be in touch with her and her family about the incident.

More from AOL.com:
911 call sheds light on moments before shooting
Colorblind brothers are moved to tears after seeing color for the first time ever
Author of Clinton tell-all struggles to back big claims