Meet the pro baseball player who scored a $2 million signing bonus and lives in a van he bought for $10,000 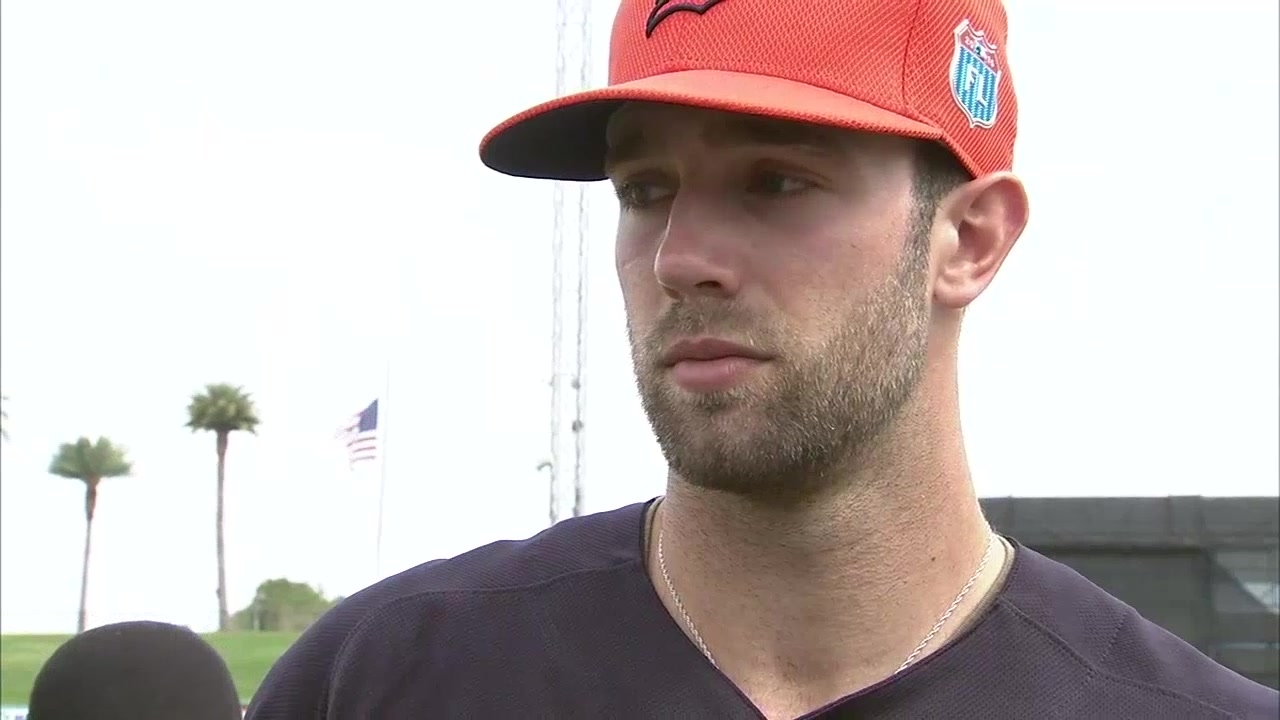 MLB pitcher Daniel Norris has always marched to the beat of his own drum.

The 23-year-old lefty was baptized in his baseball uniform; he has never tasted alcohol or tried drugs; and the first thing he bought with his $2 million pro baseball signing bonus was a $14 T-shirt.

He also chooses to live in a Volkswagen camper during the offseason. Read on to meet the pitcher, cancer survivor, outdoors enthusiast, and self-proclaimed nonconformist:

Norris, the youngest of three, grew up in the mountains of Johnson City, Tennessee. 'My parents hadn't raised a boy before,' he wrote in the Players' Tribune. 'So when I was about two years old, they were like, I guess we'll put him in ... sports?'

No matter who you are or what you do.. never give up on your dreams. This little guy right here in the Royals uni never did. & today those far out dreams became a reality. Can't put into words how good God is. - I have been called up to the MLB by the Toronto Blue Jays. #justkeeplivin #2peter318

He excelled at football and basketball in high school, but baseball — particularly pitching — suited his personality most. As he told ESPN, 'it can get quiet and lonely out there when you're pitching, which drives some people crazy. But that's my favorite part.'

Norris, right, as a sophomore in high school.

Much of Norris' lifestyle was influenced by his father (pictured), who owned a bike shop in Johnson City and raised his kids to embrace the outdoors and live simply. 'We would always go mountain biking or on family bike rides,' Norris wrote in the Tribune. 'We were always outside. So my love for the outdoors comes from how and where I was raised.'

It's official now. The hardest working person I've ever met has finally had the hard work pay off. Pops is retired. He sold the Bike shop after 35+ years of owning it. Can't put into words how happy we are for him that he gets to relax & go enjoy the rest of life with Mom. & get this. The new owner opted to keep the name Norris Bikes. Says the legacy is too great to think about changing it. I can't thank him enough for teaching me how to simplify life & work hard to sustain myself. God is so good to us. #justkeeplivin #NorrisBikes #shoplocal

In June 2011, Norris signed his first pro baseball contract with the Toronto Blue Jays. It came with a $2 million signing bonus, plus a deal with Nike. He was 18 at the time, straight out of high school, and did what most people would do with a fat check: He bought his dream ride ...

It's been real, Toronto... Until next year. Peace. #jklivin

... a 1978 Volkswagen camper. 'I knew after I signed [with the Blue Jays] that I was going to get a Volkswagen van,' Norris told GrindTV. 'It was my dream car.'

Full steam ahead into Spring Training games like... - awesome photo taken by @ben_moon up on the Oregon Coast. @yeti #offseason_film #yetiadventures

What's more, he turned his $10,000 mustard-yellow van — nicknamed 'Shaggy' — into a tiny house on wheels, which he lives and travels in during the offseason.

Happy Valentine's Day from me & mine. 🚌💛 #vanlife #together4ever - shot by @low_pez for @vice

One of the reasons he hits the road in the offseason is to keep himself busy once baseball is over for the year. 'If there's no baseball, I need to keep myself occupied or I'll go crazy,' he wrote in the Tribune. 'It keeps me grounded and allows me to recharge.' He also enjoys the simplicity of the van lifestyle: 'Living with less, even if it's only for a few months on the road, helps me keep things in perspective.'

Thank you to @thefouledanchor for asking me to help promote them. Locally, they are already a big hit but with the help of Social Media we can make them an even bigger hit. How? The website is now up... So, click on their handle, click on their link & then click Add to Cart on every item. 👍 Enjoy. Www.thefouledanchor.com #myworkhereisdone ⚓️ shot by @katherinewilliams

Norris is the first to admit that he's 'more comfortable being kind of poor.' In fact, he only spends about $800 a month and directs the rest of his money into conservative investments. 'Just because money is there doesn't mean you have to have nicer things than you used to have,' he told ESPN.

I'm absolutely honored to be a part of @ben_moon 's Faces Series. I don't really know where to begin with how much he has inspired me & how long I have looked up to him & his work. It was an unbelievable experience being able to travel with him & see his amazing photography take place. When he asked me to be a part of his #moon_faces I was truly stoked. Thanks for the memories & thanks for capturing my beardsicles from PNW frigid surf. #jklivin

Come baseball season, which kicks off with spring training in Florida, Norris road-trips south from his home in Tennessee, stopping to hike, camp, and explore the back roads along the way. While most players live in hotels or apartments during spring training, Norris can often be found in the Walmart parking lot, sleeping and cooking meals in Shaggy.

As for whether the van life takes away from focusing on baseball, Norris doesn't think so. As he wrote in the Tribune, 'it might be a little unconventional, but that's the only way I'm going to come back to spring training and have a great season. I need to start out happy and balanced — with things in perspective.'

He's a self-taught surfer, inspired by his favorite musician, Jack Johnson. 'It's so exhilarating, but mellow at the same time,' he wrote of surfing. 'It's this happy medium between being super intense, but completely relaxed. It's a lot like pitching.'

He also has a knack for photography — and for finding and connecting with interesting people on the road. While traveling, Norris takes portraits of folks he meets, uploads them to his Instagram account, and shares a sliver of their lives in his captions. Pictured is a mechanic he met in Denver, Colorado.

Jack/ Mechanic at Blazer's Automotive in Denver, CO. Specializes in vintage VW rebuilds, repairs & anything else that comes up. A perfect example of someone who needs some warming up before he opens up. - After standing around watching him work on my rig. I tried to make conversation to get the diagnosis. His grunts & mumbles slowly turned into a gentle, raspy but concerning tone explaining that he had never seen this type of damage to an engine before in all his years of repair. & with that.. I'll leave the story there. To be continued.... #yetiadventures

But his true passion is baseball. 'Above all my other hobbies and interests, I'm a baseball player first,' he wrote in the Tribune. 'Even when I'm out on the road, I never miss a workout. I'm working out twice a day, every day, whether I'm back home in Tennessee, out on the Oregon coast (another one of my favorite spots) or down in Nicaragua.'

I've been debating for months as to how or even if I should share this with people. - I'm a firm believer in the power of prayer. So now, I'm asking for prayers. - A few months ago, after I was optioned to AAA, I found out I had a growth on my thyroid. Flying back & forth from Toronto to Buffalo after pitching to have more and more tests done it was finally concluded that the growth is considered malignant.. Meaning it contained the C word.. cancer. Hearing this was alarming, yea. Weird, yea, that too. I was given the option to shut my year down & get it removed immediately. However, seeing another doctor that determined I could wait until the end of the season reassured my gut feeling. Just Keep Playing. Baseball kept me sane. Regardless of results on the field, I forgot about it when I was between the lines. Afterall, I was just trying to get the heck out of AAA. & I did. I was revived with an opportunity, a blessing from God, with the Tigers back in the Big Leagues. So yea, the power of prayer.. It got me through this season. Now that it's over it's time to get this thing out, so please keep me in your thoughts & prayers as I undergo surgery & come out 100% cancer free! As always,,, #justkeeplivin

It was a frustrating start to the 2016 season for Norris, who has been recovering from injuries and a battle with thyroid cancer. After being diagnosed in spring 2015, he made a full recovery in October. However, after a long hiatus, Norris is back: He was called up from the minor leagues to start for the Detroit Tigers in late June.

I appreciate all the thoughts & prayers. I'll be back in time for October. #jklivin #chasethelion

No matter what his future holds, baseball will always be on his mind. 'It doesn't matter what I'm doing. Whether I'm in the Pacific Ocean in Nicaragua waiting for the next good wave, or pledging devotion to my faith, I'm always thinking about baseball,' he wrote in the Tribune. 'I just can't escape it. Probably because I really don't want to.'

SEE ALSO: An MLB pitcher who scored a $2 million signing bonus chose to live in a van in a Walmart parking lot