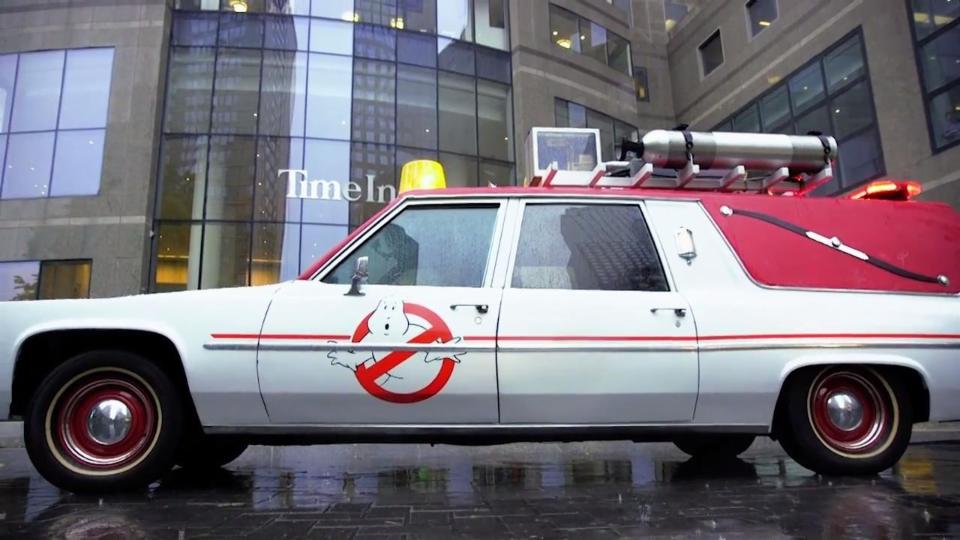 In a testament to Hollywood's and the automotive industry's deepening codependence, subscribers to the Lyft ride-sharing service will be able to request a lift in the Ecto-1 from Ghostbusters prior to the film's release.

On July 1 and 2, Lyft passengers in New York City, San Francisco, Los Angeles, Boston and Washington D.C. who request a car via Ghost Mode on the Lyft app receive a free ride in an Ecto-1 used in the film or a replica and the chance to win tickets to Ghostbusters premiere in Los Angeles. (Toyota Highlanders custom-wrapped to look like the Ecto-1 will fill in when the originals and replicas are all in use.)

The Ecto-1 driven by Bill Murray, Dan Aykroyd and Harold Ramis in the original Ghostbusters, released in 1984, was converted from a 1959 Cadillac ambulance. The Ecto-1 used in the franchise's latest incarnation is a repurposed 1980 Cadillac Fleetwood hearse, painted in a similar livery to the original, with Ghostbusters logos on the doors.

Tentpoles are increasingly leveraging the street-level marketing made possible by partnering with car companies and social media (the inevitable hashtag for the Lyft's Ghostbusterspromotion: #LyftGhostMode).

In a partnership between Lucasfilm, producers of Star Wars, and Fiat Chrysler Automobiles, Dodge muscle cars painted in the scheme of the First Order of Stormtroopers toured the streets of Los Angeles in the days leading up to the release of the seventh installment in the franchise last December.

READ MORE: Tom Rothman on 'Spider-Man' Plans and Loving 'Ghostbusters' Trolls: "Can We Please Get Some More Haters to Say Stupid Things?"