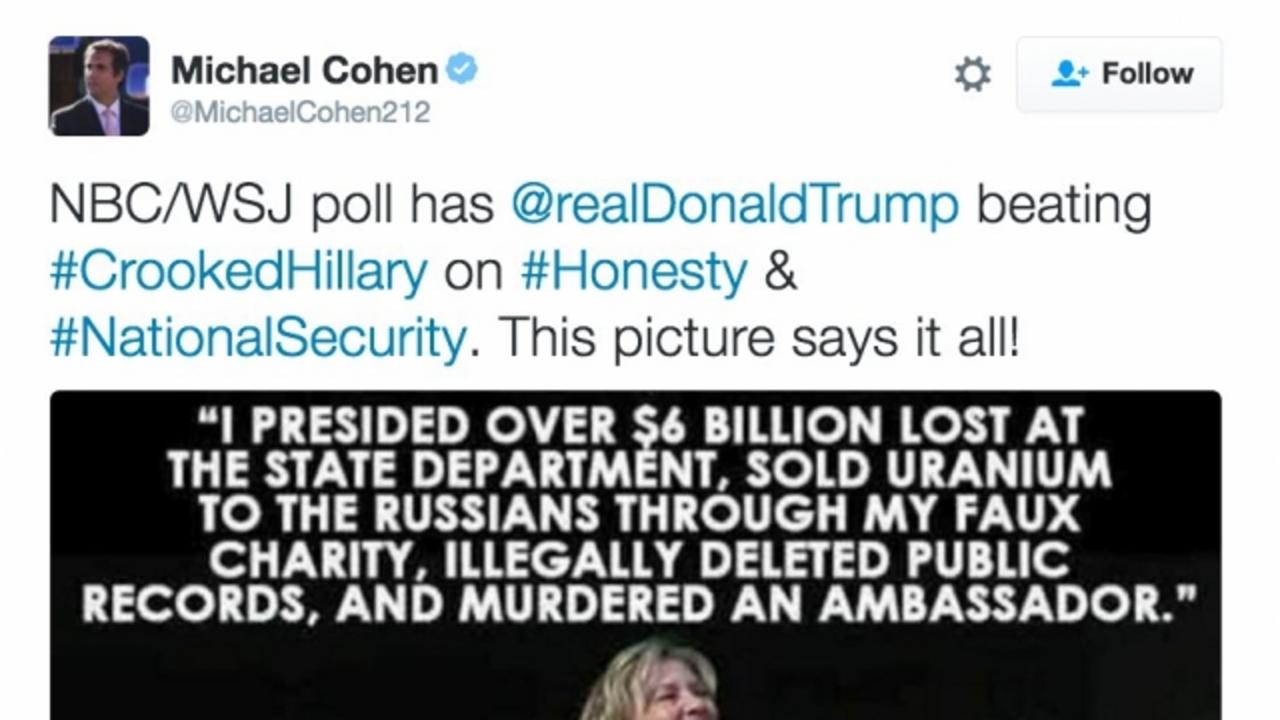 But it appears at least one person in his camp is also getting in on the action.

Michael Cohen, special counsel to Donald Trump at The Trump Organization, tweeted: "NBC/WSJ poll has @realDonaldTrump beating #CrookedHillary on #Honesty & #NationalSecurity. This picture says it all!"
The attached picture lists several criticisms of Hillary Clinton, even saying she "murdered an ambassador."

Click through images of Donald Trump's most controversial Tweets:


The "murdered an ambassador" part refers to the 2012 Benghazi attacks, where four American officials, including Ambassador Chris Stevens, were killed.

Clinton, now the Democrats' presumptive nominee for president, was secretary of state at the time.
On Tuesday, House Republicans released a lengthy report on the attacks. The report, somewhat surprisingly, didn't offer exceptionally strong criticism of Clinton's handling of the situation.

Cohen has recently stepped up his Twitter criticism of Clinton. However, his political history tells a slightly different story.

In 2014, he tweeted this picture of himself with Clinton and Rep. Patrick Kennedy and called them "two great Americans."

Cohen also told CNN in April he was a registered Democrat and, therefore, couldn't vote for Trump in New York's primary.

More from AOL.com:
Russian hackers believed to have breached Clinton Foundation computers
Trump says British EU exit a model for his campaign
Trump's 'unlimited' wealth may not be enough to fund his campaign