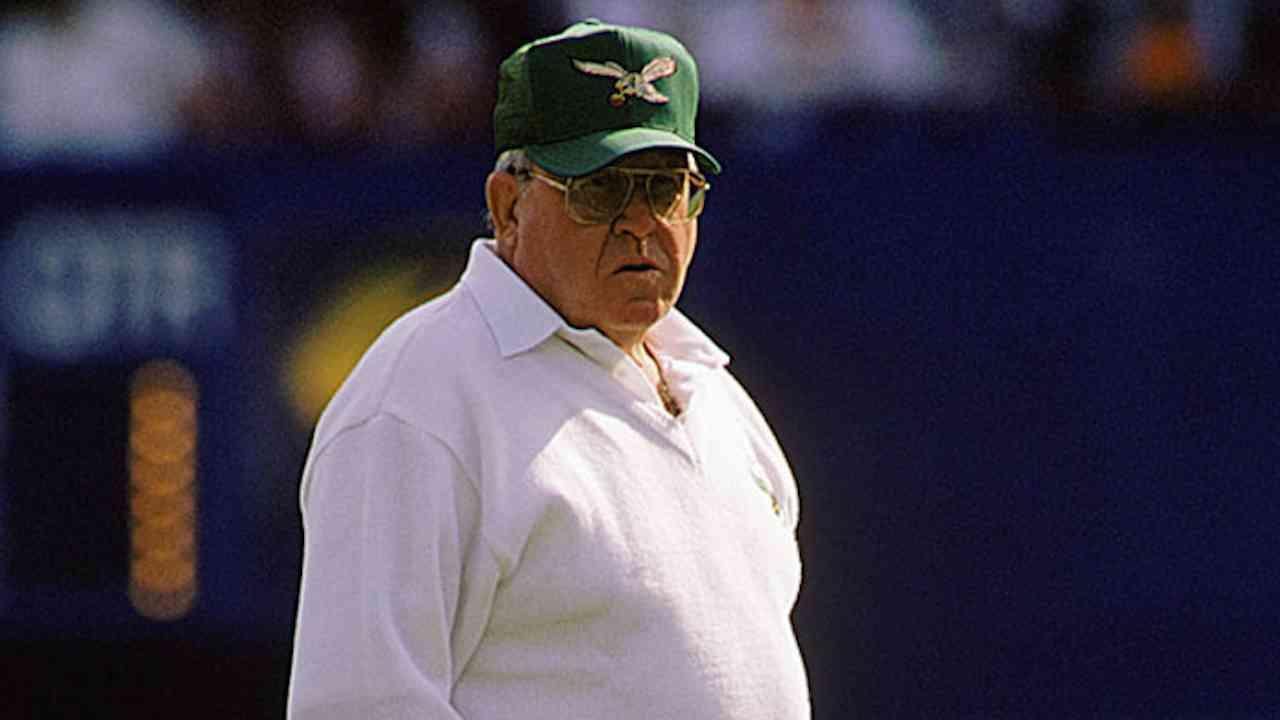 Buddy Ryan, father of NFL coaches Rex and Rob Ryan, field general of the legendary '85 Bears, Korean War veteran, and one of the greatest defensive coordinators to ever coach football, passed away today at the age of 82. Ryan was diagnosed with cancer in 2011 and suffered a stroke in 2015, so unfortunately his death isn't a surprise. As we remember Buddy Ryan's legacy, there's a certain moment in time that keeps on rearing its head, and it has nothing to do with the 46 defense or the Chicago Bears. It's a 1987 game against the Dallas Cowboys.

With less than 30 seconds left in a game that was already decided (the Eagles led by 10 points), Buddy Ryan called for a fake kneel. The pass from Randall Cunningham to Mike Quick fell incomplete, but a pass interference penalty was called, and Philly had the ball on the one yard line. One play later, Keith Byars leapt into the end zone, extending the Eagle's lead to 17.

The late touchdown prompted legendary Cowboys head coach Tom Landry to send members of his first-team defense back into a game where Buddy Ryan was running his replacements.

Ryan's tenure with the Eagles was less than successful, but this sequence of plays encapsulates the personality of the late legend. Ryan was brutally efficient, and I would expect nothing less from a man who wrote "QBs are overpaid, overrated, pompous bastards and they must be punished" in his playbook.

More from AOL.com:
Former NFL defensive coach Buddy Ryan dies at 82
Pat Summitt's character beams through letter to young basketball player
Simmons and Ingram expected to go 1-2 in NBA Draft, but then what?