Deep sea exploration crew spots bizarre fish that looks like a frog, legs and all 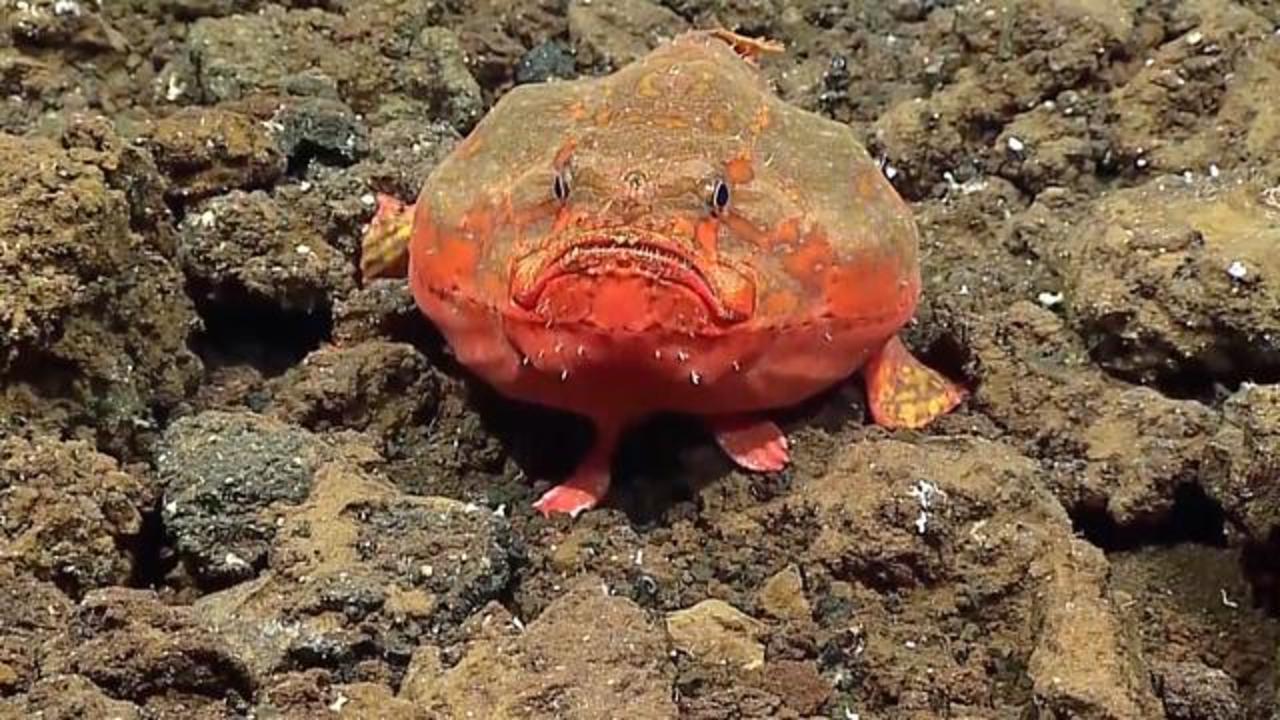 Known generally as a frog fish and specifically as a Chaunax, the underwater creature has flipper-like appendages that allow it to amble over the sea floor.

Evolution has also given the fish a distinct advantage when it comes to capturing prey.

Between its eyes is a lure that draws meals and snacks to within easy striking distance.

The footage of the Chaunax was gathered as part of NOAA's Deepwater Exploration of the Marianas.