Brexit: Here's what 3 billionaire investors are saying (and doing) 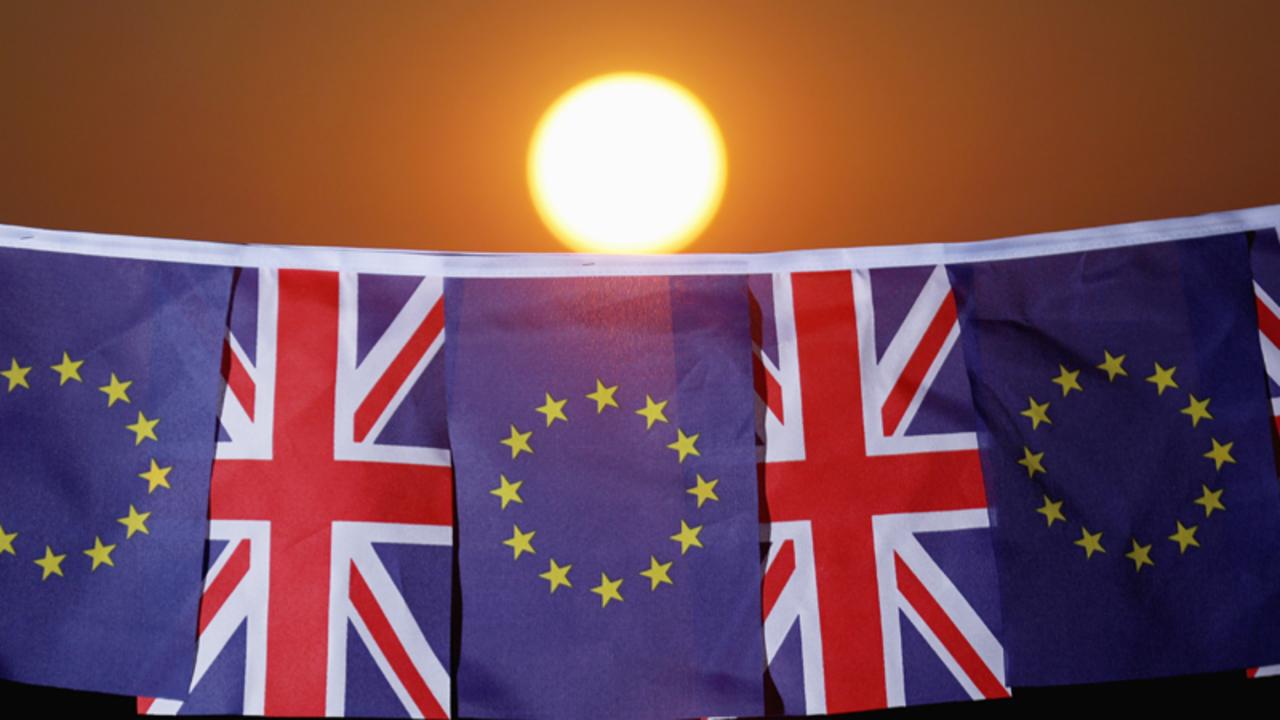 U.S. stocks are posting losses for a second day in a row on Monday, as the U.K.'s momentous Brexit vote continues to ripple through world markets. The benchmark S&P 500(SNPINDEX: ^GSPC) and the Dow Jones Industrial Average(DJINDICES: ^DJI) (DJINDICES: $INDU) are down 1.72% and 1.40%, respectively, at 1:13 p.m. EDT. In that context, it's worth seeking out the counsel of three billionaire investors with over a century's worth of investing experience between them: Warren Buffet, Howard Marks, and George Soros.

Speaking to CNBC at the end of April, the Oracle of Omaha hammered home the notion that he doesn't let macroeconomic developments interfere with his investing:

Reactions to 'Brexit'
Anti-establishment, populist, nationalist views leading to #Brexit parallels rise of Sanders & Trump in US & suggests Nov outcome uncertain
Of course Putin is happy about #Brexit. Undermining the integrity and success of the EU is a key project for him.
Conservative supporters of #Brexit completely under-estimate deeply disruptive effect of this vote and real harm to follow
"...and in the end, Britain, which had colonized the world, destroyed itself in fantasies that it was being colonized in turn" — historians.
Sterling gets trashed after #Brexit outcome but (cheeky) British wit shines through #EUref #FX $GBPUSD $EUR https://t.co/aFaQwYt4hH
#EuRef https://t.co/uCLqrJkmEW
The Brexit Diet: How to Lose Billions of Pounds in Just Minutes
That's enough fun for one evening. #Brexit https://t.co/zg149kEoVY
I'm so angry. A generation given everything: Free education, golden pensions, social mobility have voted to strip my generation's future.
Time to make a pot of tea and turn the television off for a while! 🙂
Stop the world im getting off LG x
No matter the outcome, #Brexit polls demonstrate how quickly half of any population can be convinced to vote against itself. Quite a lesson.
Up Next

Speaking to Bloomberg Television the day after the referendum, Howard Marks, whose memos are a favorite of Warren Buffett, demonstrated wisdom and humility (my emphasis):

On the futility of forecasts:

I don't believe much in forecasts. I also think that at a point in time like today, it's extremely hard to think you know what the future holds. The most important thing in our business is to know what you don't know and I don't think anybody what the long-term implications of [Brexit] are and we shouldn't confuse ourselves on that. There's no recipe, there's no history for this kind of development, so I don't see how anybody can be confident that they know what it means.

On the impact of Brexit:

I also think there will be a psychological effect, as people pull in their horns and spend less and invest less, but I'd be surprised to learn that this is a long-term fundamental negative for these countries.

The reaction is very strong in the markets, but the question is: Are people are going to live differently? Are people going produce less and are people going to buy less? ... Even when there are crashes in the stock exchange, the people outside are still buying hot dogs.

Other than psychological contagion -- which should not be underestimated -- I don't think that this is a fundamental catastrophe. Now, I do think that there will very strong societal, and political, and geographic ramifications, but I have trouble viewing it as a financial catastrophe.

On how not to react to Brexit:

["Sell first and ask questions later"] doesn't sound like a very clever or stable position. There's an old saying I've heard for many, many decades -- as long as I've been in this business -- that markets abhor uncertainty, and they do. But I think that doesn't make them necessarily correct in their abhorrence. So what it means is that when uncertainty rises, people get uncomfortable and, yes, they do sell. But that doesn't make them right and I don't see why increased uncertainty in itself makes selling the right thing to do. It's always a matter of what are you selling, at what price? What are the things that might happen? What are their probabilities?

George Soros is sometimes referred to as "the man who broke the Bank of England" for reaping $1 billion-plus on a bet against the British pound when the currency was forced out of the Exchange Rate Mechanism in 1992. Writing at Project Syndicate two days after the referendum, he paints a bleak picture (my emphasis):

Now the catastrophic scenario that many feared has materialized, making the disintegration of the EU practically irreversible. Britain eventually may or may not be relatively better off than other countries by leaving the EU, but its economy and people stand to suffer significantly in the short to medium term. The pound plunged to its lowest level in more than three decades immediately after the vote, and financial markets worldwide are likely to remain in turmoil as the long, complicated process of political and economic divorce from the EU is negotiated. The consequences for the real economy will be comparable only to the financial crisis of 2007-2008.

Contrary to 1992, when he was short the pound, Bloomberg reports that Soros Fund Management was long the pound going into the Brexit referendum. The pound fell 8% last Friday, according to data from Bloomberg, achieving a 31-year low in the process.

Soros will have done rather better on two positions he held at the end of the first quarter (assuming he was still holding them on Friday). During the first quarter, Soros Fund Management bought call options (a bullish bet) on 1.05 million shares of the SPDR Gold Trust ETF. The family office also more than doubled its put option position (bearish) on the SPDR S&P 500 ETF, which tracks the benchmark S&P 500 index of large-capitalization U.S. stocks, giving it the option to sell 2.1 million shares, up from one million at the end of last year.

RELATED: Supporters react in favor of the Brexit vote:

Quote of the day

Mann is a 26-year old hedge fund manager based in Larue, Texas (population: 2,962). Less than three weeks ago, he posted a report recommending shorting European financials on SumZero, a social network for professional investors.

The $15,834 Social Security bonus most retirees completely overlook
If you're like most Americans, you're a few years (or more) behind on your retirement savings. But a handful of little-known "Social Security secrets" could help ensure a boost in your retirement income. For example: One easy trick could pay you as much as $15,834 more...each year! Once you learn how to maximize your Social Security benefits, we think you could retire confidently with the peace of mind we're all after. Simply click here to discover how to learn more about these strategies.

Alex Dumortier, CFA, has no position in any stocks mentioned. The Motley Fool owns shares of and recommends Berkshire Hathaway (B shares). The Motley Fool recommends Oaktree Capital. Try any of our Foolish newsletter services free for 30 days. We Fools may not all hold the same opinions, but we all believe that considering a diverse range of insights makes us better investors. The Motley Fool has a disclosure policy.

More from The Motley Fool:
Brexit Proves (Yet Again) That George Soros Is a Brilliant Investor
Why Financial Markets Are Getting "Brexit" Wrong
This Labor Market Trend Could Puncture the Stock Market Bubble