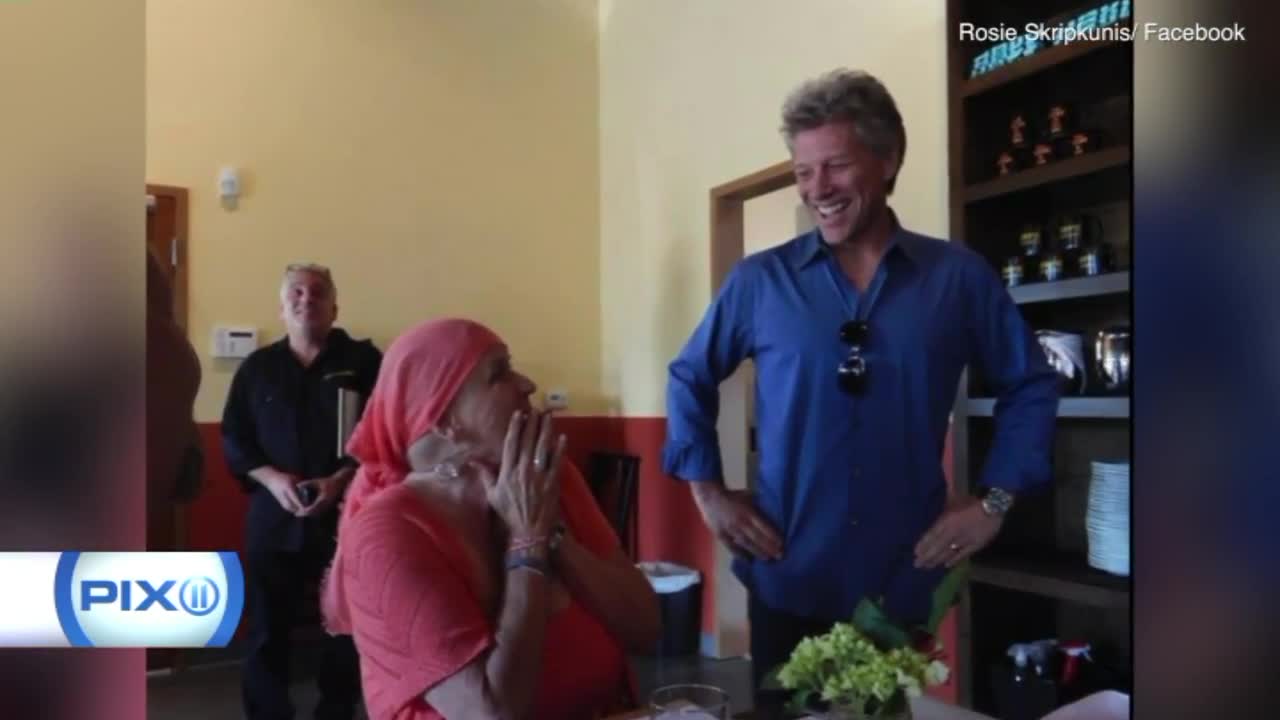 Jon Bon Jovi made a trip to his JBJ Soul Kitchen in Toms River, N.J., to give a fan a special surprise.

The New Jersey native and the staff at the non-profit community restaurant worked together to surprise Carol Cesario, who is fighting stage 4 lung cancer. Cesario's wish to meet her favorite rock star came true on Saturday (June 25) at a dinner arranged by Bon Jovi.

"Today my mom's dream came true!," Cesario's daughter, Rosie Skripkunis wrote on Facebook. "After loving Jon Bon Jovi for 30 years she finally met him. He invited our family to his restaurant for dinner and surprised her. He spent almost two hours hanging out with her and just chatting with my family."

Bon Jovi broke bread with the family and gifted Cesario with an autographed guitar and book. She also got an extra special private first listen of the forthcoming Bon Jovi album This House is Not For Sale.

"What you did for our family is amazing and we are so grateful. This has been one of the best days of our families [sic] life," Sripkunis wrote. "Seeing my mom this happy filled me with so much joy. I still can not believe this happened. Jon is a[n] amazing human. We appreciate everything he did for our mom and for our family today."

The JBJ Soul Kitchen is a "Pay It Forward" community restaurant that serves an in-need and paying customer. Diners can "earn their meal" by volunteering at the restaurant. Paying diners directly affect change by purchasing a Pay It Forward certificate. By paying $20 or more, they defray the cost of an in-need meal.

The eatery, which offers a SoHo-like dining experience with nutritious, upscale fare and no prices listed on the menu, is located at 1769 Hooper Ave., Toms River. It is the second location in New Jersey, with the original restaurant located at 207 Monmouth Street, Red Bank.

More on AOL Entertainment:
This teen's Beyonce-themed prom entrance was everything we wish ours would have been
Veep EP confirms major Season 6 reinvention: 'It's uncharted territory'
Here are what the girls from Disney Channel's 'Double Teamed' are up to now!
Tags
Read Full Story