Poll: Majority of Republicans prefer someone else to Trump 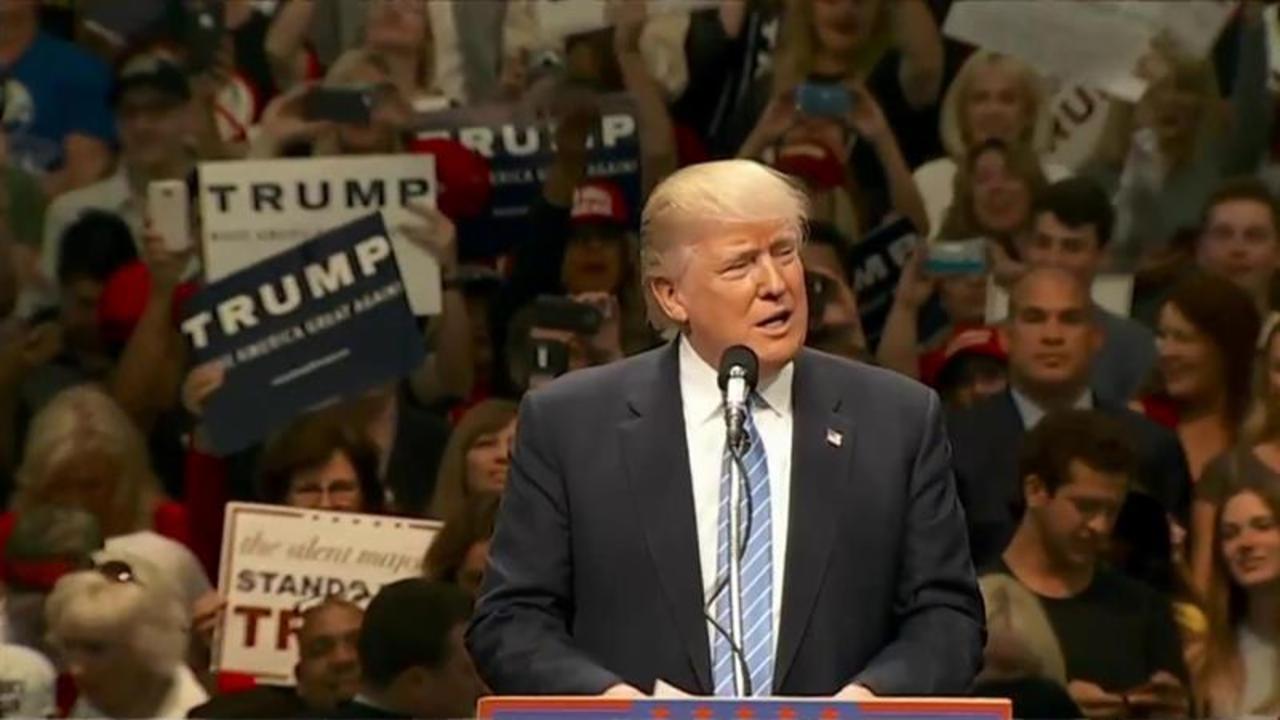 Just 45 percent of Republican voters say they are satisfied with Donald Trump as their party's presumptive presidential nominee, while 52 percent say they would have preferred someone else, according to results from the latest national NBC News/Wall Street Journal poll.

By comparison, the numbers are reversed for Hillary Clinton among Democrats - 52 percent of Democratic voters are satisfied with Clinton, and 45 percent prefer someone else.

GOP attitudes about Trump break along ideological and educational lines. By a 53 percent-to-45 percent margin, conservative Republicans say they prefer a different nominee to Trump, while moderates are split 49 percent to 49 percent.

The NBC/WSJ poll - conducted June 19-23 - comes after Clinton became her party's presumptive nominee; after the tragic terrorist attack in Orlando, Fla.; and after a rough three-week stretch for Trump's campaign, which included a renewed effort by some Republicans to deny him the nomination next month.

Indeed, 55 percent of all registered voters in the poll said that what they had seen, read and heard about Trump over the last couple of weeks had given them a less favorable view of the real-estate mogul, while 20 percent had a more favorable view.

On the issues: Trump leads on changing Washington, Clinton on handling a crisis

Despite those perceptions, the 2016 horserace remains competitive with Clinton ahead of Trump by five points - up just slightly from Clinton's three-point lead in May.

What's more, these same voters give Trump the edge on being honest and straightforward (41 percent to 25 percent).

But voters give Clinton the advantage on being a good commander-in-chief (44 percent to 32 percent), on being able to unite the country (40 percent to 26 percent) and on having the ability to handle a crisis (48 percent to 34 percent).

Also in the poll, President Obama's job-approval rating stands at 51 percent, which is unchanged from last month.

Thirty-six percent of voters agreed with Obama's handling of the terrorist attack in Orlando, versus 34 percent who disagreed (+2)

And 21 percent agreed with Donald Trump's handling, versus 35 percent who disagreed (-14).

Finally, 49 percent of voters say they oppose Trump's previous call for temporary ban of Muslims being able to enter the United States, including 73 percent of Democrats, 53 percent of independents but just 23 percent of Republicans.

By contrast, 34 percent support the ban, including 59 percent of Republicans but only 12 percent of Democrats and 31 percent of independents.

The NBC/WSJ poll was conducted June 19-23 of 1,000 registered voters, including 450 cell phone-only respondents and another 50 reached by cell but who have a landline. The survey has a margin of error of plus-minus 3.1 percentage points.